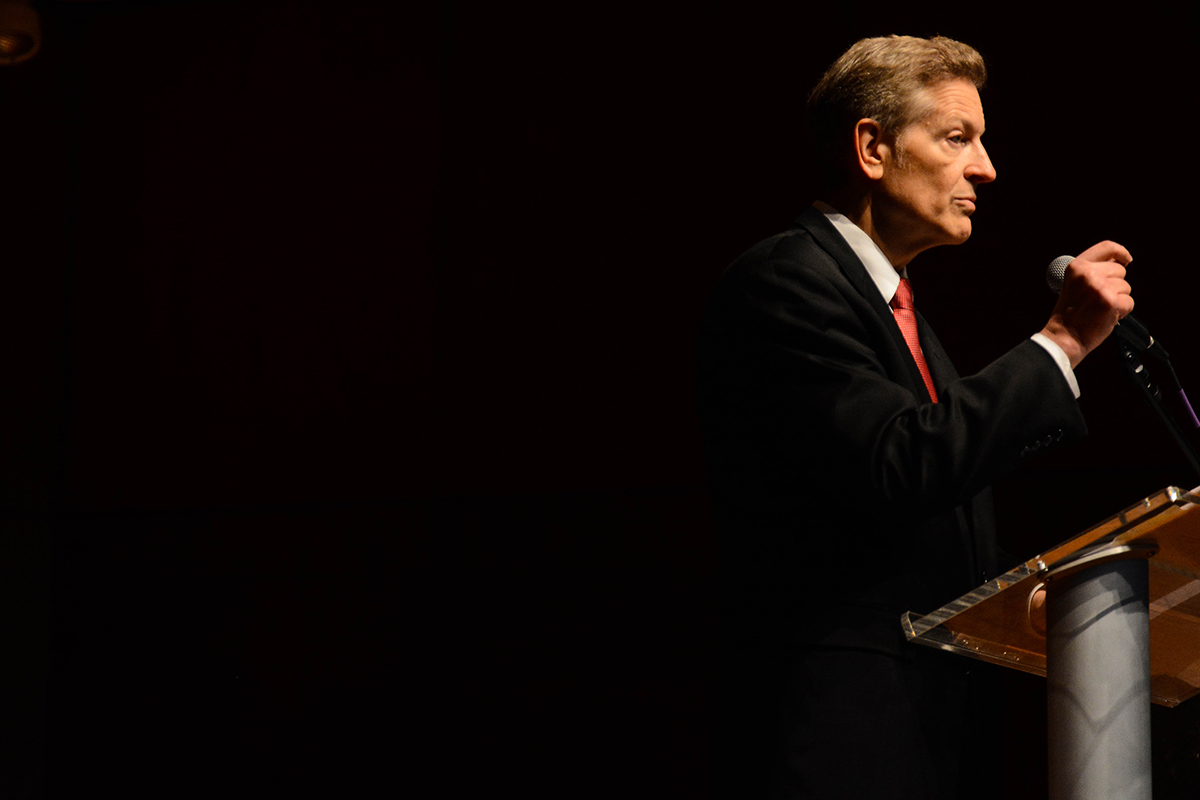 A constitutional scholar recently visited campus to discuss free speech and how it pertains to colleges.

Thomas Lindsay, with the Texas Public Policy Foundation, said more than half of the nation’s colleges and universities have policies that may be in violation of the First Amendment.

Lindsay, director of the foundation’s Center for Education Innovation, based his claim on a study from The Foundation for Individual Rights and Education, a nonpartisan watchdog that monitors free speech on college campuses.

In that group’s latest study, just under a third of the institutions surveyed received the worst possible rating for free speech on campus, according to Lindsay, who added that 58% have policies that were found to violate the First Amendment.

“If we lose free speech on our public university campuses, we will lose it in the public square,” Lindsay said during his Nov. 15 speech in Wolfe Recital Hall.

He also shared a study published in 2011 called “Academically Adrift,” in which the authors observed that since the 1960s, college administrators have “largely withdrawn from oversight of manners and morals,” which Lindsay credits as “helping to create all the horror stories about atrocities against free speech on college campuses.”

Lindsay suggested the best course of action is for universities is to join the Chicago Statement, which originated in 2016 at the University of Chicago and affirms that teaching and learning are central to a university and that students and faculty must be able to speak freely and disagree. Sixty schools have sighed on so far, he said.

Lindsay said he hopes 600 schools will sign on to the Chicago Statement within the next five years.