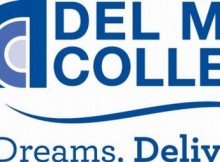 The increase would allow the college to continue to provide services to students such as golf cart rides, financial aid workshops, free transcripts and more, according to Rito Silva, vice president of student affairs.

“We never want to get to a situation where we have to increase tuition dramatically,” Silva said.

Tuition was last raised in fall 2018, when it increased $3 per credit hour. The student service fee, which funds cultural programs, intramurals and more, increased from $7 to $15 that same year.

The Board of Regents is expected to hear the proposal at its Feb. 4 meeting. If approved, the cost per credit hour would go from $67 to $69.

The increase would also go to the college’s operating costs such as office supplies, faculty salaries and benefits, according to Raul Garcia, vice president and chief financial officer.

“We want to keep it a steady and modest increase. In order to continue to retain and attract our students we need to keep tuition at a reasonable cost,” Garcia said.

“They’ve just got to think of the bigger picture,” Patlan said.

History major Alyssa Guerrero said she opposes the increase, adding that she favors Del Mar over four-year schools because of affordability.

The Student Government Association brought back the golf carts once construction of the General Academic and Music Building on East Campus was completed this semester to help students cover more ground.

Many students benefit from the service, from those with disabilities to those who have class on the other side of campus.

The need and demand of these golf carts by the students will determine how long and how many carts will stick around, the SGA said at its first meeting of the semester.