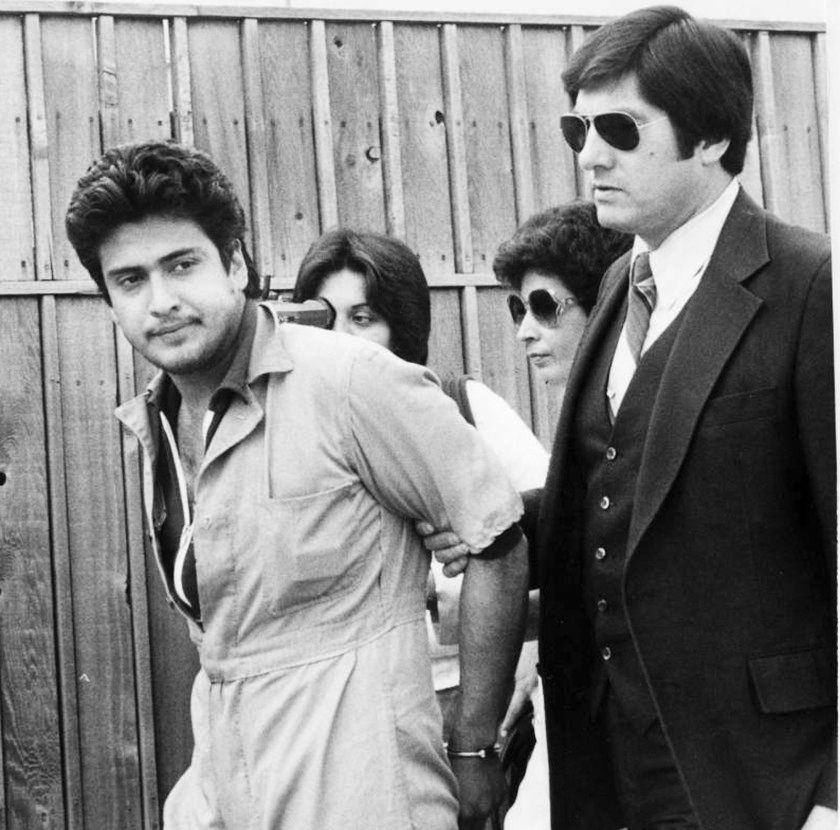 ‘The Phantom’ explores case of Carlos DeLuna, who was executed for crime

Filmmaker Patrick Forbes examines a brutal 1983 murder in Corpus Christi in the documentary “The Phantom,” streaming now on Netflix.

Forbes focuses much of the film on Carlos DeLuna, one of many who have been recklessly accused and fell victim to wrongful convictions resulting to the death penalty.

DeLuna was captured by police hiding under a truck near the scene of Wanda Lopez’s murder. Lopez was working the night shift at a Sigmor Shamrock gas station when a man with a knife outside of the store caught her attention. Lopez called 911 and was brutally stabbed while on the phone with police.

DeLuna ardently objected to the automatic profiling from the police and eventually accused a man named Carlos Hernandez. But, with his own criminal record hanging behind him, his claim was met with dismissiveness.

The documentary, filmed largely in Corpus Christi, shifts to the introduction of each character present during the time of the DeLuna case starting with the eyewitnesses and their questionable testimonies. It then cuts to the attorneys, Hector De Pena Jr. and Jimmy Lawrence, with dark cinematic lighting, shadowing the mistreatment of the attorneys’ attitude toward the preceding of the case.

Forbes then shows tiny snippets of DeLuna’s objections with him overtly stating since the beginning that they apprehended the wrong person.

DeLuna’s brother Manuel then brings insight to DeLuna’s characteristics but assures he believes his brother is innocent. Walking past his old family home complex he states because they were in the “barrios” he emphasizes Carlos’ verdict was already predetermined from the get-go.

As the documentary progresses the credibility of DeLuna’s trial starts to unravel with cuts to the police, reporters and eyewitnesses, all second guessing their perception of DeLuna and realizing he may be innocent after all.

Fourteen 14 years after DeLuna’s execution, New York District Attorney Steve Schiwetz revisits the case and a haunting revelation appears that the so-called Carlos Hernandez was in fact a real person.

Uncovering the layers of negligence towards DeLuna’s case led to the knowledge that DeLuna and Hernandez did know each and were both present the night of Lopez’s murder, according to the documentary.

As Forbes lays out the extent of all the evidence mishandled during the time of the case it correlates to the agenda of “if you fit the profile you’re our guy” in low-income POC groups in Texas. Unfortunately, DeLuna was a victim of this, but his case can be the first to finally open the door to this prejudiced, historical issue.

In the end, there was no justice for Lopez either, as Hernandez died from cirrhosis of the liver in 1999.