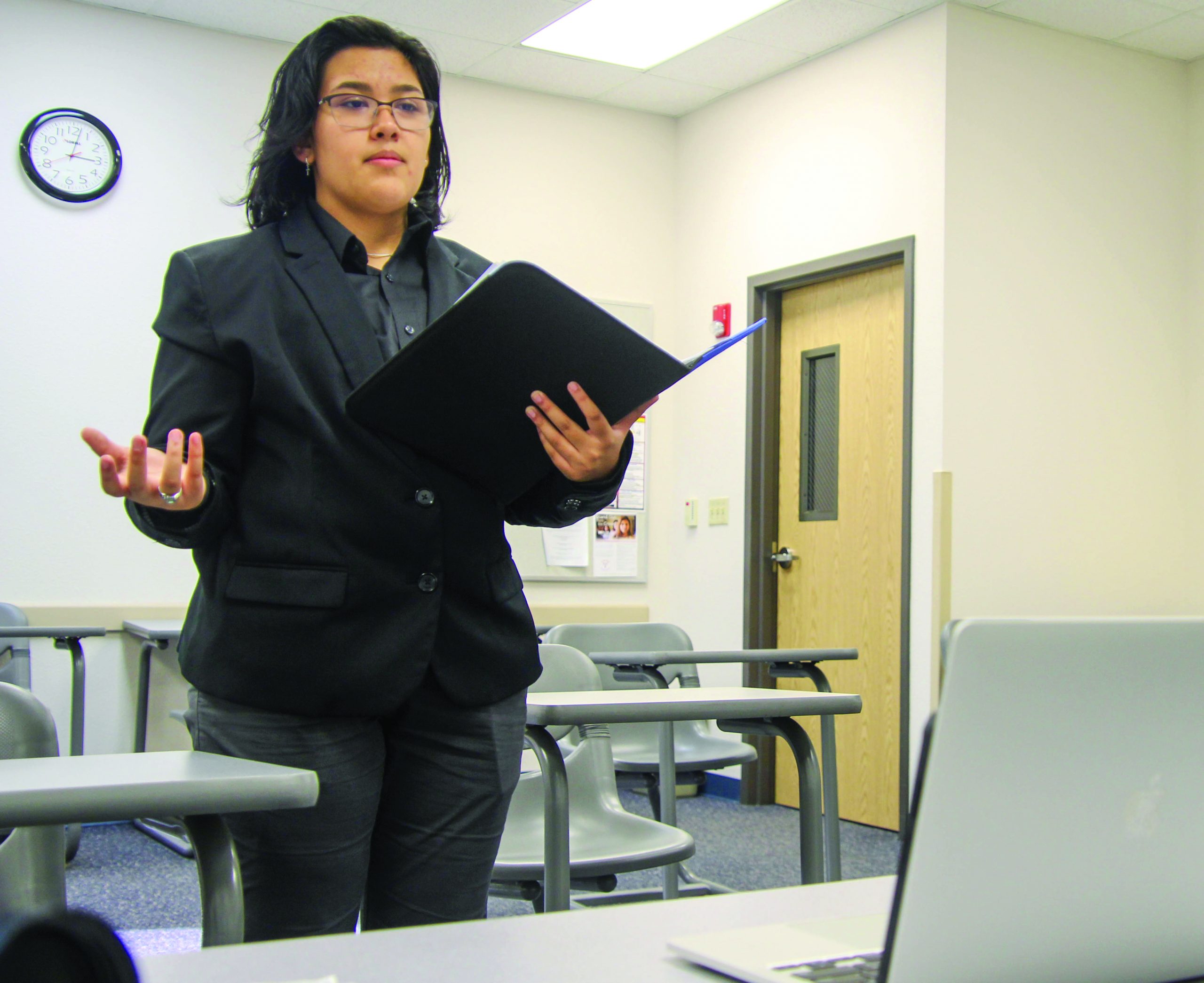 The Vocal Vikings speech and debate team won hardware at its first tournament of the semester with third-, fourth- and fifth-place finishes from the Bayou Bucket swing tournament.

Students competed in Poetry, Prose, Impromptu, and Informative Speaking against Texas State, Rice and Arizona State, along with several other universities and colleges across the country. The Oct. 23-24 competition was held virtually.

“What I’ve gained from the first tournament is better communication skills. How everyone spoke and interpreted their own pieces was different and it was nice to experience the variety of everyone’s personality and what communication meant to them,” Vela said.

The team is led by Director of Forensics Sarah Contreras, a professor of speech communication.

“I am so glad to be back. We’re looking forward to face-to-face tournaments. I’m proud of our community for creating virtual tournaments during the pandemic to keep us going but nothing replaces a live audience,” Contreras said.

For more information on how to join the Vocal Vikings team, contact Contreras at 361-698-1566 or slcontrer@delmar.edu, or stop by Suite D206 in the General Academic and Music Building on Heritage Campus.

The next competition, the Fall TIFA swing tournament, will be held virtually Nov. 6-7 where students will compete against other Texas schools.