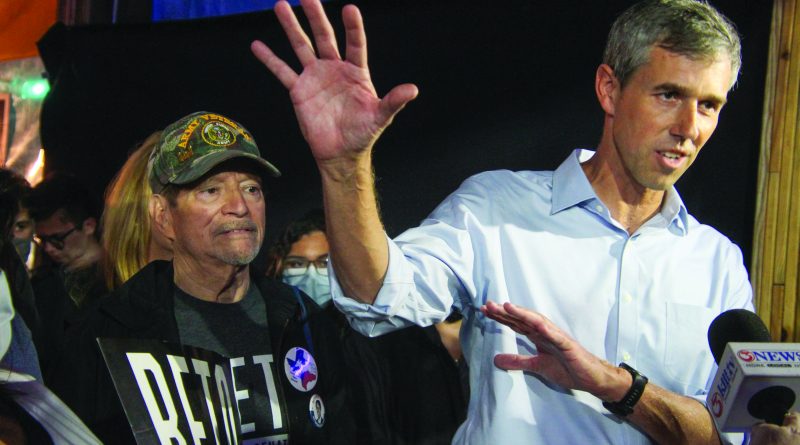 Governor candidate Robert “Beto” O’Rourke made his way to Corpus Christi on Nov. 18 as part of his grassroots campaign for a meet-and-greet with supporters.

While he only spoke for a brief time, Beto shook hands with those who came out to support him at the La Playa restaurant downtown. However, he was also faced with several protesters outside the venue who are against the Democrat’s campaign for governor.

Some of the 100 or more supporters waited for over an hour to shake his hand and expressed how pleased they are with his opposition to Republican Gov. Greg Abbott.

“We need a change in the Democratic Party and I believe Beto is that change. This is a Democratic revolution and people need to vote,” said Cinia Clarich-Montoya of Corpus Christi.

Beto told the crowd the future of Texas jobs is in Corpus Christi because of the oil and gas industry and the Port of Corpus Christi.

“Oil and gas are so critically important and we want to protect those jobs but we also have a growing renewable energy industry here at the port which is powered by renewable energy. With these two sources of power, they are going to create the jobs that we need to have in this state,” Beto said.

He also re-iterated his anti-gun stance as well as his support for expanding Medicare, teacher pay increase and funding the arts programs in public schools.

About a dozen protesters outside the venue held signs and yelled chants through megaphones, which caused Beto’s campaign team to block the clear screen where protesters were seen through.