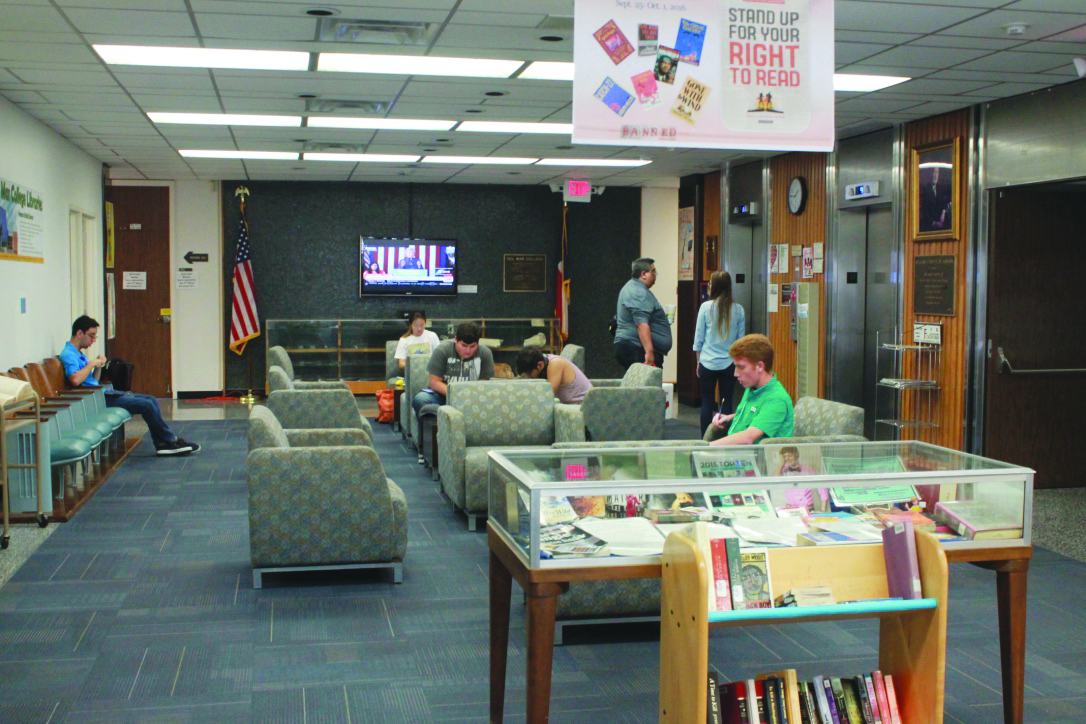 Law Library to be moved to second floor of building

The library is often one of the most vital college resources. The White Library on Del Mar’s East Campus is no exception, but there are some big changes in its near future as Del Mar looks to build an on-campus police force.

Two rooms on the first floor, one the former Law Library and the other a storage room, will soon become offices for the Security and Safety Department, according to Sally Bickley, interim director of libraries. This move is the first step in a broader plan to bring a full campus police force to the school.

The Law Library will be moved to the second floor and the stored items will be shuffled around to other storage spaces. Bickley, however, said there have been talks of potentially taking over the lobby area, as you enter the White Library, and reallocating that space to the dispatch team for security services.

Michael Alvarado, a student who was studying in the library on a recent Wednesday, prefers the lobby area.

“Everything gets taken up upstairs; here people can just come and go,” Alvarado said.

According to Lauren White, interim chief of security, the move will consist of five employees, including herself. The offices that will be vacated will be returned to the Physical Facilities Department for future use.

“The space will allow us better customer service to students, faculty and staff,” White said. “The position makes it more centrally located and will make it easier for anyone to find the department.”

Bickley said the move will benefit students and members of the community who use the library and that she is pleased to have the added security. She said there have been some issues with vandalism and the move will “provide a measure of security for the library that they couldn’t provide if they’re across the parking lot.”