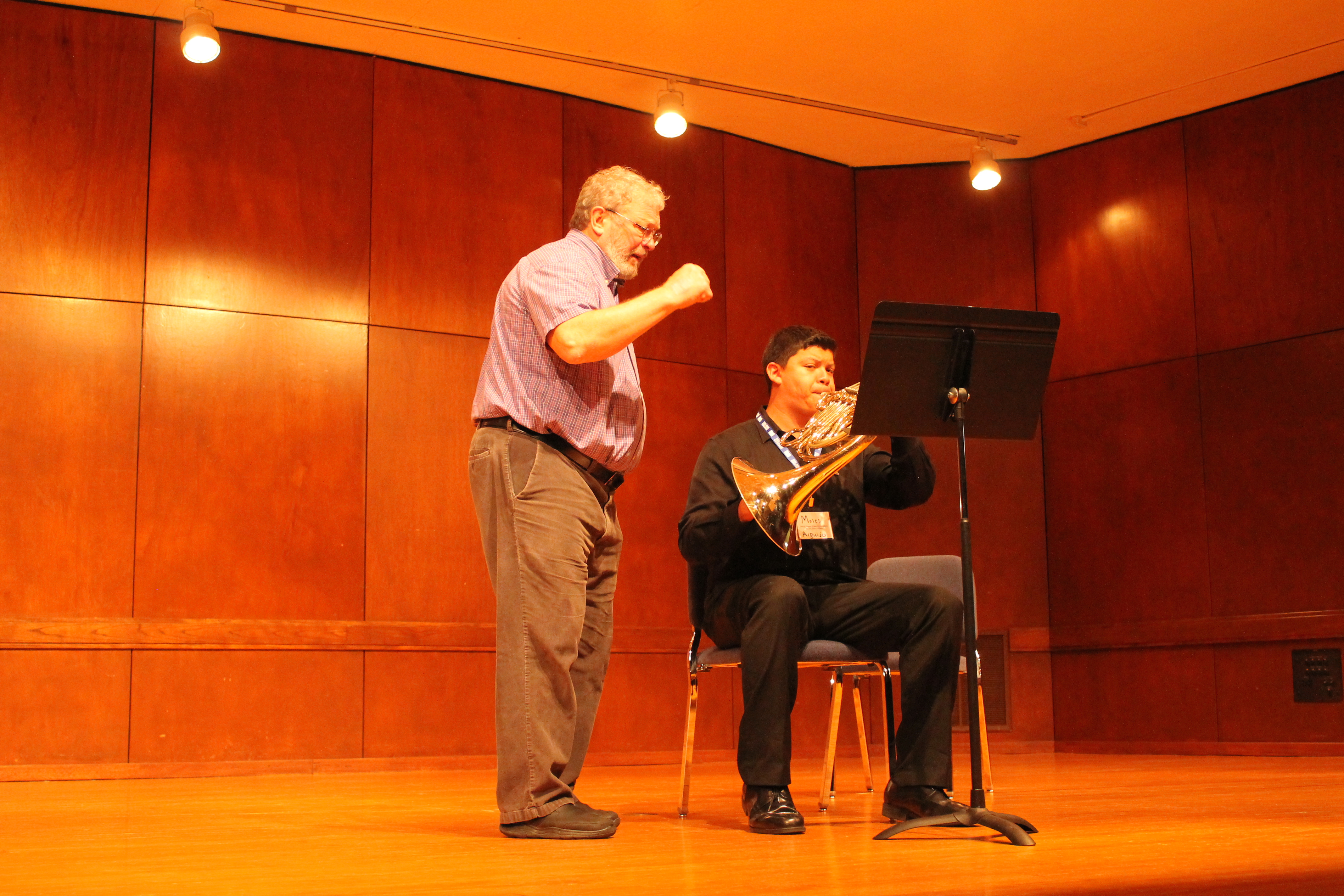 When horn player Matthew Solis took the stage in front of a well-known musician, his adrenaline was pumping.

“It was nerve-wracking, exciting and very helpful,” Solis said of performing in front of Scharnberg, a principal horn player of the Dallas Opera Orchestra and Wichita Falls Symphony. “I’ll take his advice he gave me on my breathing and tone quality.”

Solis was one of several DMC students who got tips from Scharnberg and professional tuba player Patrick Sheridan March 3-4 at the South Texas Brass Symposium.

The event, in the Fine Arts Music Building, was created to promote the performance, education and awareness of brass music in South Texas. Both days included masterclasses and clinics from the professional artists and other brass players.

Scharnberg started off the event with a masterclass in the Wolfe Recital Hall. Horn player Laura Deleon performed on stage and received advice from Scharnberg.

“It was awesome. I liked his input and you could tell he was experienced,” Deleon said. “I learned a lot and took notes from him.”

Another artist hosting a masterclass was Lauren Eberhart, second trumpet player in the San Antonio Symphony. She worked one on one with trumpet players on how to produce a perfect tone while playing the trumpet.

“I came to answer certain techniques I want to learn such as throat tones, musically, and to have this experience,” said student Mikey Cantu, who has played the trumpet for 12 years. “I learned to make my breath my calling card and let it come natural when I play,” Cantu said.

Other events included recitals from the Corpus Christi Trombone Society directed by Donald Pinson, assistant professor of trombone/lowbrass, and a performance from Eberhart accompanied with pianist Viktor Valkov, who performed with Sheridan and Scharnberg to close out the event.

Solis said his best advice who came from Sheridan, whose multicolored tuba fascinated many in the audience.

“Don’t worry about what else is going on and just play the music,” Sheridan told Solis.