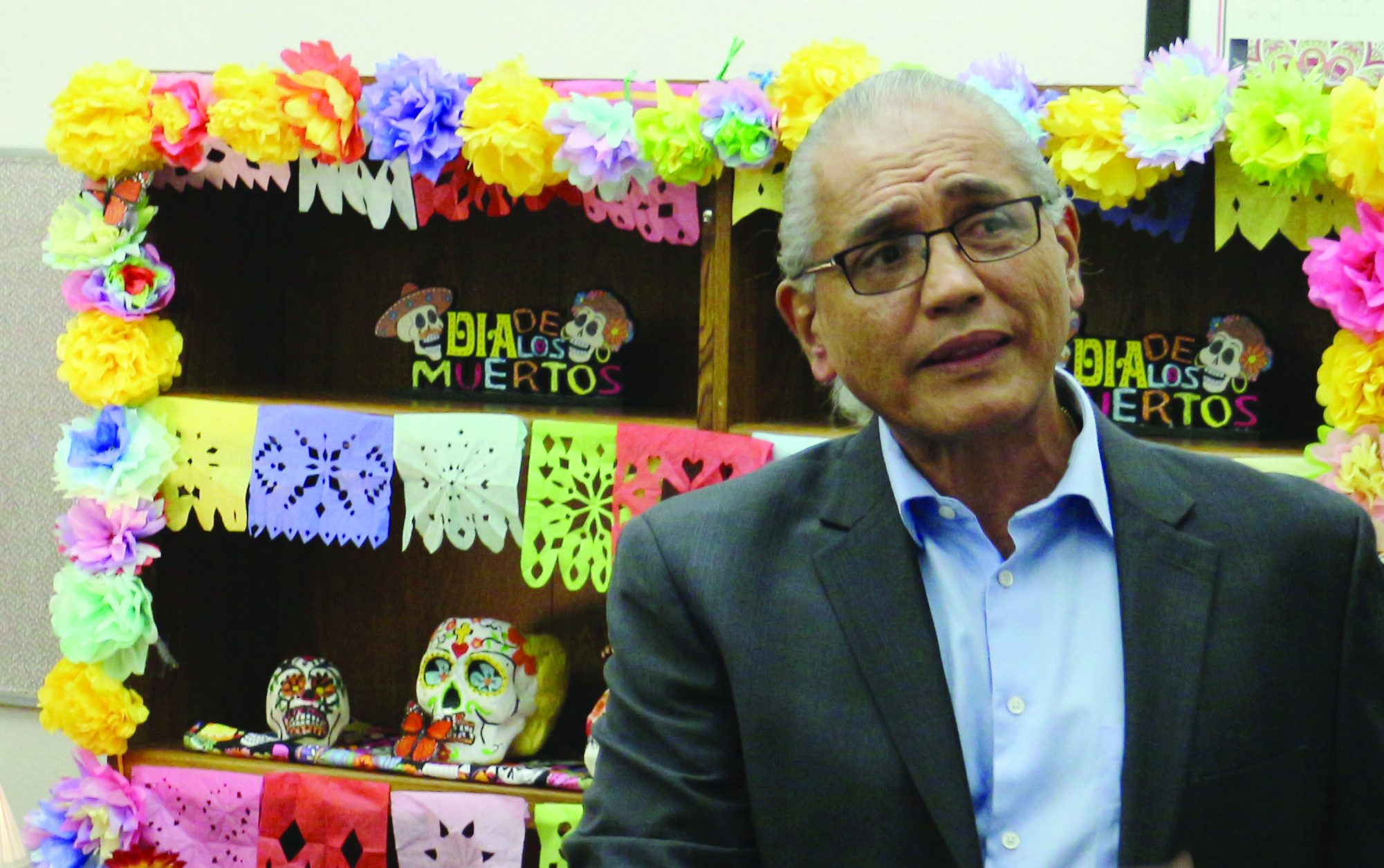 In observance of Dia de los Muertos, the Center for Mexican American Studies constructed an ofrenda dedicated to Del Mar staff and family members who died during the COVID-19 pandemic.

Día de los Muertos is a Mexican holiday coinciding with the Catholic holy days of All Saints’ Day and All Souls’ Day, which fall on Nov. 1 and Nov. 2 respectively. It is believed that the souls of the dead are reunited with their families during this time. In preparation for the return of their loved ones, families traditionally construct ofrendas, altars decorated with flowers, photos of the deceased and offerings for the returning spirits.

While in the English world, death is traditionally looked upon with fear and sorrow, Día de los Muertos represents an approach toward death that is celebratory and joyous. Symbols of death, such as the skull or the whole skeleton, have smiling faces and are decorated with bright colors and their finest clothes. The dead are not stuck in the ground somewhere, never to be heard from again, but live on through the memory of the living, and return amongst us to celebrate life, death and family.

The ofrenda was a collaborative effort between the MAS program, the Languages program, DMC Libraries and the local branch of TACHE. It contained multiple photos and artistic pieces in honor of the dead, including a small sketch of a student’s beloved pets.

To inaugurate the ofrenda, the center held an event with food and a lecture from Marcos Iniguez Alba, a senior lecturer at Texas A&M University-Kingsville. Iniguez’s lecture centered on calavera literarias, rhyming poems centered focused on death and a victim, used to satirically criticize or poke fun at individuals or institutions. Calavera literarias originated as a form of political satire and has since become a proud Día de los Muertos tradition.

One student attending the event was studio arts major Stephen Nevares. Nevares’s grandparents observe Día de los Muertos, but the practice has fallen out in his household. He wants to continue the practice.

“I want to start making an altar at home, if my parents are cool with that.” The event, according to Nevares, only further motivated him in reviving the practice in his family.