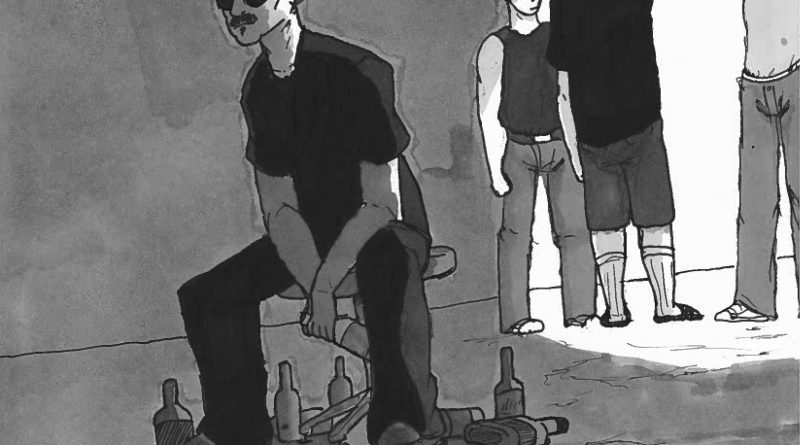 Navigating through life with love and support

Editor’s Note: Due to the nature and sensitivity of mental health, we have chosen not to reveal last names of the participants in this story. This is part 2 of 2.

Common mental health disorders for Latinos include anxiety disorder, major depression, PTSD and substance abuse, according to the National Alliance on Mental Illness.

Cultural taboos and stigmas keep many in the Latino community from seeking help. The perception, according to an article on Medical News Today, is that seeking outside help is inappropriate, embarrassing or even shameful.

The article adds that potential stigmatization may cause people to conceal mental health problems for fear of being criticized or potential consequences of having depression or other mental illnesses that could make them undesirable.

Because of this, many in the Hispanic community are less likely to discuss problems they are having and decide not to seek treatment. This is more common with Latino men.

Heather Garcia, a licensed counselor at Del Mar College, said the concept of machismo is prevalent when it comes to attitudes toward mental health.

“Maybe going into a counseling room to talk your feelings is not going to be considered such a manly thing,” Garcia said. “For Latino men, that concept of machismo is very indicative of ‘that’s probably not going to be something that I’m going to be comfortable doing.’ ”

“It becomes more difficult when we look at the concept of why that hinders a lot of Latino men to come in,” Garcia said. “To be fair, the concept of marianismo, which is ascribed to the Latina women, can be very similar to where we don’t showcase our problems.

“We are strong, we don’t cry. We take care of our homes and nobody else comes into it because we give it our all,” Garcia said. “There are oftentimes where that concept can also hinder Latina women from going into counseling.”

LEARNING TO OPEN UP

Steve Espinoza was raised to think depression was not real. He was told that if he felt sad, just get over it and be happy.

“I think that’s something a lot of older generation Latinos are used to,” Espinoza said. “Unfortunately, they pushed that on their kids.”

This was one reason Espinoza created Footprints Corpus Christi, a local peer-to-peer group for individuals who are suffering from mental illness to be able to share with others like them in a safe and comfortable environment without having to worry about the stigma of going to seek professional help.

Although peer-to-peer groups are not a substitute for professional guidance, they are an alternative to keeping feelings and emotions bottled up inside, which in turn could cause more damage.

Espinoza, a stand-up comedian who was diagnosed with anxiety, depression and PTSD, started the group after his own experiences of opening up during his routines.

“When I talked about it publicly, I received so much positive feedback,” Espinoza said. “People shared their stories with me and then one thing I noticed about myself and everyone I spoke to was the fact that depression, anxiety and PTSD are so taboo.

“Opening up to someone who can easily relate to what’s going on is so much easier than a professional, in my opinion,” Espinoza said. “Some people don’t like talking to therapists, counselors or psychiatrists because they feel like the professionals can’t relate to them.”

There are still others who refuse to open up because, according to Espinoza, some people have a lot of shame and don’t want to burden their friends or family with their own issues.

“I was one of those people,” Espinoza said. “Now I see a therapist regularly and I’ve learned to open up more.”

‘IF A CHILD IS STRUGGLING…’

When many people become parents, they are overcome with joy as they witness the miracle of birth. They marvel at the sight of the baby’s tiny hands and feet and newborn scent. They carefully cradle them and give them every ounce of love that they are capable of producing. For most, their children are a reminder of how easy it is to fall in love with another human being.

They inspect their new babies, ever so closely to find those tiny, unique imperfections that distinguish their child from the rest. Some of those deficiencies are barely noticeable, while others are distinguishable but those imperfections are part of the whole that they will love forever.

Sometimes, those inadequacies don’t appear until after a few years once the child has been introduced into social situations. Once parents notice these new deficiencies, they prepare themselves physically and mentally for the challenges their family will ultimately face together in the present and future.

For Debbie, becoming a parent came as a pleasant surprise. Her first born, Abby, was a seemingly healthy baby with some slight imperfections but in Debbie’s eyes, she had a perfect bundle of joy.

Abby’s first couple of years were filled with laughter and curiosity, the same inquisitiveness that most babies have as they explore new things. The child’s active behavior progressively increased as she moved into being a toddler. Abby was 3 when Debbie received a complaint from her pre-school teacher.

“The teacher mentioned how active Abby was and that she never sat down,” Debbie said. “That would continue until she was about 5.”

It was then when Debbie noticed something different. Abby had started becoming defiant. She sought professional help and doctors diagnosed Abby with Attention Deficit Disorder (ADD), Oppositional Defiance Disorder (ODD) and anxiety. Debbie decided the best course of action would be to start with counseling.

ODD is a type of behavioral disorder that is mostly diagnosed in children. Children with it are often uncooperative, defiant and hostile toward peers, parents, teachers and authority figures. Children with anxiety and ADD are more likely to develop ODD than children without.

“There is no treatment for ODD,” Debbie said. “We’ve had to learn as we go, which has been very stressful.”

Currently, Abby goes to counseling once a month. In elementary school, she had a “buddy,” a counselor from the school district who would visit every two weeks assigned to her to help with social development. Unfortunately, Abby’s issues have continued with a recent diagnosis of depression and suicidal thoughts.

For Debbie, opening up to family and friends about Abby’s mental health problems and subsequent treatment garnered a mixed reaction from people.

“It varied between, ‘She shouldn’t need counseling because she’s so young,’ ” Debbie said. “Then I was told that her issues would get better if I wasn’t working.”

Debbie would get asked what she was doing wrong or get accused of not doing enough. These were all reactions from Latino family members.

“When she was younger, I’d get asked why I was taking her to counseling,” Debbie said. “Why was she saying she’s depressed, there’s nothing wrong with her and we just needed to do more with her and she’d be fine.

“Even now, I get told she’s fine and doesn’t have anything to be depressed about and that’s just normal for kids,” Debbie said.

According to Debbie, getting help and using the available resources is crucial to not only being able to help Abby, but also to provide the support parents need to be able to cope and live through mental health issues.

“Getting help not only benefits the child but the whole family,” Debbie said. “If a child is struggling, it will affect everyone and the longer they go without help, the worse they can feel.

“I don’t ever want Abby to think we don’t value her feelings or thoughts,” Debbie said. “We get her help to make sure she knows we love and support her.”

7 thoughts on “Coping with mental health”