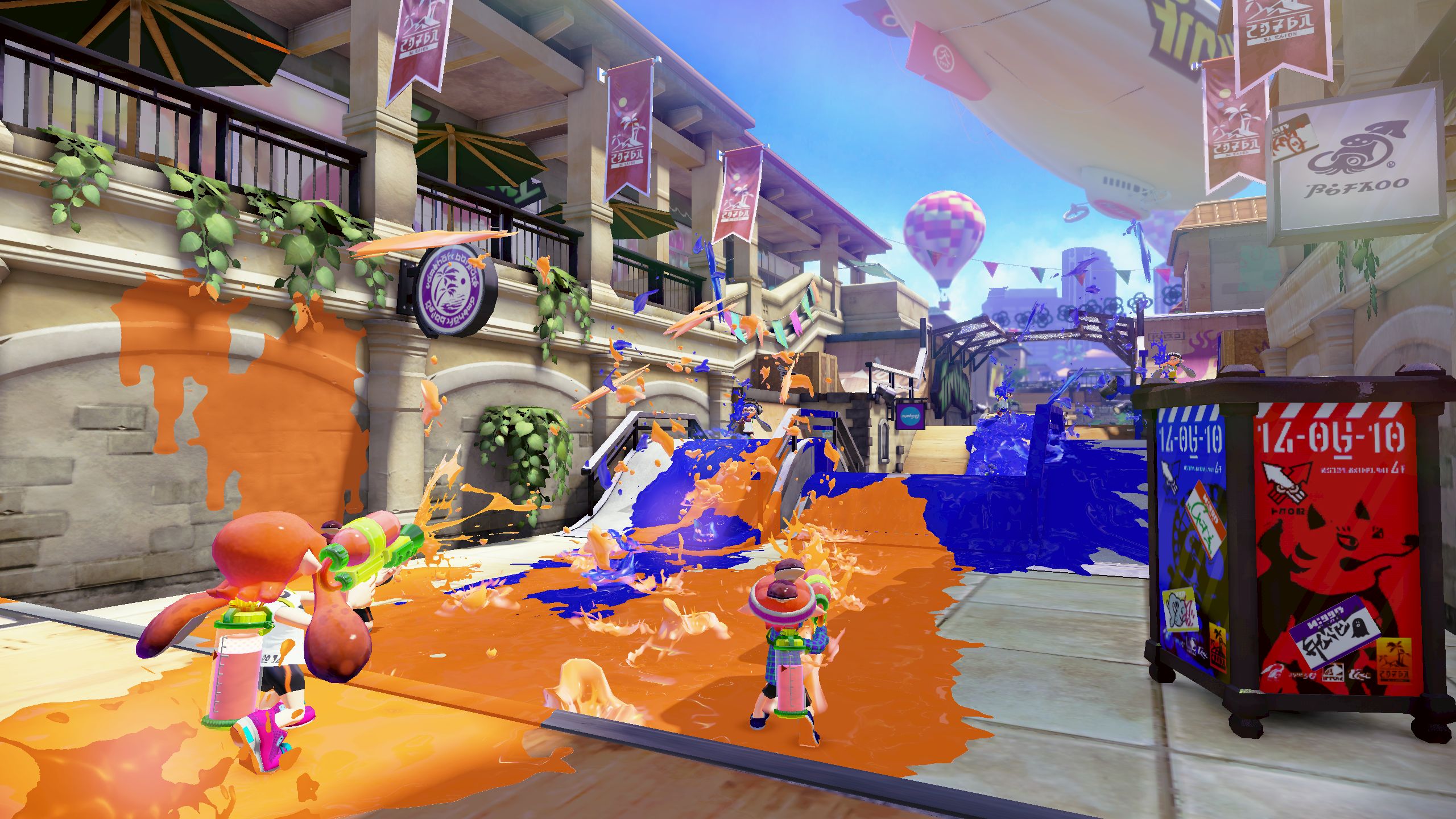 “Splatoon” is a third-person perspective shooter developed by Nintendo Entertainment Analysis and Development. The younger developers inside Nintendo created the prototype.

In “Splatoon,” players control a humanoid squid character known as an Inkling. Inklings can shift between their normal and squid forms. Each player must ink enough turf within a time limit to claim victory.

There are four weapons with different usages and strategies. For example, paint rollers can easily spread ink while Splattershot is a balanced and easily used weapon.

“Splatoon” players begin in Inkopolis, the main hub where everyone gathers before doing multiplayer matches or campaign missions. It also hosts other venues such as shopping center and multiplayer server hub. 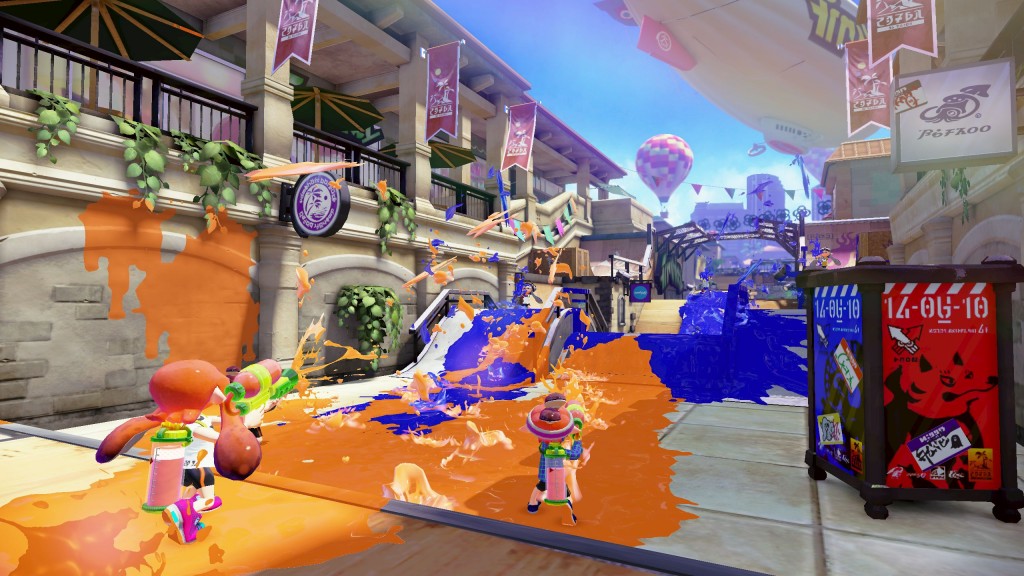 The orange team faces off against the purple team in Nintendo’s “Splatoon,” which offers a simple pick-up-and-play experience.

Multiplayer seems fun at first glance but has a few drawbacks.

Before launch, Nintendo revealed “Splatoon” would not feature friend matchmaking upon release. The only way to play with friends was through random team-based matches. An August update later allowed private matches with friends. Hackers also found their way into online sessions.

Besides its online drawbacks, a few minor problems were fixed via update.

Some weapons received an upgrade to curve flexibility and frame rate issues.

Nintendo has been releasing free downloadable content for “Splatoon.” An upcoming new mode will allow players compete against each other for a weapon called a “rainmaker.” More stages, gear, music and weapons also are expected.

“Splatoon” a welcoming new IP from Nintendo anyone could enjoy and play. They regularly released content for more replay value.

Unlike most shooters, “Splatoon” offers a simple pick-up-and-play experience not seen in other modern games.

Outside its minor faults, gamers will have a grand time playing “Splatoon.”