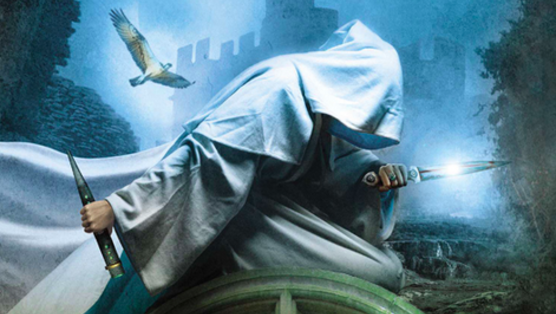 With the recent success of HBO’s hit show “Game of Thrones,” the medieval period is hot again. Many authors have picked up on its popularity and set their books in the same period, including Morgan Rhodes, who wrote “Falling Kingdoms,” the first in a six-book series.

While looking for a new book series to get into and after reading the summary, I realized the book resembles “Game of Thrones,” but with more of a PG-13 rating. With the detail in the story, Rhodes transports readers back to the medieval times. This type of setting was new to me, other than reading a few British literature books, but Rhodes does an incredible job taking readers into this world as if it is actually happening. 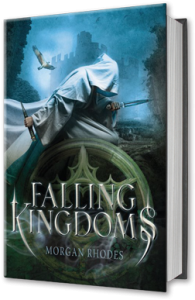 After reading the first chapter I was completely hooked on the story line of each of the kingdoms and characters, as well as the idea of power that can consume people.

The story starts in a place called Mytica, which is composed of three countries — Auranos, which is described as “the city of gold” where the sun always shines with happy and cheerful citizens; Limeros, a country that is always buried in snow with no sign of sun to melt it away; and Palesia, where the people do not have much wealth and live together in tribes on open lands.

The heart of the story is between two royal families, the Auranos and the Limeros, who want nothing but power. Both families have their fair share of family drama, but it is not always as they seem. Limeros’ king is a power-hungry man who wants to take over Auranos, with a daughter who carries the ability to control the elements that make up Earth; he will use her to get what he wants, “the golden city.”

Each chapter takes place in one of the three countries and throughout each, the main characters are the heart of it all. It is interesting that each of the characters matches the way the countries are. Auranos royals are happy, positive and cheerful, while the Limeros royals are coldhearted and will do anything to get what they want, including murder. In Palesia, the people are nomads and roam the land to make ends meet. It is interesting when two characters from two different countries interact and readers get to see how different their personalities are and the way they were raised.

The series contains magic throughout, but not like wand magic. In the story it’s called “Elementia,” which is the ability to control all or some of Earth’s elements. In the preface, Rhodes takes readers back to where it all started before diving into the story and as the story progresses, even in the later books, there are constant flashbacks to that preface from the first book or even events that she has not mentioned before.

This series is one of my personal favorites; every time I finish a chapter it is extremely hard for me to put it down and even at times I find myself just wanting to throw the book against the wall because I thought the characters were going to go one way but the author takes a different turn. There is a sense of mystery and secrecy with each of the characters because you honestly don’t know what they will do or even say.

Three books in the series are already out, “Falling Kingdoms,” “Rebel Springs” and “Gathering Darkness,” and the fourth book, “Frozen Tides,” will be released Dec. 15. During the summer Rhodes came out with a spin-off book called “Spirits and Thieves” with more spin-off books to follow. With two more books yet to be published, I will make sure to obtain the series because it is addictive! The only down side is the waiting each year for the books to come out.

If you need an escape from modern world, the “Falling Kingdoms” series is just for you.