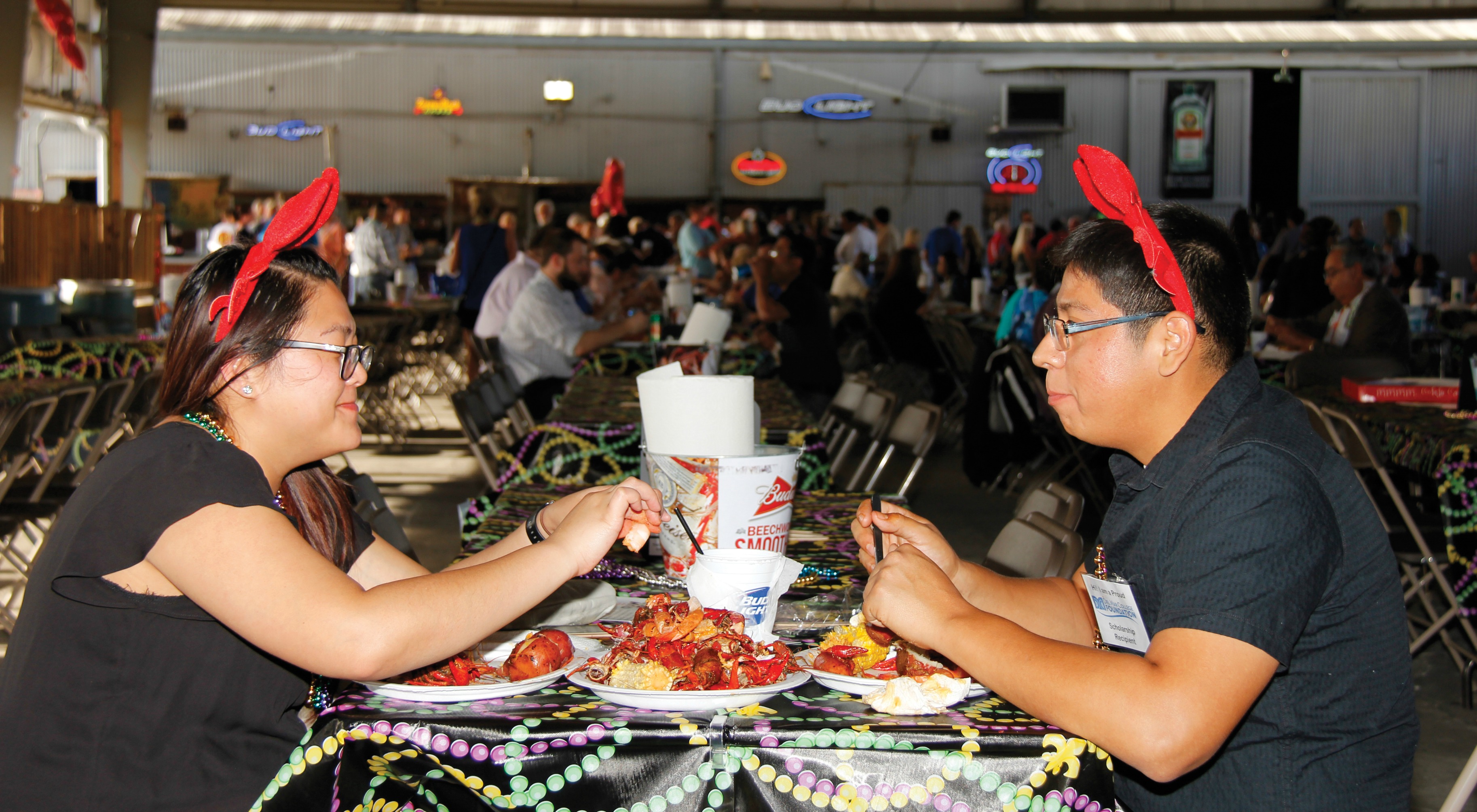 Concrete Street is no stranger to crowds who come to listen to a band play late into the night, but once a year, the Old Market Pavilion hosts a large crowd that comes to celebrate the Del Mar College Scholarship Foundation.

The event served more than 250 pounds of bright red crawfish and more than 125 pounds of shrimp, as well as the fixings including potatoes and corn and, for anyone who could handle it, hot sauce and seasoning to spice it up. Attendees also had their choice of water, soda or drinks from an open bar.

“People love the event and say it’s the most fun event of the year,” said Sally Reigle, the development coordinator at Del Mar College. “It’s one of the top three events (corporate sponsors) like to go to every year.”

A Zydeco band called Jewel of the Bayou played throughout the night, filling the pavilion with upbeat music: Cajun, blues, country and R&B, all mixed with their Zydeco sound. Lanky the Clown greeted people on tall stilts as they walked in, later offering face painting for anyone interested. Other entertainers, including a caricature artist and Valdino, an illusionist and magician, also attended.

Bernard Paulson, the original inspiration for the event, remembers when he started the crawfish boil in his backyard. When the opportunity arose, he mentioned the idea of a crawfish boil to the Solomon Ortiz Center as an event to help the scholarship fund at Del Mar College, and the foundation at DMC has helped the event grow since.

“They made posters and signs, and named it Bernie’s Famous Crawfish Boil before I ever knew it,” Paulson said. “They sneaked it up on me.”

Two scholarship recipients at the event shared their experience at DMC and took part in the festivities, all while sporting red hats shaped like a crustacean.

“To have put forth so much hard work and to be recognized for it is great,” said Peter Martinez, an engineering and technology major at DMC. “Scholarships have been a big help in getting me through school comfortably. It’s unbelievable how much help it’s been.”

Buttri Jirasomboon, a nursing major, felt similarly about scholarships she received from the fund, which have allowed her to go to school.

“The startup (for the nursing program) was high and scholarships helped a lot,” she said. “I don’t think I would have been able to participate in the program without scholarships.”

Almost 500 people attended the event, according to Reigle, and more than $100,000 was raised for the scholarship fund.

“A lot of kids who couldn’t afford college are now able to do so,” Paulson said. “Scholarships are important to the city and students.”