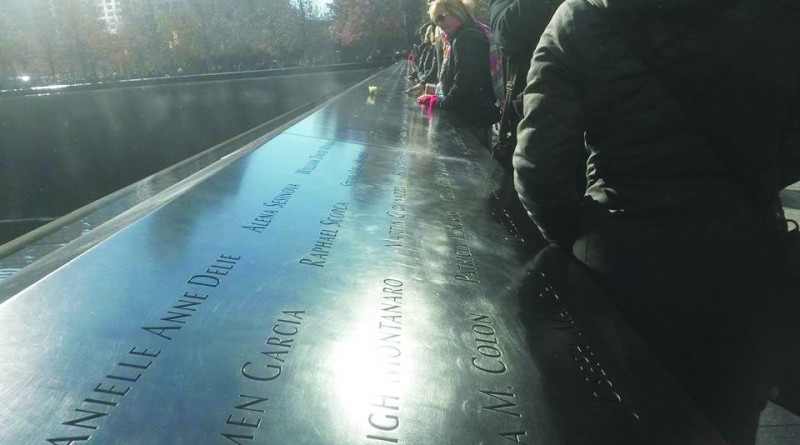 Fifteen Septembers ago America was silenced on Sept. 11; however, that silence only lasted a few hours after the terror attacks. People from across New York and the United States stood together to aid in the recovery at the World Trade Center, Pentagon and Shanksville, Pennsylvania, where nearly 3,000 people lost their lives. Since 2001, America has changed in many ways such as in air travel, within the government and in tourism and deportations.

When people travel now it is a real pain, especially with the long lines at TSA. Before 9/11, people who did not have a ticket could go through security without a problem. Today, only people with tickets are allowed to go through security, which includes stricter screenings on luggage and limits on carry-on items. As new threats arise, security measures are changed. Airplanes also changed: Locked cockpit doors were introduced, and first-class cabin curtains were removed. Pilots can apply to become a “federal flight deck officer,” allowing them to carry a loaded gun and act as a federal officer aboard the plane. According to the TSA, after 9/11 officials added a “Sept. 11” fee to every ticket (one-way) which is set by the airline but it cannot exceed $11.20.

Then-President George W. Bush enacted the Patriot Act, which may be the most well- known change after the events. Some 130 pieces of 9/11-related legislation were introduced that year; 48 bills were approved or signed into law, including the Aviation and Transportation Security Act, which also included the Enhanced Border Security and Visa Entry Reform Act.

In 2010, the James Zadroga 9/11 Health and Compensation Act was passed, providing about $4.2 billion for the health care of people who worked at Ground Zero during and after the attacks. In the span of a few years, the Coast Guard, TSA and Border Patrol budgets rose along with employment.

According to the Office of Travel and Tourism Industries, international tourism to America fell for three years after 2001 along with Americans traveling internationally. Starting in 2004, it began to increase again; by 2007 the number for international tourists surpassed the numbers before 2001. The Department of Homeland Security said that, between 2001 and 2010, deportations as a whole rose by at least 104 percent. America was not alone, as many other countries were deporting thousands as well.

Bush visited the site a few days after the attacks to encourage the volunteer workers and the nation by saying, “I can hear you, the rest of the world can hear you, and the people who knocked these buildings down will hear all of us soon.”