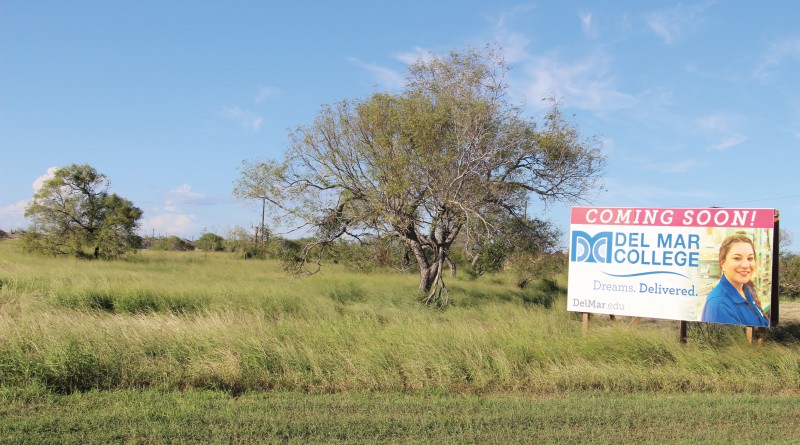 Before any progress can be made on the new southside campus, the community must vote to approve funds Nov. 8. (Meagan Falcon/Foghorn)

Does one year of decent growth really warrant a $139 million bond? The simple answer is no.

The $139 million bond would only cover three buildings in Phase 1 of the college’s plans for expansion. The college hopes to fully develop the site, nearly 100 acres on the southside, with plans posted on a website it created to inform the public ahead of the Nov. 8 general election. While the site looks impressive, in reality, nobody knows how far the expansion would go because any work done beyond Phase 1, if it is approved, would likely have to come from already cash-strapped taxpayers.

I’m not saying that there will not, in the future, be enough growth to warrant a third campus, but one year of growth isn’t enough to add to the already tremendous burden taxpayers face in this area.

When the proponents of this bond go out and say that that it will only cost a few dollars a year for most residents, they’re leaving a f u n d a m e n tal part of that equation out. Sure it’s only $12.30 per $100,000 property valuation but that is on top of all of the other property taxes already being paid. We’re already footing the bill for some of the worst roads that I’ve even seen in the state and a water system that requires a complete overhaul.

Del Mar’s 2015-16 statistical profile shows 74.1 percent of the school’s students are part time (taking nine semester hours or less). There is no reason that with the already approved bond to update East Campus, we cannot accommodate more students at East Campus until a time when the numbers consistently warrant an entirely new campus.

Furthermore, this plan is essentially the future of the college, and transplanting into an area of this city with a higher socioeconomic status, thus more likely to have access to reliable transportation versus the area of town in which Del Mar is already established and where more low income residents reside, is unnecessary.

If we divert much needed funding from this side of the city to the southside, aren’t we just doing a disservice to those who need Del Mar most?