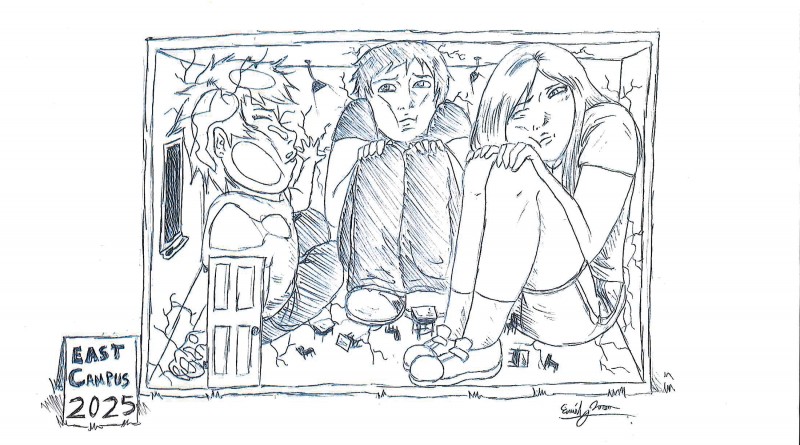 Del Mar College on Oct. 11 released its enrollment figures, announcing that 12,034 students are enrolled for fall 2016, which beats the previous year’s estimated 11,000. Although enrollment is down from where Del Mar was six years ago, when they had 12,236 students, the announcement comes at a time where the Board of Regents hopes voters will approve a $139 million bond in next month’s ballot for a new southside campus.

There have been a few disagreements from the public on whether the community needs a southside campus, but with the increase in Nueces County’s population over the past five years there is no doubt that Del Mar is in need of expansion.

If the city wants a skilled and well-educated workforce wouldn’t it be a disservice to the community by not allowing Del Mar College to expand?

With the population gradually increasing, the city is making plans for the future. In 2014, the city proposed Plan CC, a guide to the community’s future for the next 20 years, which hopes to have a thriving community by 2035. While others may disagree about the proposal of a southside campus, the city has a different approach about expansion. One of the many principles to guide the creation and implementation of Plan CC is the need for education.

According to Plan CC, “21st century jobs increasingly require a post-secondary education like associate’s or bachelor’s degrees or a technical credential … a skilled and well educated workforce will attract new investment.”

If the city wants a skilled and well-educated workforce wouldn’t it be a disservice to the community by not allowing Del Mar College to expand?

The plan deliberately states that their goal is for graduates of Texas A&M University-Corpus Christi and Del Mar College to find jobs in Corpus Christi that allow them to stay, grow and enjoy urban amenities in a Gulf Coast lifestyle. During the June 28 citywide vision forum for Plan CC, 120 residents gave real-time feedback on where they live in the county. Thirty percent said they live on the Southside, whereas the other 70 percent said they live in areas like Flour Bluff (5 percent), Padre Island/Mustang Island (9 percent), southeast (4 percent), westside (12 percent), central city (9 percent), downtown (8 percent), northside (5 percent) and Callallen- Annaville (4 percent).

By these results, people are beginning to shift toward the southside area of the city. So why is it jaw-dropping to not even consider the community in this area closer access to higher education instead of traveling an estimated 20 minutes to reach East Campus and 30 minutes to reach West?

Del Mar College wishes to expand their campus, not to waste taxpayers’ money on useless expenses but to better the community’s ever-growing population. In the Board of Regents mission statement it says that Del Mar College provides access to quality education, workforce preparation, lifelong learning for student and community success. It is always in the best interest of Del Mar College to put the community first and its success. To ensure this success, it is essential that they expand to the southside area of the city.

As Election Day rolls around, it is time for the naysayers to stop and look at the facts. The community needs this campus and if no one goes out to vote positively for the bond we as a whole will have to consider the consequences of hindering progress for our city and the future.