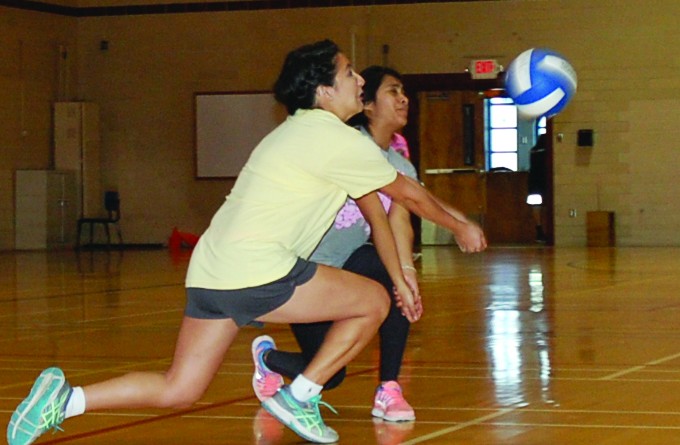 The Unknowns get hit hard after loss in three-game matchup

The intramural volleyball championship game on Sept. 29 was one for the ages. The match was the Thunder vs. the self-named Unknowns in a best-of-three matchup.

The first game started off pretty one sided as the Unknowns took an early lead and never let up, finishing off the Thunder and taking first blood, 25-20.

The second game stayed consistently even through the beginning as each team seemingly traded points back and forth until the Unknowns took charge and changed the score from 7-7 to 14-8 in a matter of 2 minutes. It seemed the Unknowns had all they needed to take the second game as well as the title of champions, but as fate would have it the Thunder gave a lightning quick effort that took every player by surprise.

As the Thunder rallied to bring the score 20-20, the gym fell quiet. When the Unknowns were just 5 points away from being champs, the mother of one player yelled, “Give it all you got honey!”

The Thunder knew they didn’t come all this way for nothing and battled to tie the score at 24, then again at 26. The first team to get a 2-point lead would take the second game and the Thunder did just that, winning 28-26.

The final match went to just 15 points as the Thunder kept their momentum and started the game 6-0. There was no doubt that the Thunder could feel the championship T-shirts in their grasp as they took the final game 15-11.

“It feels amazing to be champs, I feel like the best in the world because I worked harder than my teammates for this T-shirt,” said Thunder player Tre Zambrano. Other members of the Thunder included Eric Trevino, Mari Torres, Natalie Barefield, Cede Roldan and Aubrey Martinez.