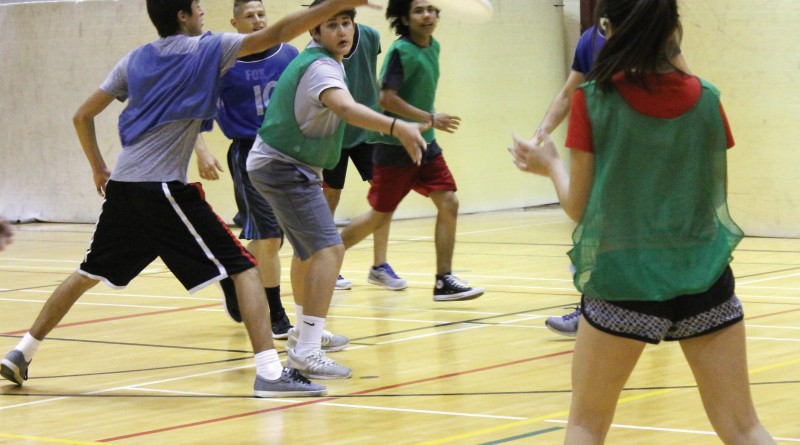 While football season is in full swing and intramural flag football still a month away, many may just wait till then to play but a very fun and intense substitute to football is Ultimate Frisbee.

It may sound very casual to throw a Frisbee to teammates until reaching the end zone to score points but that’s until you throw the Ultimate in there. The “ultimate” side of this game comes out when there are opposing team members grasping and leaping to stop one another from catching the Frisbee. Ultimate Frisbee will appeal to former defensive back football players who love to cover players up and down the court as well as wide receivers who love going up and snagging the Frisbee out of the air.

There has been a noticeable difference in attitude and passion with Ultimate Frisbee compared to volleyball since the first day. Players are pushing the pace of the games to use the entire amount of time to score as many points as possible. There have been several new faces that have came out to play in this game, which generates a competitive feel that everyone has enjoyed so far.

Intramural Director Kristy Urbick was surprised by the amount of Ultimate Frisbee players. While just a few preregistered for the event, more than 25 were ready to play come game time.

“Going out to the student body and attending student functions with schedules of intramurals has helped contribute to the rise in attendance,” Urbick said. The participants themselves have spread the word to other classmates and friends which is another reason why more students have came out.”

The games played in the gymnasium from Oct. 4-6 were just warm-up, get-to-know-your-teammate-type games that predetermine the placement for the tournament, which runs Oct. 11-13.

Each game is 14 minutes long with a half at the 7-minute mark and although it’s usually played outdoors, Urbick has decided to have the games played inside the gymnasium.

“Inside is cool because the gym echoes a bit so you hear the chatter between players and all the squeaks from the shoes so it adds to the feel of the game and intensity of it,” competitor Casey Carignan said.