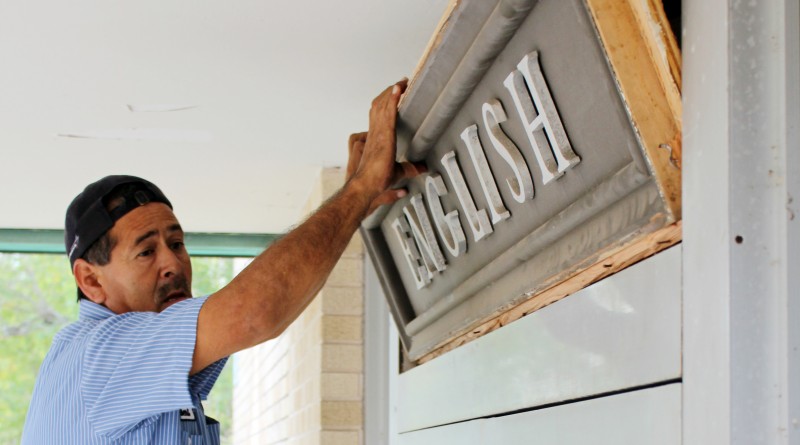 “I’ve been here for 33 years and this is the first time I’ve taken down a sign, but the college wanted it as memorabilia,” Dunes said.

The building is due to be torn down and replaced by a new general academic and music program building. The new facility is expected to be completed in August 2019, according to August Alfonso, chief information officer at the college.

The work is part of the $157 million Bond 2014 package, which will allow for the renovation of both East and West campuses.