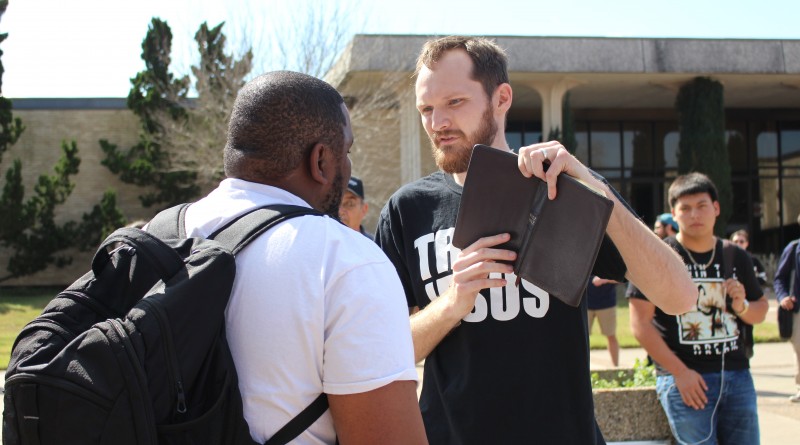 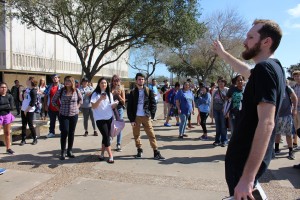 Kinesiology major James Clark didn’t picture finishing his tea before he got home on Wednesday, Feb. 1. After hearing Evangelist James preaching his beliefs on what students right or wrong doings would lead them to in the afterlife.

But when he passed the free speech zone on the way to his car, he couldn’t help but voice what he believed in.

A screaming match over whose voice needed to be heard between theses two broke out and led to a wall of students surrounding them. Hearing what had to be said and agreeing to agree or disagree.

“Is your name God, is your name Jesus? No! According to this (the bible) right here what you just read, God will judge all the living,” said Clark in attempt to Quiet Evangelist James.

“ Live your life but get right with God, because at the end of the day this mother****** cant touch you for s***,” said Clark to students.

After Clark left students continued to question the remarks and findings from the bible that Evangelist James was spewing. Not giving up on challenging him and banding together to show him what they consider to be love and not judgment. 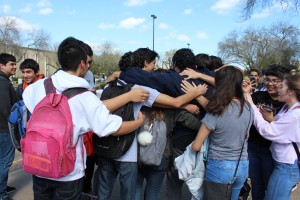