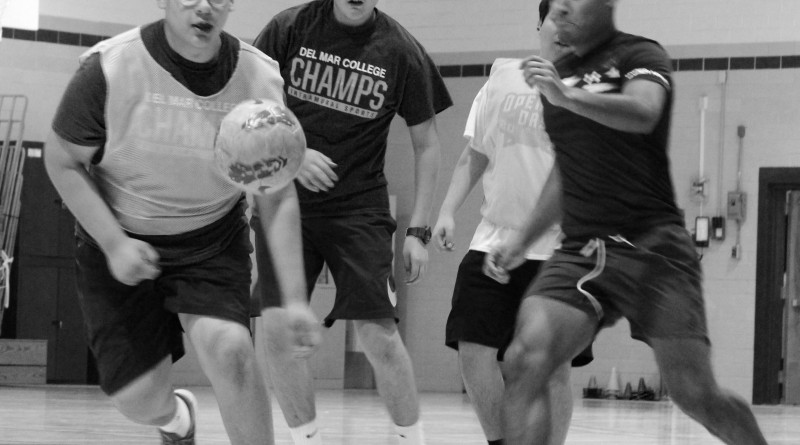 There was once a soccer game played, a game so epic that it had to be played inside of a gym just to contain the super amazingness of this game.

Team Max played Team White Ice in the intramural soccer championship game. This came after Team Max beat Team Fortino and was warmed up enough to take on the undefeated White Ice.

The game started off very one sided as White Ice went up 2-0 by the end of the half. Then White Ice lost all control in the 2nd half, Team Max came rushing back with 2 goals tying the game at the end of regulation forcing the game to extra time. In extra time both teams exchanged goals and brought the game to a sudden death, the next team to make a goal would be crowned victors. Each team was prepared to keep playing for hours, each team knew how valuable the Del Mar t-shirts were, each team was ready to give their all! ….Until Team Max ended the game in the first 15 seconds of sudden death with an easy goal.

“It feels great to finally get a shirt after playing in all the sports this semester, it took a lot of determination to come back from 0-2 and win the game,” said Max Guajardo who the team was named after.

There will be an intramural swim meet on April 19 and a wiffleball tournament on April 26 to end off the intramural season this semester, be sure to sign up and meet some cool people