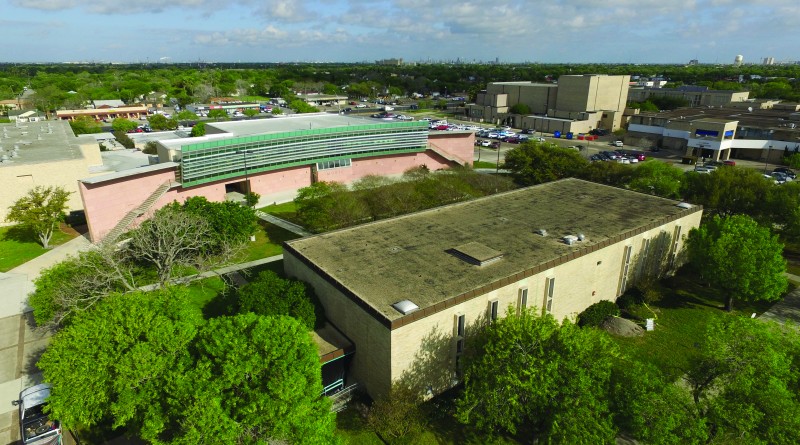 Out with the old and in with the new.

The English Building will be demolished in May after 50 years of service to make way for new and improved facilities.

“It was time for those facilities to be upgraded,” said Claudia Jackson, executive director of strategic communication and government relations.

The age of the building makes it harder for DMC to modernize it and provide “collaborative learning,” according to Jackson.

“Some of those classrooms were so small, some of them were so old and it’s really hard to get the technology installed in some of those rooms that you come to expect these days,” Jackson said.

After the English Building is destroyed, DMC will move on to the Academic and Music Phase II complex, which will house the English Department as well as social sciences. The new building is estimated to cost $45 million.

The project is being funded by a $157 million bond passed by district voters in 2014. The bond has allowed DMC to renovate and add to existing buildings as well as construct new ones. The Academic and Music Phase II building will be the first addition to DMC’s East Campus.

Heritage Hall is also expected to be demolished for the same reasons as the English Building. The new building will supplement classrooms for social sciences as well as English and possibly math, according to Jackson.

“It’ll be an adequate replacement to those two buildings plus a couple of classrooms,” Jackson said of DMC’s construction project.

“For the most part, I think everyone is reasonably satisfied. We’ve had enough classrooms and classroom space to accommodate the English Department,” Perry said.

Professor Kent Lenz said that despite the age of the building, it was really convenient for the English Department in some ways.

“One thing I really liked was how it had most of our English Department,” Lenz said. “I don’t like how spread out we are (now).”

Lenz said he was looking forward to the new building, which he thinks will “be very cool.”

Perry was also happy with the new setup.

“The Coles Building is fine,” Perry said. “There’s not a lot of space now… but it’s a nice building.”

Students are looking forward to having a new building on campus because it is a step toward modernizing the campus.

Lee Barton, a math and computer science major, said he was looking forward to the new campus because “it’ll make the campus look more appealing.”

The English Building was built in 1967 after being approved by the Board of Regents.