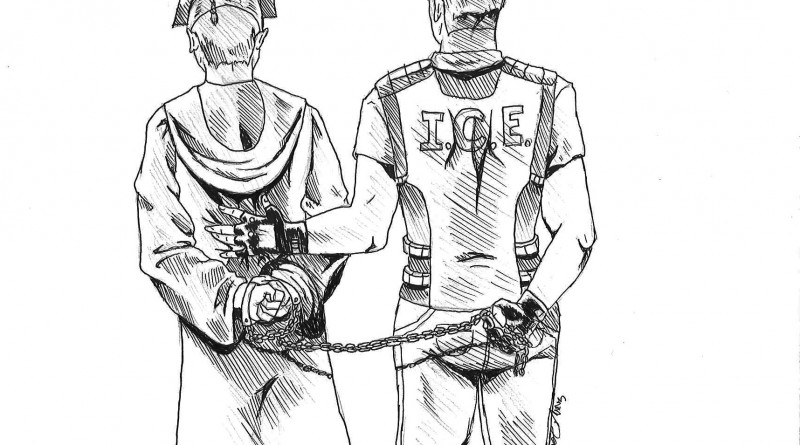 A large part of the community has been anxious ever since the time surrounding the presidential election, a time where deportation was the hot topic and fought for by many. The Deferred Action for Childhood Arrivals program, or DACA, was introduced in 2012 and allowed people ages 15-30 not born in the United States to apply for work permits and protection against deportation. The young men and women who are part of this program are called the DREAMers after the “Development, Relief and Education for Alien Minors Act,” and their futures are in question.

The new presidency has threatened the existence of DACA and thus has threatened the lives and educations of thousands. More than 700,000 futures depend directly on the decisions Donald Trump and his administration make about this. When young men and women come out from under the table to apply for programs like this to better their lives, and by working, better society, is it right to reward that with the threat of being sent “back” to a country they’ve never really known?

We’ve got bigger problems than people who are just trying to live their lives by either getting an education or working. Many of the people covered by this program came to the U.S. as children and had no say in it; some didn’t even know about their “illegal/undocumented immigrant” status until they tried to apply to colleges or get jobs. To send them “home” to a country they’ve never really lived in and maybe can’t even remember is crazy.

The government needs to see that the real threat and problem here isn’t the children and students who only want to succeed but weren’t born here. How chilling is the thought that you could be an American citizen through and through your whole life but suddenly not truly be included because you were born just outside the borders? When there are people and issues out there that truly demand the attention and action of the country, we need to be accepting as we’re always told America is and open our arms to the DREAMers.

Massive deportations somehow seem like an appealing idea to some but immigrants make up such a part of our population that without them there would be a strain in our communities and to the economy. If the DREAMers were deported, we’d see a void in our community. We would be lacking students, our peers and friends suddenly gone, and we would not only see what we lack when we remove people just trying to live the “American Dream” but we’d see the presence of something almost sinister.

Who really wins when we tear ourselves apart over nothing? While nothing has been set in stone yet, we need to fight for DACA to be continued and we need to come together to solve the bigger problems our country faces now.