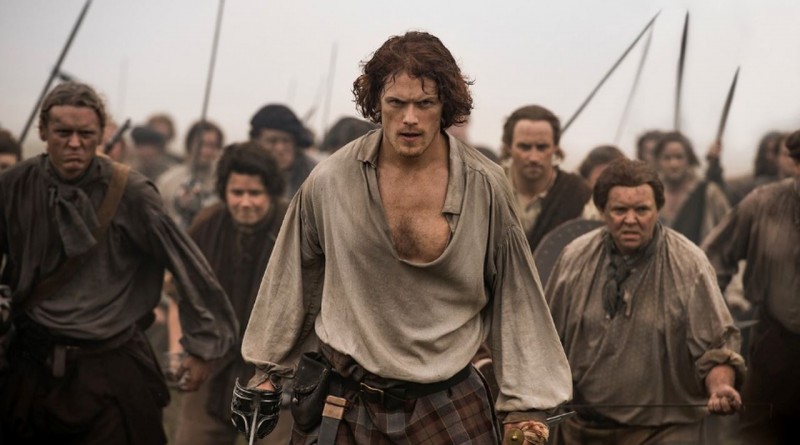 “Outlander” is based on the eight book series by Diana Gabaldon. It’s about an English combat nurse, Claire Randall (Caitriona Balfe), from 1945 England who is mysteriously sent back in time to 1743 Scotland during the war between England and Scotland. In Scotland, she meets Jamie Fraser (Sam Heughan) and begins her adventure to try to get back to her husband, Jack Randall (Tobias Menzies), in 1945. To save her life, Claire is forced to marry Jamie. This relationship starts to tear Claire’s heart apart between the two men she loves in two very different time periods.

This show is rich in both English and Scottish history. It takes viewers on an adventure through Scotland in which the actors had to endure the elements while filming. Outlander is a beautifully written novel transformed into a beautifully cinematic show that people can enjoy. Caitriona, Sam and Tobias all work great with one another and actually bring the characters to life. The chemistry they have with one another and everyone else shows through their work on set. Since the start of the show it has been breaking viewing records left and right and the first episode of Season 3 did not disappoint viewers.

So the theory on traveling back may not be real, but viewers can definitely travel back in time with the show “Outlander.” The show is on its third season and airs at 8 p.m. Sundays on Starz. Seasons 1 and 2 are available on Netflix.