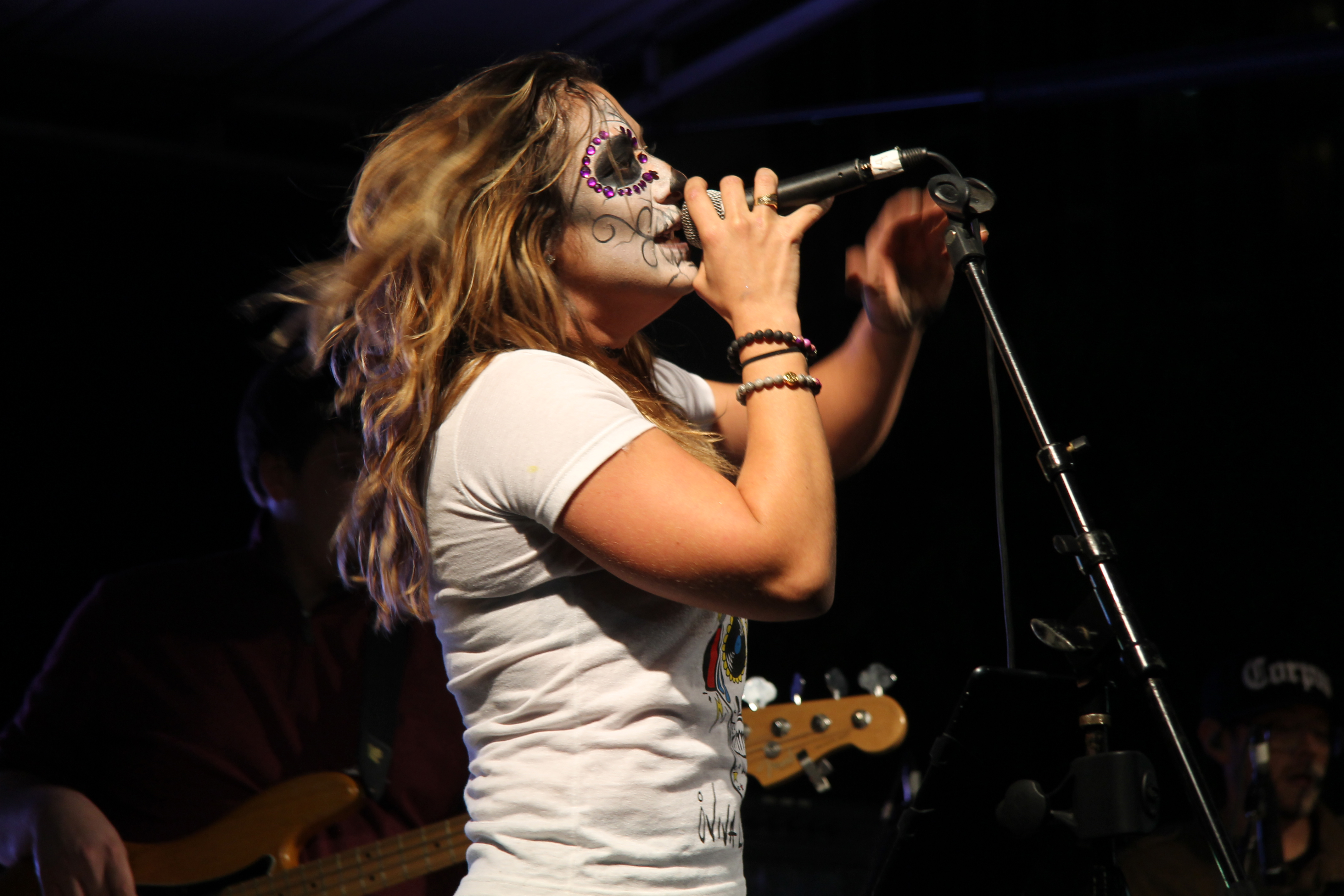 The festival was full of people enjoying themselves dressed up as skeletons, monsters and more.

The Lucha Libre event of Lucha Kaboom was something new that was added this year and was a hit as well.

Cheryl Votzmeyer, education coordinator, has been working at K Space since 2014.

“The festival has grown more and more every year and the foot traffic was close to 30,000 people,” Votzmeyer said.

The festival held a Kids Korner that was popular for all the children that attended it, some winning prizes and candies.

“Kids Korner was a great hit and thanks to the sponsors of H-E-B and AEP, it was a success,” Votzmeyer said. “All the sponsors and private donors help make it a success, if we don’t succeed with the festival we can’t have another. The festival is wrapped around culture, education and family oriented.”

Some people are not aware of the main purpose of the festival.

Darian Dudley said he was at the festival for the fourth year.

“It’s the gathering of friends and family to remember those who have passed, as well as pray for their journey in the spiritual world to be a good one,” Dudley said.