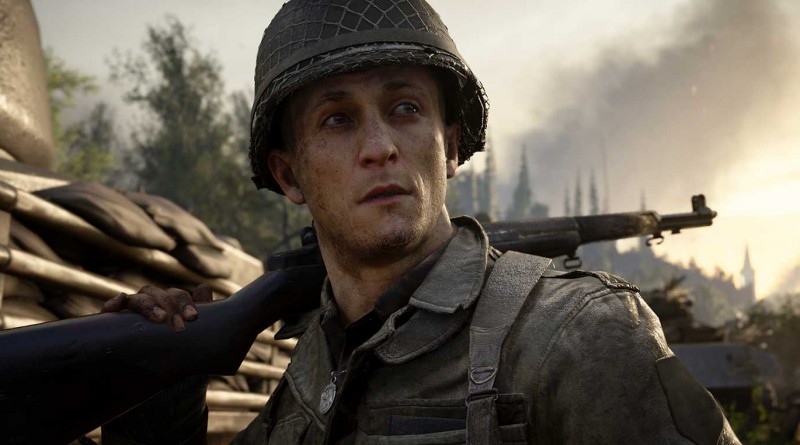 Get ready to storm the beaches during the Battle of Normandy in “Call of Duty: WWII,” the return to form for the hit first-person shooter franchise.

Sledgehammer Games, the maker of “Advanced Warfare,” takes the COD franchise back to its roots with a more boots-on-the-ground experience fans know and love. After the failure of Infinity Ward’s “Infinite Warfare” and the success of EA’s “Battlefield 1,” the franchise decided to do a 180 from the futuristic setting and it’s a solid decision.

The single-player campaign puts you in the shoes of Army Pfc. Ronald “Red” Daniels as he tells his war story of his time in the First Infantry Division during World War II. The story mode follows the similar feel to “Battlefield 1’s” single-player mode “War Stories,” but the story is just a serviceable one at best. Despite having the added star power of Josh Duhamel as he portrays a hard as nails technical sergeant, the story does nothing to make you care about certain characters despite a strong opening. It at times gets repetitive and certain moments happen in the game where it goes off the rails including a level involving an armored train derailing, which throws off the gritty setting of World War II entirely.

One welcome return is a health bar for the campaign as you no longer rely on getting to cover to heal. To replenish health, you must use first-aid kits, which can be found in the game or your teammate hands you one on command, causing you to reconsider going in guns blazing. The campaign is a welcome distraction to gamers, but the online modes are where the game truly shines.

Multiplayer is addicting and Sledgehammer does a good job in making each mode fun as well as adding new features. Gamers have a choice of selecting a class to fit their play style, adding many ways to approach a multiplayer battle. Team Deathmatch, Kill Confirmed and Hardpoint return along with a new mode called War, which borrows from “Battlefield’s” Rush mode. You must either defend or push back enemies to gain total victory. This game is also the first to introduce a social hub on the beach where you can gain contracts, orders and even train your soldier.

Nazi Zombies mode returns with a whole new storyline and is a step up from “Exo Zombies” from “Advanced Warfare.” This mode is great gathering a group of friends to play with online and kill the legions of zombies to see how far you can survive before the undead defeat you.

“Call of Duty: WWII” is a solid return to form, with fun multiplayer and zombies mode that will keep gamers coming back and anticipating what will be next for this franchise when Treyarch Studios handles the next entry.