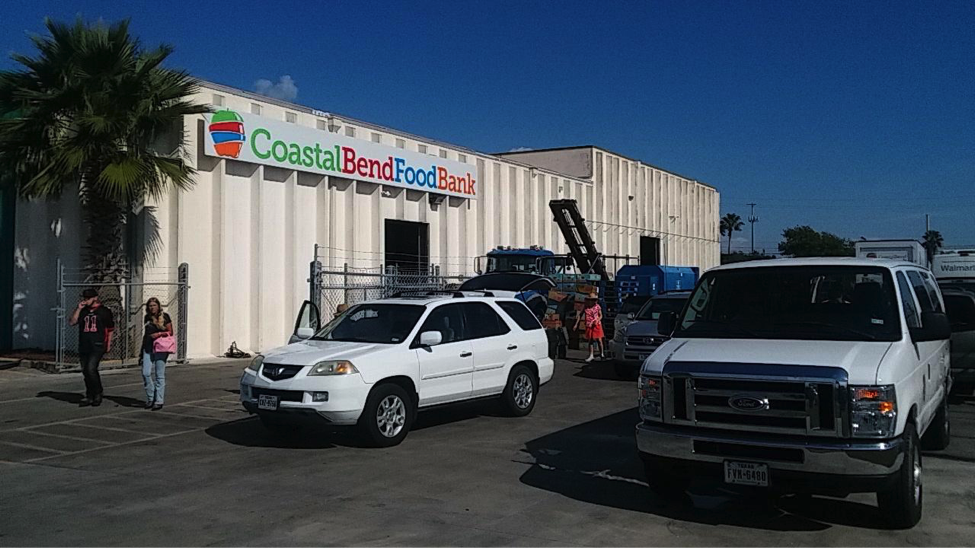 After re-establishing itself under a new name early this year, the city’s Coastal Bend Food Bank is busy preparing for yet another holiday season. The highlight of the organization’s agenda for this time of year is typically its annual Share Your Christmas food drive.

Beatriz Hanson, executive director of the food bank, said many activities will take place during this time of year.

“The Boy Scouts [typically] kick off the holiday season by doing a food drive … the credit unions also do one,” Hanson said, adding that this year’s Share Your Christmas food drive will be Dec. 8.

Hanson said there are many pick-up stations at H-E-Bs in and around the community, and that this year’s food drive will most likely directly help out the parts of the Coastal Bend that were affected by the Aug. 25 landfall of Hurricane Harvey.

Sylvia de la Cerda is the administrative manager for the food bank and manages and oversees the repairs that need to be made to the facilities, as a result of the damage Harvey inflicted upon the food bank, as well as the USDA contracts and reimbursement reports, for all but two of the 36 years the food bank has been in operation.

“The Coastal Bend Food Bank has already distributed over 2,000 pounds of food to the Rockport, Aransas Pass, and Sinton areas,” de la Cerda said. “We are also currently helping out in Beeville.”

De la Cerda added that the Golden Crescent Food Bank in Victoria was in need of such a large amount of food that representatives of the Coastal Bend Food Bank went and distributed food in Refugio, Bayside and Woodsboro.

“We usually don’t even cover those areas,” de la Cerda said, adding that an exception was made to help fellow South Texans in need.

The food bank is always eager to welcome young people from the community who are looking to do volunteer work.

Hector Piris, a Collegiate student, distinctly recalls helping out at the facility, when it still operated under the Corpus Christi Food Bank name. He and a classmate went to the food bank during the summer to sign off on community service hours for his school’s graduation, where they sorted out food items that were both expired and usable.

“It was eventful.” Piris recalled. “What we did was we … checked produce so [that it could] be distributed.”

Piris and his friend then went on to check appliances and other household necessities, to prepare them for distribution.

“It just made me [feel as though] I was helping [and] giving back to my community,” he said.