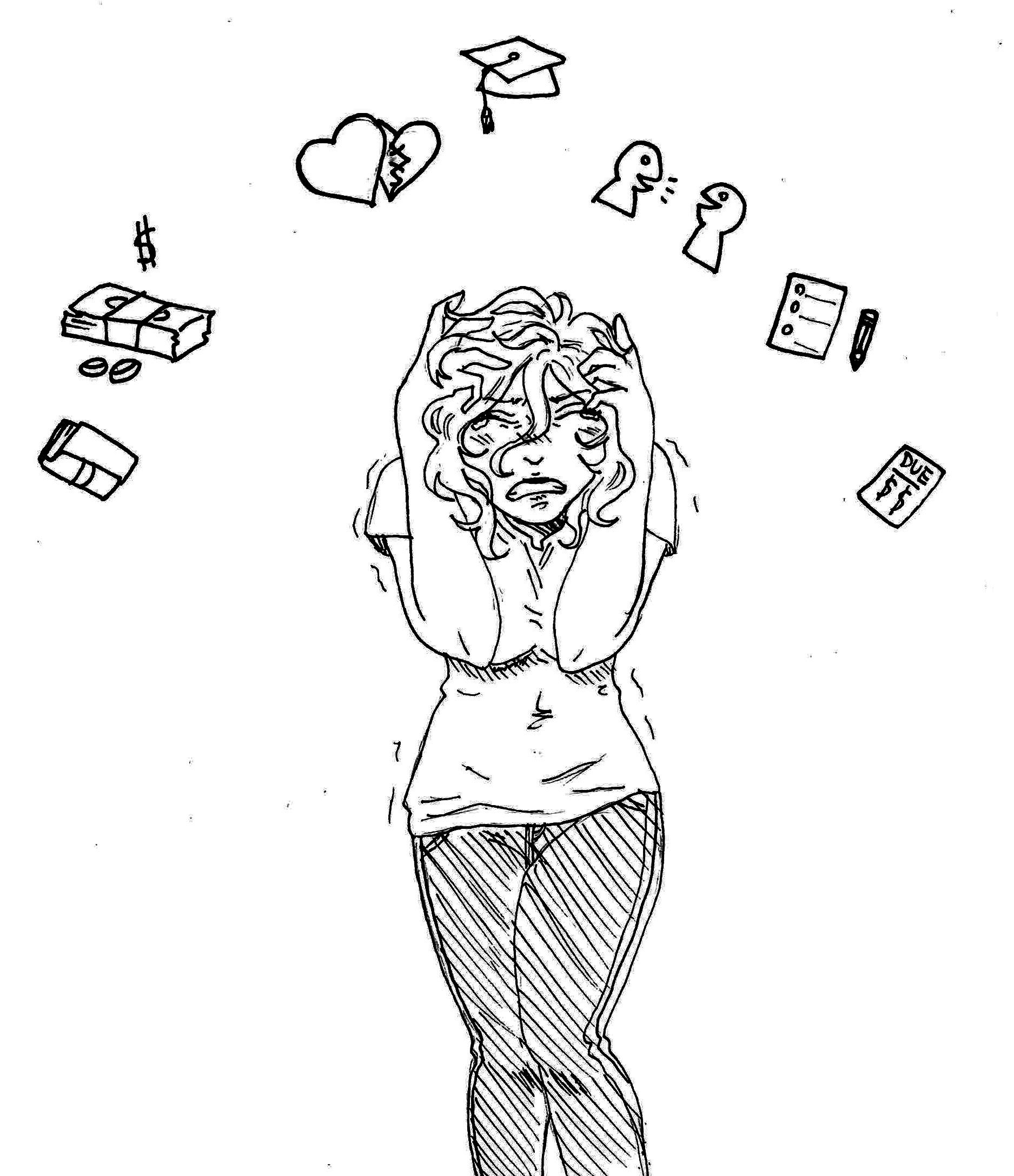 With the stress of finals, sometimes people blow up on their partners, which is not helpful at all.

Stress is part of life. It’s never easy to deal with, but everyone you know is stressed about something. Whether it is school, a relationship, money — there’s always something in the back of your mind you can’t escape from.

I’m friends with two people who used to be together, “Thomas” and “Celina.” Celina is majoring in pre-nursing, and if you don’t know how stressful and time-consuming that is, be grateful.

They moved in together after they graduated from high school and Celina started her major this past fall. Thomas put off going to college so he could work two jobs to help support them both while she focuses on her education.

Celina barely had any time for him, but when she did, it would usually be her complaining about the stress she was facing. Thomas didn’t mind at first; he wanted to show he cared and was there to make her happy and alleviate said stress.

Unfortunately, a few months ago they broke up.

Thomas kept telling Celina he didn’t appreciate her taking every single thing out on him. It wasn’t his fault her classes were hard.

I understand where she’s coming from, but it’s almost as if she forgot what he was doing to provide for her when she was focused on her educational future.

I couldn’t help but wonder: Who hasn’t debated ripping out their hair because of school or taken it out on the first person who annoys you?

According to life coach Tony Robbins, showing compassion when your partner is stressed is important. If they start to withdraw emotionally or physically, that may leave you feeling lonely and unappreciated. Don’t follow suit; instead, take a step back and show some compassion not to just your partner, but to you as well.

Men and women also react differently to stress because of varying hormones. Men tend to be less receptive toward assistance or appreciation, whereas women want to feel wanted and be taken care of, according to Robbins.

Thomas started to date his co-worker “Sylvia” a week after they broke up. I was suspicious at first, as was everyone, but Thomas reassured nothing had happened before. Sylvia would always be there for him to listen to his concerns from his past relationship.

Celina cut off all communication with Thomas, moved back in with her parents and continues to focus on school.

Thomas and Sylvia are doing great and have an open-line of communication. Celina is doing great as well and passing all of her classes now. Perhaps the relationship ending was a silver lining for both of them.