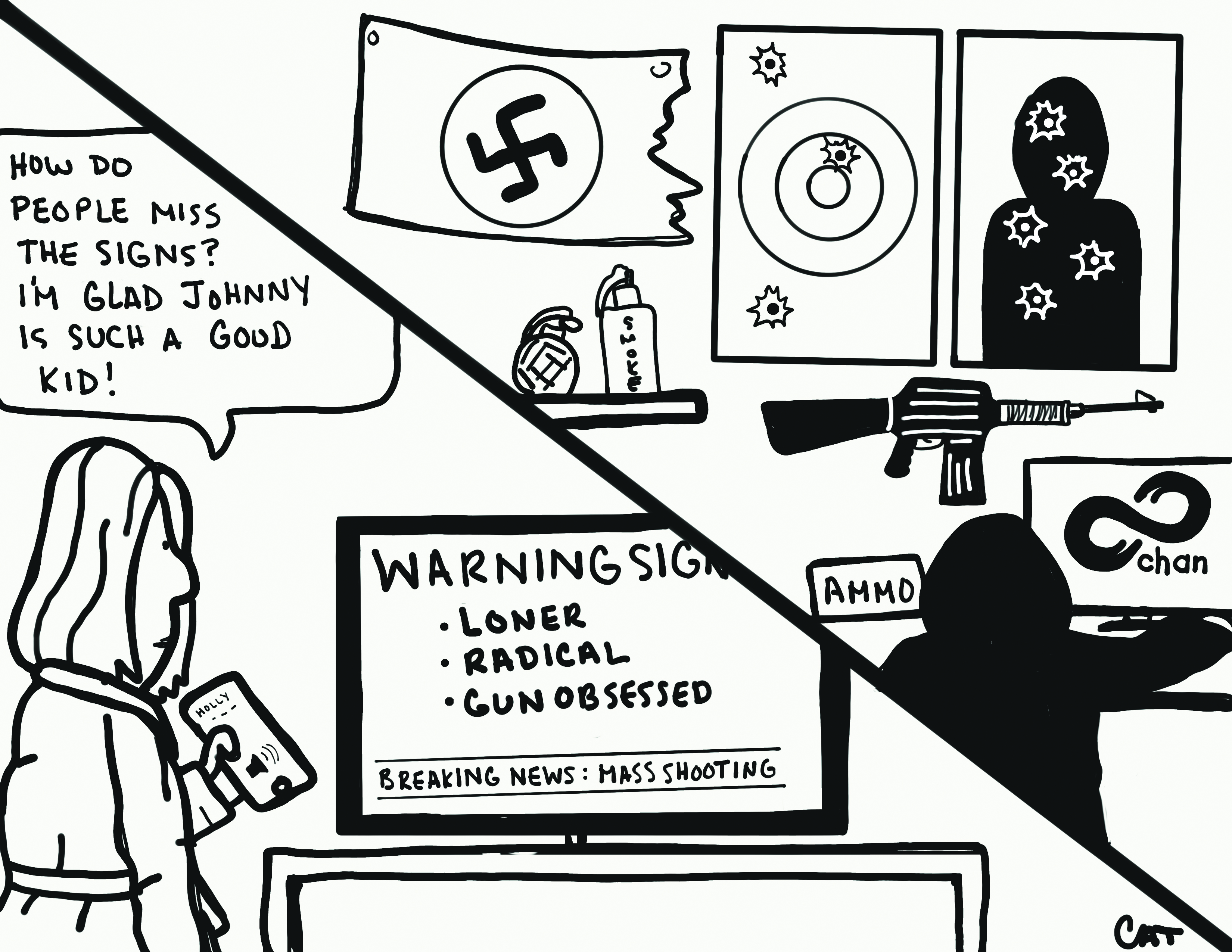 Shootings happen every day. People fear for their lives when they go to the grocery store, movie theater, concert venue, school, hospital, church or nightclub.

Despite the many arguments made between whether the main issue is the person or the gun itself, the amount of recent mass shootings has put our country into a panic.

The divided nation isn’t sure whether to blame the president, stricter guns laws and background checks or video games. In early August, two devastating shootings took place in El Paso and Dayton, Ohio.

In both shootings, around 30 people were killed while 52 were injured. Although Trump points to video games and mental illnesses as the causes of these shooters, there may be more to it than that.

Guns do not kill people — people kill people. Perhaps if the government was to keep a closer eye on every citizen, these shootings would begin to decrease.

According to Business Insider, China has been working on a huge civilian surveillance network to track every one of its 1.4 billion citizens. They are using facial recognition technology, monitoring group chats via private and encrypted apps, forcing citizens to download apps that allow the government to see their photos and videos, watching how people shop online, having police officers wear special glasses to track down people in crowded places, stopping people to do random phone checks, tracking people’s social media posts and gathering data about people, without their knowledge, to flag those they consider threatening.

If anything, it’s “Big Brother” keeping an eye on you. While America is based on freedom, perhaps the government should start to monitor peoples’ social media without turning the country into a communist one.

While laws are being discussed and created to reduce the numbers of mass shootings, cities and towns can make it a top priority to keep their citizens informed and safe when it comes to these dangerous events. We may not have it completely figured out, but anything can happen and we must be prepared for that dangerous moment.

Finding a solution to prevent someone from committing such crime could help. If you see something, say something. Someone could be in a dark place that you notice. Go up to them and say something or get someone else that could help them. We need to be helping each other, not killing each other.