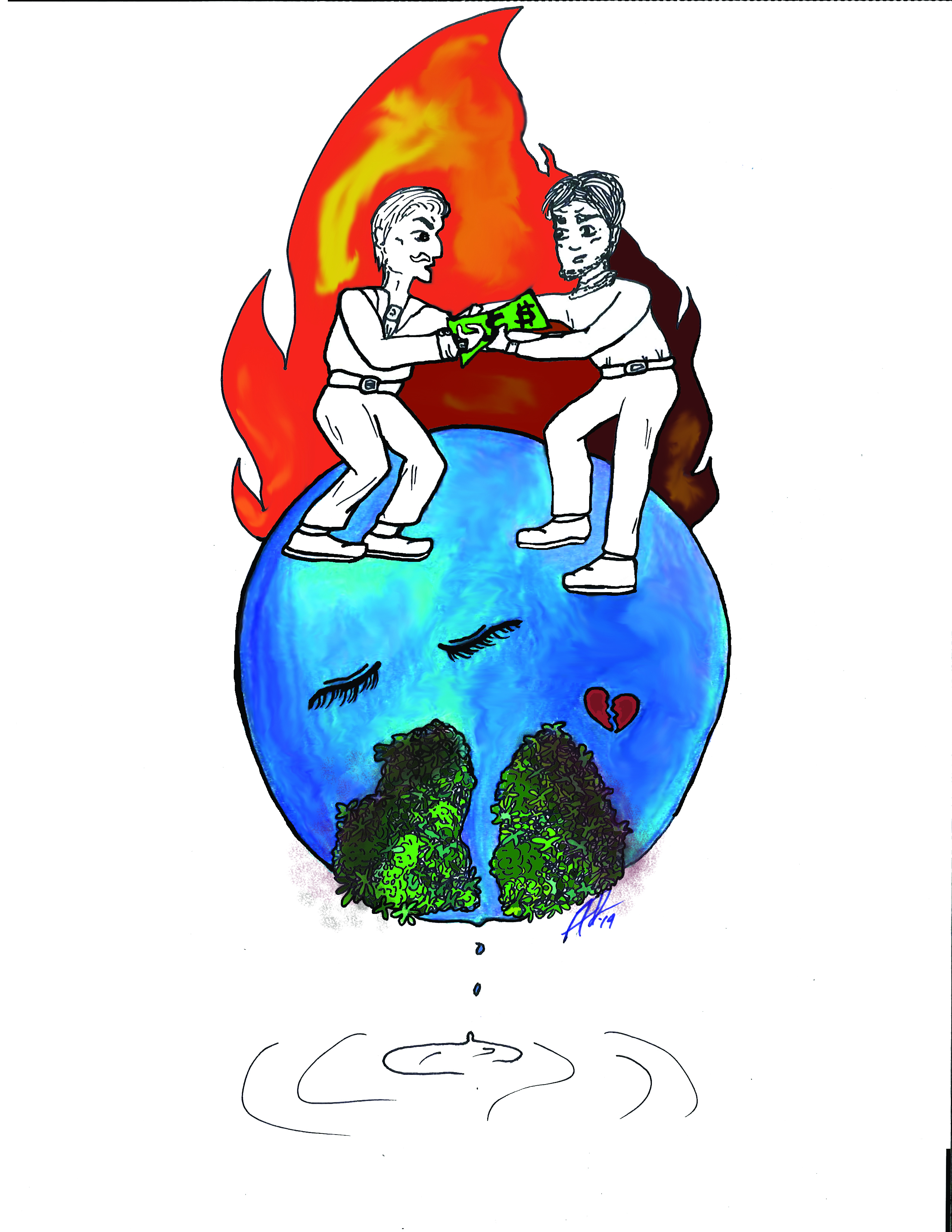 The Amazon rainforest has had more than 72,000 fires since the beginning of the year. These fires have reportedly destroyed homes of tribes as well as threatened the lives of many animal species.

Earlier this year in April, we witnessed the Notre Dame Cathedral get nearly destroyed, with firefighters arriving on the scene as fast as they could trying to put out as much as they could. The building received donations to help rebuild almost immediately and had more attention than the place often referred to as “the lungs of the Earth.”

While Notre Dame is an important architectural piece of history, the Amazon burning is big deal considering it produces nearly 10% of Earth’s atmospheric oxygen. Not only is the rainforest an important resource, but it is also home to about 400 tribes, which is 60% of Brazil’s indigenous population.

Many blame the practice of burning vegetation in Brazil, but the forest has been burning since January and has not had any serious attention until recently. Scientifically, the forest burnings are bad since carbon dioxide is now being released into the atmosphere, which worsens climate change.

Celebrities such as Leonardo DiCaprio and Vanessa Hudgens have donated money toward the Amazon Conservation Team and Earth Alliance. But celebrity endorsements can only provide so much. Hashtags and social media nominations are just talk; people need to do something instead of tweeting about it.

Ways people can help include donating to the Rainforest Action Network or the Trust that will protect an acre or help buy land of the rainforest. Other ways to help prevent things like this from happening can be to reduce paper and wood consumption, as well as beef intake. Studies have found that beef in processed products are linked to deforestation.

The Amazon was known for its great providence. We can use sources from the rainforest for medicines, cures of diseases, agriculture and clothing as well, and now we are killing it. We are the ones that are hurting ourselves and this planet. Perhaps a building is more important than losing oxygen in the atmosphere.