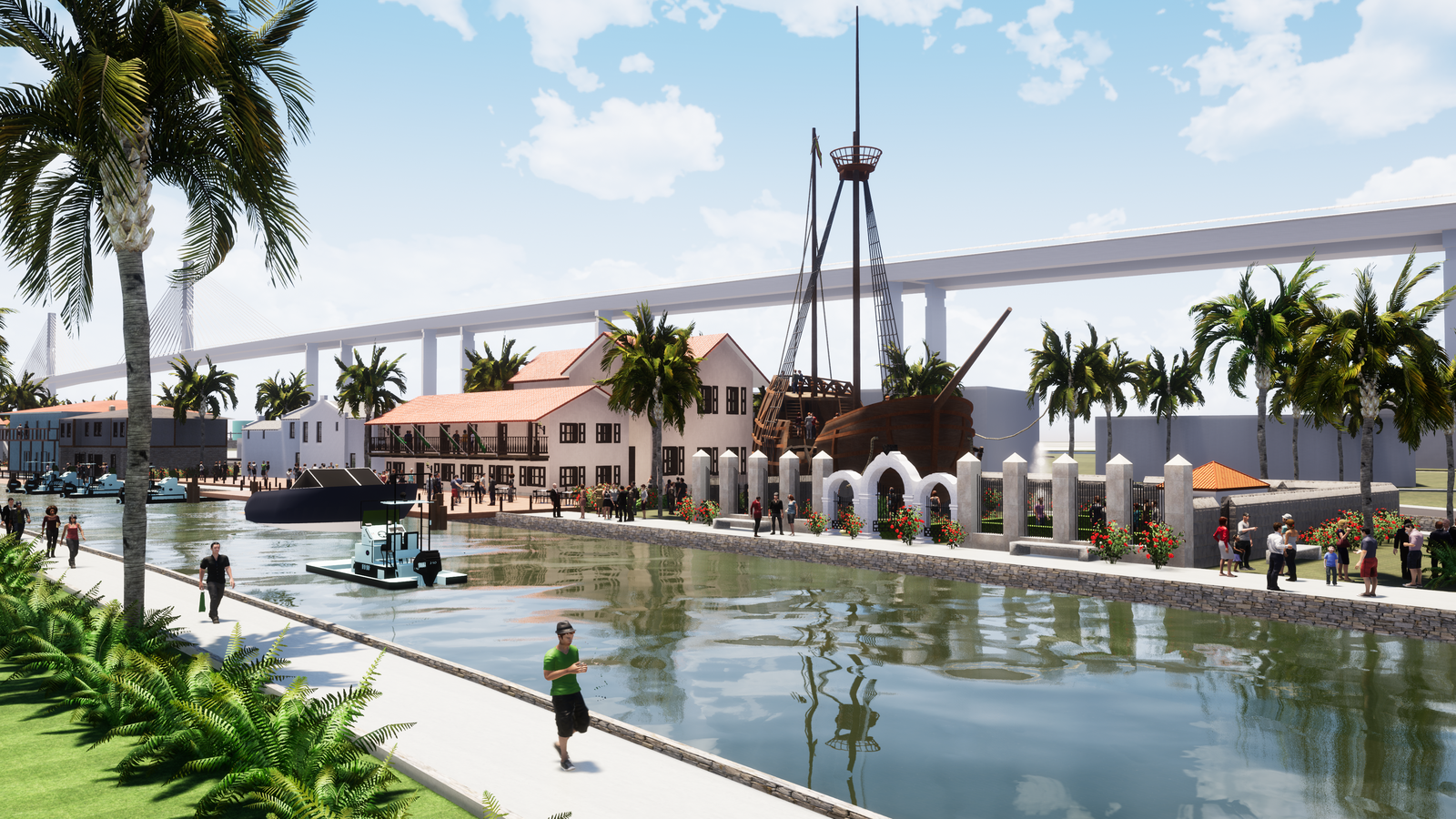 Throughout the 1970s and ’80s, Corpus Christi Beach, now known as North Beach, appeared to be somewhat falling on hard times. Businesses were scarce, eateries were few and tourist attractions non-existent. The area no longer seemed to maintain the same glorious image that it held during the ‘20s and ‘30s era.

Its acclaimed saltwater swimming pool and the carnival midway, attractions that had appeared in North Beach following the 1919 hurricane, had long since disappeared. Other than a simple stroll along the beach, or seasonal wading or fishing, there appeared little reason for an all-day excursion over the Harbor Bridge to the modest-looking beach area.

A turning point came in 1990 with the completion and opening of the Texas State Aquarium. A year later, the arrival of the USS Lexington aircraft carrier and its transformation into a floating museum added yet another spark to the region. Their recent redesigns and expansions have further enhanced their popularities with tourists and locals alike. Eateries such as Pier 99, Blackbeard’s and Fajitaville have also provided more dining experiences.

Now, developers want to take North Beach’s newfound popularity and prosperity to an even higher level, and provide a remedy to its continual drainage problem in the process.

The proposed project is the building of a large canal down the length of North Beach, directly along the old railroad line. The land site, which is all publicly owned, would serve as an ideal location for its placement, according to Jeff Blackard, president and CEO of Blackard Global, the real estate development firm that is working toward enhancing the future of the North Beach area.

“The appealing aspect of the project is that the city wouldn’t have to purchase any additional property to place the canal in,” Blackard said. “The location is already there that the city owns.”

The canal would serve as the focal point of Blackard’s perception for North Beach. He envisions a Riverwalk-style type of design with attractions such as a nature preserve, amphitheater and an amusement park, plus several new dining establishments. Expanded parking would be added to accommodate additional traffic flow.

Blackard also emphasized the need to construct the canal based on how it would alleviate the ongoing issue of inadequate drainage in the region due to heavy rains and occasional flooding.

“There’s a considerable amount of discussion ongoing, but it’s a requirement for the city,” Blackard said. “In fact, it’s public safety. When it rains, it’s difficult to get fire trucks or ambulances in there.”

Blackard hopes the city will give its approval on the project, and provide the $40 million price tag needed for its construction. He also hopes the canal can open before or around the same time as the new Harbor Bridge.