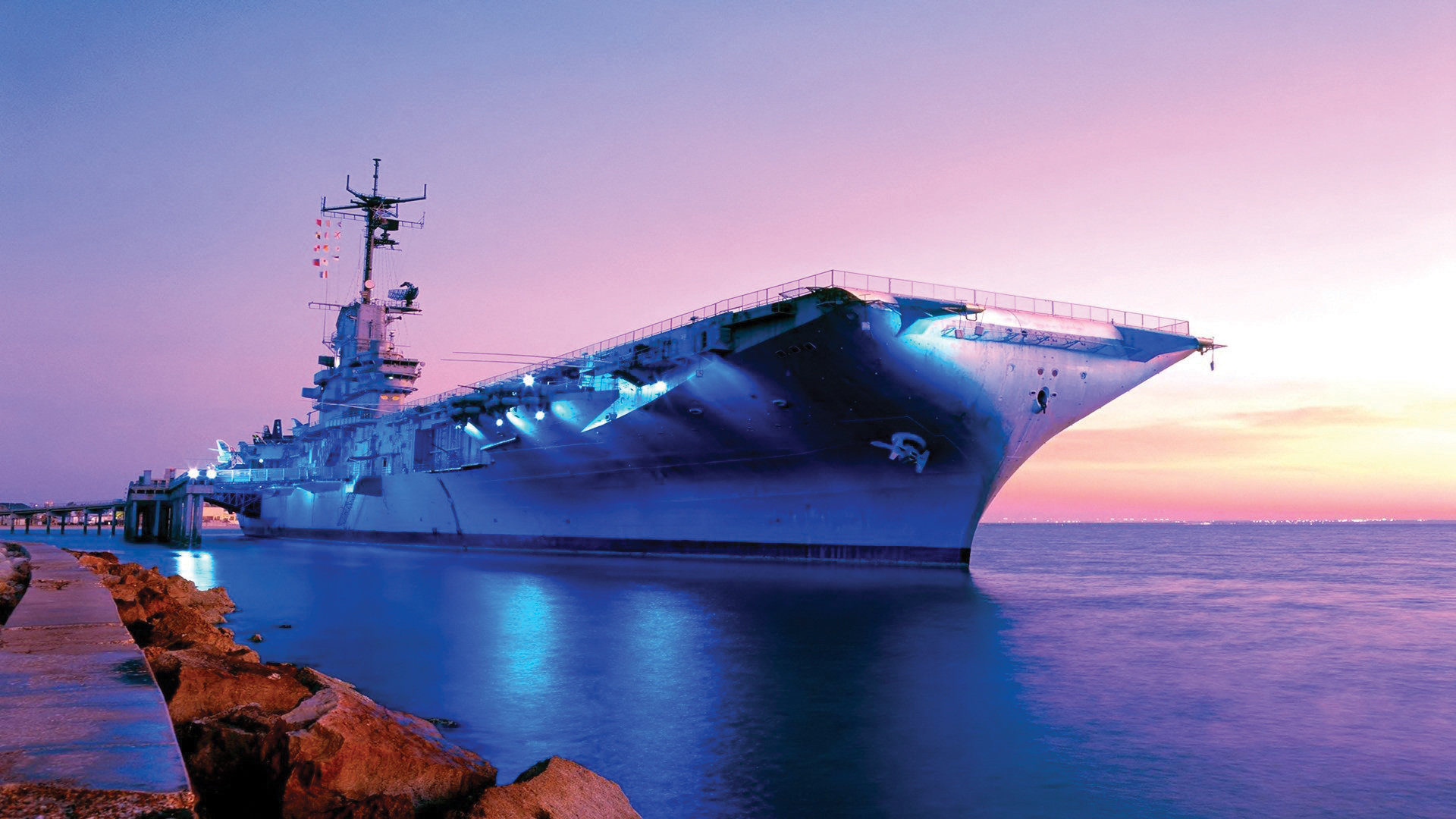 For many of the visitors who step aboard the Lexington Museum on the Bay, it is viewed as a monumental symbol of naval history. For others, its reputation as an aircraft carrier that supposedly houses ghostly entities has further added to its mystique and appeal.

The Blue Ghost hosted its annual Paranormal Ghost Experience on Feb. 7. The ship’s otherworldly/supernatural ambiance was revealed and displayed to professional paranormal investigators, as well as the general public, who were intrigued by the prospect of sensing or even encountering the presence of ghostly spectors.

Visitors were allowed to bring their own cameras and recording devices to experiment with what they could capture on video or sound.

“We had some very young, very dedicated service people killed during the years the ship was involved in combat,” said Bill Miller, a volunteer tour guide with the Lex who led the participants on the ghost tour. “Apparently, the ones who perished did not want to leave the ship. The paranormal Investigation tour offers the chance for those interested groups of individuals to help authenticate what has been claimed to be occurring onboard.”

Visitors began the tour at 7 p.m. and were allowed to stow whatever gear, supplies, snacks and beverages they were permitted to bring along in Hanger Bay ll.

Miller then led them into the officers’ meeting room below deck, and then along the maze of low-ceilinged corridors, equipment and engine rooms, sleeping quarters and offices where much of the hauntings have reportedly taken place.

One sighting of particular interest is Charlie, a neatly uniformed, blue-eyed young sailor who is claimed to have been spotted by both visitors and staff alike in the ship’s largest engine room deep below deck.

The tour concluded at 5 a.m. Tickets were $99 per person.

“The Paranormal Investigative Tour is scheduled each February,” Miller said. “But at other times throughout the year people may randomly schedule ghost tours through the ship’s Special Events Department.”

For more information on scheduling a ghost tour, as well as other events taking place on the Lexington, visit
www.usslexington.com.