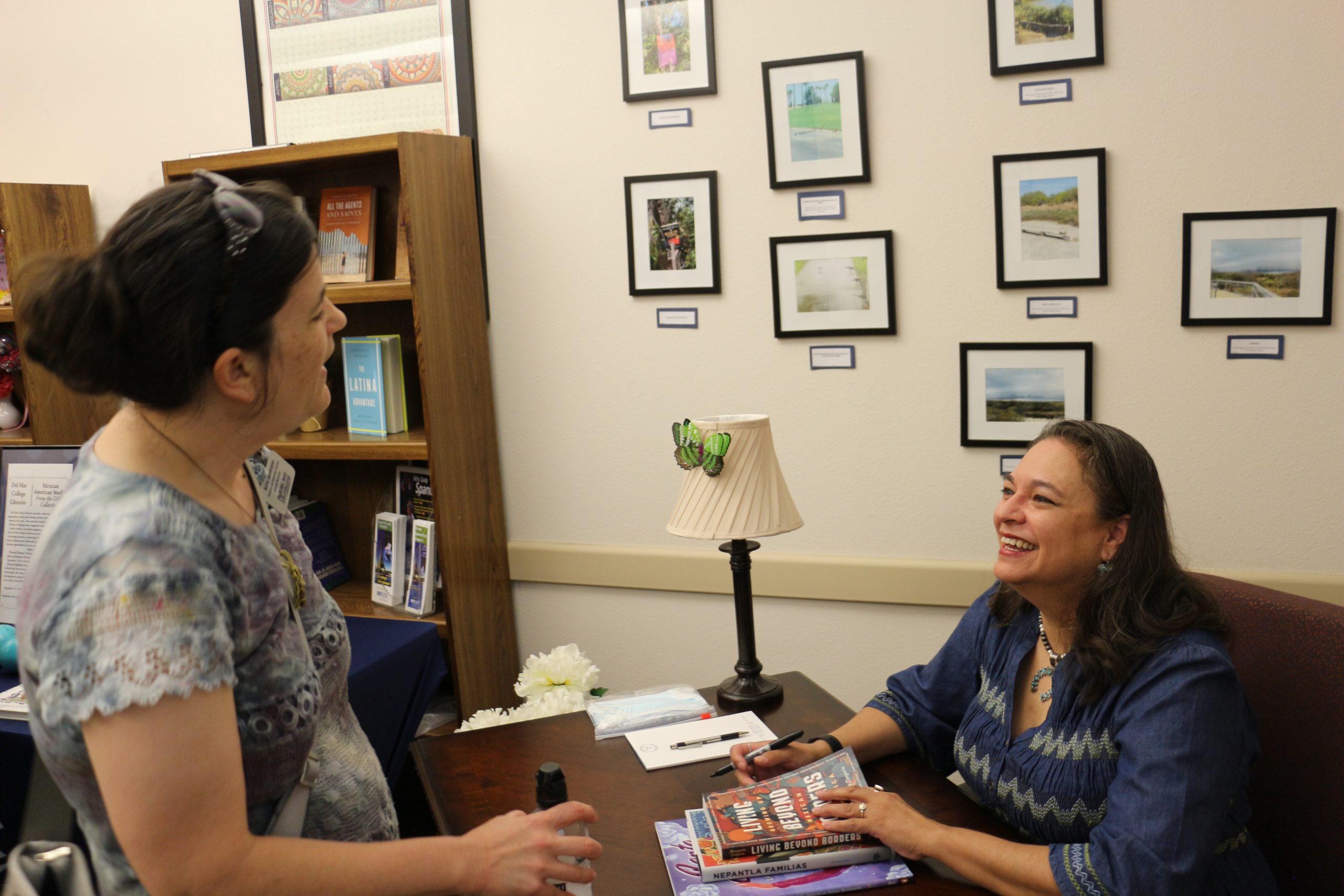 Diana López met with students and staff to discuss Hispanic heritage and promote her new book, “Los Monstruos: Felice and the Wailing Woman”

Over the past month, Del Mar College’s Center for Mexican-American Studies and the local branch of the Texas Association of Chicanos in Higher Education have hosted weekly events in observance of National Hispanic Heritage Month, which runs from Sept. 15 through Oct. 15. The center has held film showings, inaugurated art and literature displays and provided several online presentations.

The center brought Hispanic Heritage Month to a satisfying close with a book signing by author and Corpus Christi native Diana López on Oct. 13.

López has written a multitude of books, including “Sing with Me: The Story of Selena Quintanilla,” “Lucky Lucy” and the novelization of the award-winning Pixar animated film “Coco.” Hispanic heritage and Mexican-American culture play a key role in most of her writings, and several of her books for young audiences take place in Corpus Christi.

“It was a natural influence, I didn’t have to deliberately do it, because it was just where I grew up and what I was doing.” López said.

López, who began writing in her journal during middle school as a way to express her thoughts without interruption by outside noise, offered some advice to aspiring writers in the Hispanic community.

“Find out who the writers, who the Mexican-American writers are of today and start reading. You always want to read, you know? That’s the secret,” López said.

López is soon to release the first book of her upcoming “Los Monstruos” series, “Felice and the Wailing Woman.” Targeted toward young readers, “Los Monstruos” takes place in the fictional town of Tres Leches, Texas, and seeks to give a new, positive spin on some of the most famous characters of Mexican-American border lore.

“Lost Monstruos: Felice and the Wailing Woman” is planned to release in April 2023.