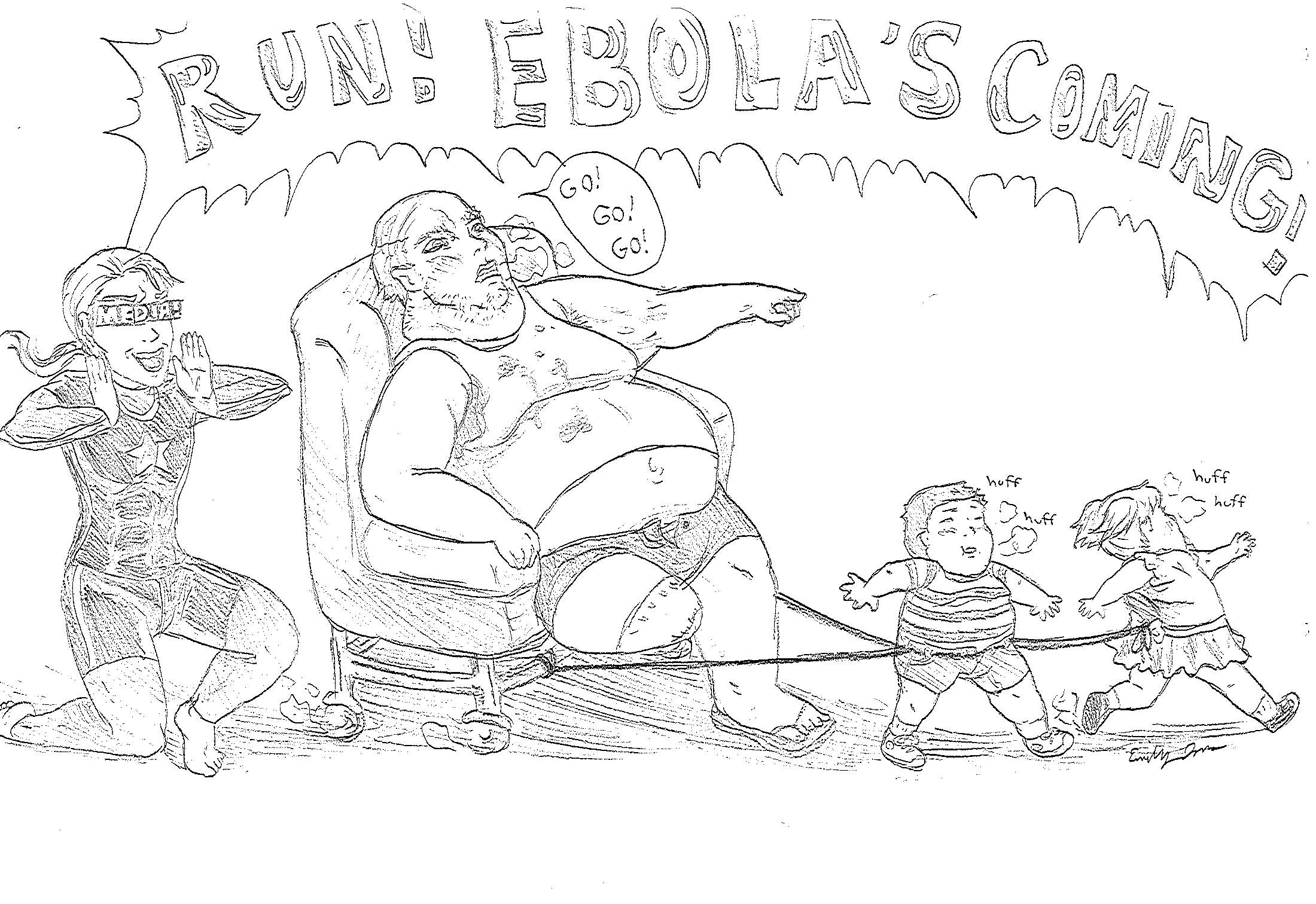 So why is everyone still freaking out?

Yes, getting the virus under control in West Africa is still an ongoing process. The Center for Disease Control and Prevention, the World Health Organization, Doctors Without Borders and other agencies are tirelessly working to help the infected and put a stop to the spreading of this virus.

So what now? As an American, feeling threatened by the Ebola virus is pretty ridiculous.

It’s ridiculous because it’s not here. Yes, people have contracted the virus, but under circumstances in which they were knowingly exposed by someone who got it overseas.

Ebola isn’t an airborne virus. You cannot catch it from people coughing or sneezing.

The miscommunication between how Ebola is contracted is why people are freaking out. Knowing the facts and doing a little bit of research will put the issue in perspective.

A poll taken by 1,004 American adults on Boston.com showed that 85 percent believed you’d be likely to catch Ebola if you were coughed or sneezed on by someone who had the disease.

Instead of overreacting about how Ebola is transmitted, why not look it up and answer any questions you might have for yourself before jumping to conclusions?

People have a higher chance of dying from the flu than contracting the Ebola virus.

Does that put anything in perspective?

If you feel better living your life in constant fear of the Ebola virus, then go right ahead, but you’re wasting your time. The epidemic isn’t something that should keep you up at night. Even though things are pretty hairy in West Africa, America has the resources to keep people safe and keep the virus contained.

Read a few articles, educate yourself, stop worrying about being exposed, and know that it is extremely unlikely for you to get Ebola.

So everyone, take a chill pill and live your life.