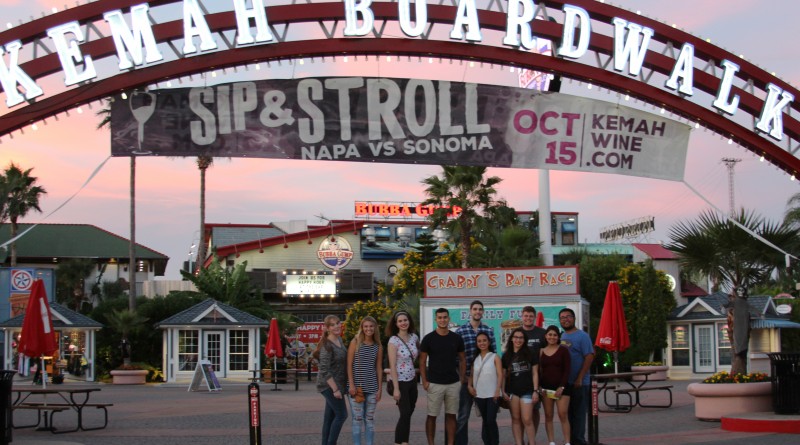 The Foghorn staff visits the Kemah Boardwalk during a break at the TCCJA conference.

Foghorn News staffers recently returned from one of their state conventions with more than 20 awards. A dozen students attended the Texas Community College Journalism Association conference and contest Oct. 14 in Kemah.

The Foghorn News brought home 21 awards total, 19 from work published during the 2015-16 academic year and two from the live contest. Students started the day at NASA with half sitting in on a news conference about Mars and the rest receiving a tour of the full-scale mockup training facility.

Associate Professor of Journalism Robert Muilenburg, who serves as one of the Foghorn’s advisers, was impressed with his students.

“The awards we win at these state competitions are a reflection of the talent and hard work by our students,” Muilenburg said. “You really can’t overstate the sacrifice and dedication it takes to put out a high-quality publication week after week and semester after semester.”

“Winning an award was very special to me personally, because it was some of the first stories that I had written for the Foghorn,” Farr said. “I really hope to improve in my writing during the rest of my career.”

“TCCJA member schools are among the best community college publications in nation, which is proven every year by the amount of national awards,” Muilenburg said. “These conferences are great opportunity for our students to compete with other colleges from around the state and introduce new journalism students to a very rich and thriving state journalism organization.”

The Foghorn News as a whole won honorable mention in general excellence in newspaper.