Ubisoft takes us from the windy city of Chicago to the “Golden City” of San Francisco in “Watch Dogs 2,” the sequel to 2014’s smash hit game. Although the first “Watch Dogs” was a huge success and sold 10 million copies, many felt it didn’t live up to high standards with its trailers and demos shown at E3. Two years later, a sequel was announced at E3 and fans were greeted with a sequel with a new city, lead character and tone. The sales for “Watch Dogs 2” have been underwhelming so far because of the mixed reactions of the first game, but this game shouldn’t be overlooked and manages to improve a lot from its predecessor.

San Francisco becomes the next city to have the newly upgraded ctOS 2.0 system installed, which connects everyone with everything. Marcus Holloway, a hacker from Oakland, is punished for a crime he didn’t commit by the newly upgraded system. Realizing that this system is harming the people of San Francisco, he decides to work with a hacking group known as DedSec to bring down the ctOS 2.0 and Blume, the company that made the system. 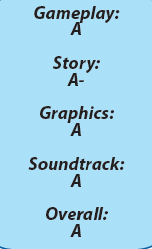 As you first start the game, many will notice that the story tone as changed drastically from the first. The previous entry was more of a revenge story mixed with hacking; here, it’s a story of a group of hackers trying to stop corrupt politicians and companies for the good of the people. One of the many things this game improves on is its story. The lead character, Marcus, is a major step up from Aiden Pierce from the first game for many reasons. He has a much better personality, and shows the joy of having the power to hack street lights causing collisions, bursting street pipes, and controlling certain vehicles using it to his advantage.

You can upgrade your hacking abilities by gaining “followers” and in return getting research points to spend. Here you can upgrade your phone to control cars, burst steam pipes and even have the cops arrest someone by forging evidence. Using the profiler app has changed. In the previous game you press a button and it appears. Here, you have to target the person or object you want to hack that takes a while to get used to, but once you get the hang of it San Francisco is your hacking playground.

In addition to the game’s main story mode, there many side quests to help you gain more followers, so grinding will be a requirement for this game.

The game’s multiplayer mode, which was shut down at launch because of issues reporting on those who got early copies of the game, is now active and fun to play. In addition to hacking invasions in from the first game, new modes have been added such as bounty hunt. This mode is activated when a person in the game has created too much chaos and has a police rating of three or higher; the player can go hunt you down in game. These modes are guaranteed to have gamers on their guard throughout, hoping not to get hacked or hunted down by rival players. You can also do co-op missions together, which is new to the series and encourages teamwork each time.

The series isn’t quite up to the legendary status of “Grand Theft Auto” yet, but Ubisoft has stepped it up with “Watch Dogs 2.” This game is definitely worth checking out — even those who felt the first one was a disappointment should find this game a massive improvement. It is available on Playstation 4, Xbox One and PC, with Playstation owners gaining early 30 day access to mission packs in the $30 season pass.