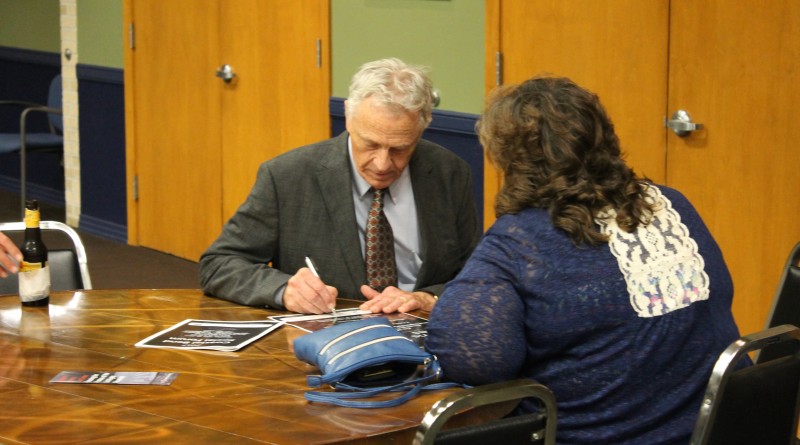 For Del Mar College Hall of Famer Marjorie Bryant-Sparrow, the chance to meet civil rights attorney Morris Dees was worth the decades-long wait.

“I wanted him to know that he saved my life,” Bryant-Sparrow said. “I’m trying really hard to keep my calm and not fangirl, but he did so much for me and so many others.” 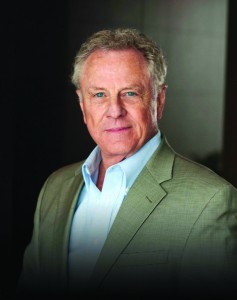 In the ‘80s, Dees went after the people behind the Bethesda Home for Girls in Mississippi, where the residents were abused. Bryant-Sparrow had been a resident of the home for around two years.

“I was there from 1982 to 1984, during the lawsuit,” Bryant-Sparrow said. “Mr. Dees gave a group of children who had no voice, a voice. He advocated for them and for children like me and gave us a voice. I’ve never met him until today, but I have sent letters and emails and Christmas cards to him and his secretary, which he probably didn’t read because who knows how many letters he gets, which is OK.”

Sparrow was just one of those who helped pack the Richardson Performance Hall on Sept. 15 to hear Dees speak.

Dees, the co-founder of the Southern Poverty Law Center, visited Del Mar as part of the biennial Coastal Bend Social Forum, which is curated by the Social Sciences Department at Del Mar.

He became known originally for how he would take on hate groups, most notably the KKK. Instead of taking them to court for criminal offenses, Dees would go after the Klan with civil suits, and gained notoriety for bankrupting them multiple times.

Dees headlined and opened the two-day event, which was focused around law and social justice. The second day saw speakers from various groups speak on topics such as marijuana legalization, LGBTQ rights, progressive changes in Nueces County and more.

With the ground floor of the Richardson nearly filled, Dees spoke on his long career and his thoughts on the current political climate.

Dees’ speech talked about many things in his life. He talked about how Martin Luther King Jr., who was active at the start of Dees career, influenced him greatly.

In one of the more poignant parts of Dees’ speech, he told the crowd about one of his most memorable cases against the Klan.

In 1981, Michael Donald was walking to the store in Mobile, Alabama, when two men asked him for directions. When he walked up to the car, the Klansmen jumped out, put a noose around his neck and dragged him to the woods, where they lynched him.

Donald was chosen at random, as the Klan wanted to set an example and intimidate blacks for a trial where an interracial jury had failed to convict another black man for killing a white police officer in Birmingham.

While his killers were convicted, Dees and the SPLC went after the KKK on behalf of his mother in a civil suit. In 1987, Beulah Mae Donald won a historic $7 million judgment in the case.

“(Defendant) James Tiger Noel sat on the stand and told the jury what happened, in graphic detail, of that night. You could see that she was feeling for the first time the pain that her son must have felt on that dreadful night,” Dees said.

“During his testimony, he looked down and said: ‘Miss Donald, can you forgive me? Can you find it in your heart to forgive me?’” Dees told the crowd. “She rocked back and forth in her seat, a very quiet and demure person, in this federal courthouse, jury there and all.”

“And I tell ya, I could try a thousand more cases and never be this moved,” Dees told the Richardson crowd, who hung on every one of his words. “She looked at him, with tears streaming down his eyes, and said, ‘Son, I’ve already forgiven you.’”

Dees said there wasn’t a dry eye in that courtroom, and many in attendance were similarly moved at his story.

“That judge brushed back a tear, as this dear woman, who had lost one of the most precious things in her life, could look into the face of this young Klansmen,” Dees said, “and be forgiven.”

Making connections to the region, Dees told the story of Vietnamese shrimpers, who worked on the docks along the Texas coast and how the Klan tried to get rid of them. Dees said these foreign workers were just trying to earn a place at “America’s table” after having left their homes because of the Vietnam War.

The Southern Poverty Law Center has since become a prominent anti-hate organization and is still active.

The second day featured numerous sessions of speakers on wide ranging topics that were connected to the law and social justice.

Nueces County District Attorney Mark Gonzalez spoke with two attorneys in his office about the changes that he has made in the county and his plans for future endeavors.

He spoke to the audience of over 50 people in a music classroom about new programs emphasizing citation, rehabilitation and keeping people out of jail.

“Our new approach to things such as marijuana possession has helped people greatly,” Gonzalez said. “We are making sure that harmless people don’t go to jail and that our resources are put to good use.”

The two-day event saw people of all ages and backgrounds coming together for different reasons.

Chris Smart, a psychology major at Del Mar, hadn’t planned on coming to the forum, but decided that seeing Dees speak was too big of an opportunity to pass up.

“He’s an important figure to hear and he has had such a long and great career,” Smart said.