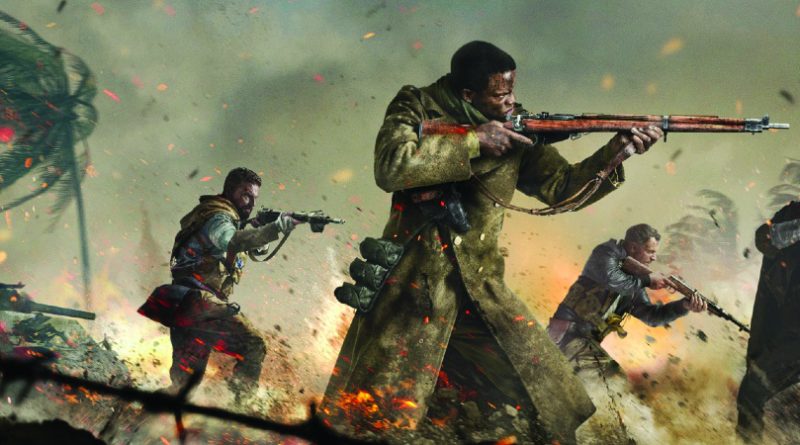 Sledgehammer Games has launched “Call of Duty: Vanguard,” and oh boy do I have a lot to say.

When you hear about a new Call of Duty game being added to the franchise people always have the same three stages of reaction. Stage 1 is of course excitement because it’s a new game, Stage 2 is sad because you are going to be leaving the last game, and of course the last stage is anger because of the game not being fully developed and completed before release.

The Call of Duty franchise holds a strong track record for games having a good number of bugs at launch and “Vanguard” was no exception.

For starters Field of View (FOV) seems to have a mind of its own and tends to change, which can be frustrating for many PC players who want to enjoy the game at max FOV. Another problem occurring is not being able to fully join a game with friends because the pregame lobby fails to load, and, of course, perks have their own issues too. Some perks are unusable in certain maps and then there are the Dev Errors; I could go on and on about the many issues popping up every day but let’s talk about the positives.

“Vanguard” at launch had 16 maps and 38 base weapons for players to enjoy. It’s great being able to access new maps instead of playing the same old ones on “Modern Warfare 2019.” Let’s be honest, no one moved to “Call of Duty: Cold War” for many reasons. Skill-based matchmaking is still as strong as ever, which can sometimes be frustrating but when you have 38 weapons at launch there’s bound to be a few broken ones that can help you out.

Right now, the meta is the STG because it’s a two-shot weapon and of course the broken to all hell combat shotgun. The combat shotgun can be compared to the SPR from “MW 2019” because of the mobility but it is still 100% a shotgun that can kill you point blank from across the map in one shot so use it now and make as many videos as possible with it while you can before it gets nerfed.

Some other guns that are having a bit of an issue among the sniping community is that the snipers are slooooowww but hopefully that is fixed soon even though not every sniper ever made in a game is meant to be used to quick scope. Also, don’t even get me started on the RICOCHET anti-cheat when there are already clear cheaters in the game at launch.

Luckily Sledgehammer Games tries its best to listen to the gaming community so I have faith that this game can slowly but surely be fixed. No one wants to spend another year on “MW 2019.”