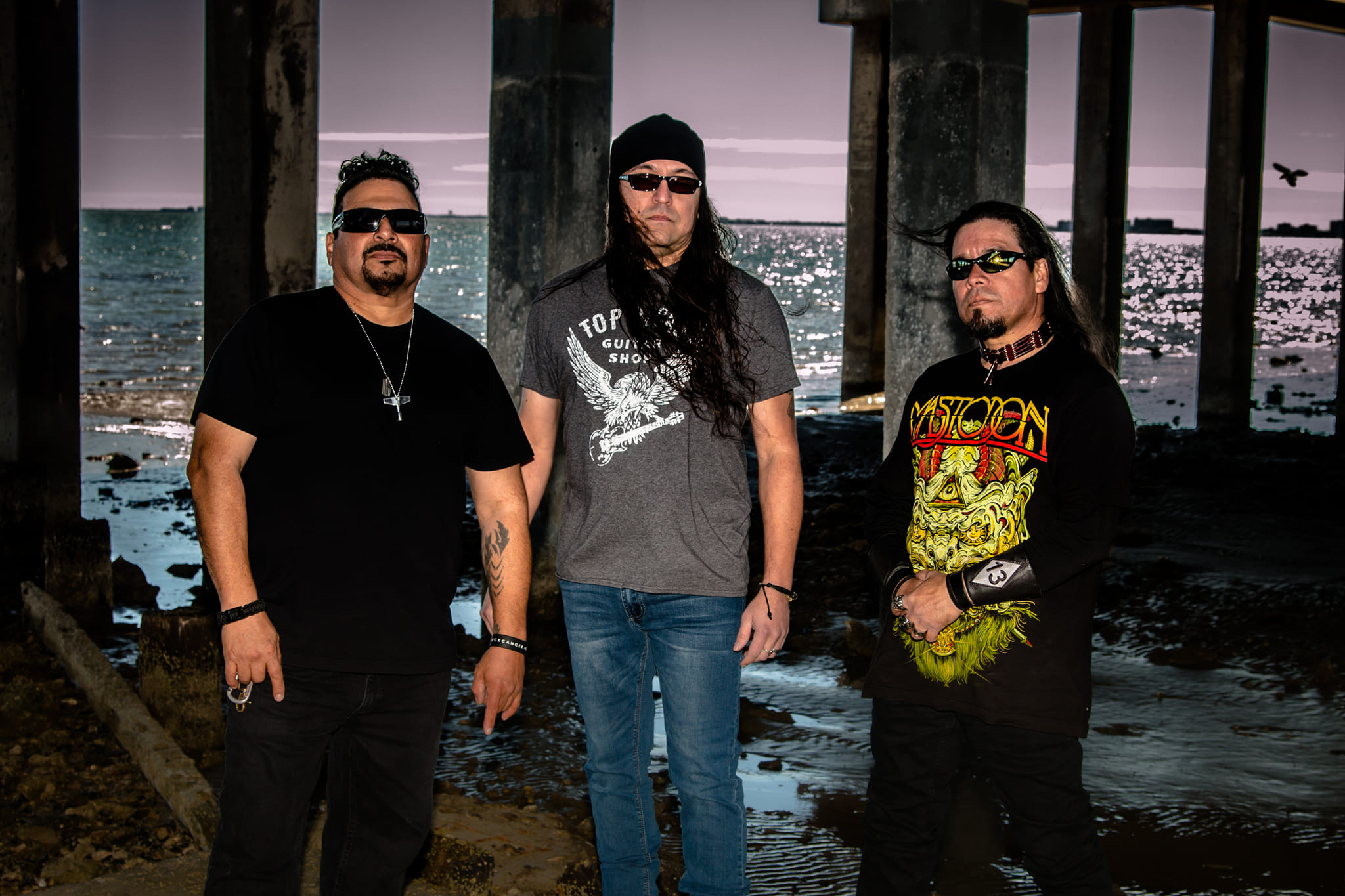 As music continues to evolve, the art of good old rock ‘n’ roll seems to be fading away. Bands like Motley Crue, Ratt and Poison, whose mantras were “Live Fast, Die Young and Rock Hard,” have almost become distant memories except for the multitude of farewell tours.

One local band continues to rock on and provide rock ‘n’ roll connoisseurs with heavy grooves and party jams that will motivate fans to get up and dance.

“Our influences range from Queen to Led Zepplin to AC/DC and many other classic rock bands,” said Ruthless Jon, drummer for the band Wicked Age. “We have so many different influences that we just try to combine them and go with whatever comes out of it.

“It has basically been very premature for us because we’re learning a lot from it and beginning to write more and more and it’s beginning to flow real well.”

Wicked Age formed in 2018. Band members Chris Pierce, vocals and guitar, Larry Garcia , bass and backup vocals and Ruthless Jon, drums and backup vocals, were all in the band Mezzy Mezzner before forming their current band. They started playing shows in local venues and were booked for a few festivals such as Classic Rock 104.5 Roar by the Shore, the annual bike rally held each October. Because of the COVID-19 pandemic, those shows were canceled in 2020 and 2021, forcing Wicked Age to sit and wait for the chance to perform again.

During this time, the band was able to get in the studio and record their first five song self-titled EP, set to be released in mid-2022. With songs like “Visions”, “Miss Understood”, an” ‘Break Away” their sound can be described as a mix of Shinedown and a little Tool, although not as technical. The other two songs are “Piece of Me” and “Backstab.”

“Visions corollates with the pandamic and everything that’s going on,” Ruthless Jon saud. “It’s very spiritual and uplifting.

“Break Away is more upbeat, kind of dance/rock that would motivate people to get up and dance and move some.”

Currently, the band is preparing for spring break and looking to promote the EP while working on a full-length album. Their goal is to be able to book some local bars and clubs and eventually get some festivals again but with everything going on with the pandemic, it’s still hard to get solid bookings.

“The problem is because we’re still not at the end of the pandemic, it’s always been questionable,” Ruthless Jon said. “Once we get ready to do shows, even in this past year, something would come up where there’s a spike in cases and shows get cancelled.”

Still, Wicked Age is determined to keep rocking and entertaining rock ‘n’ roll enthusiasts and with upcoming bookings pending, they look forward to getting back on stage.

Currently, you can find their EP on Spotify and YouTube and on wickedage.com.

According to Ruthless Jon, their full-length 12-song album should be released by early 2023 and there are plans to put out vinyl.

“We feel there is still a craving for something that is vintage, so we want to bring that back and have it available,” Ruthless Jon said.

For more information, find them on Facebook and other social media platforms.

One thought on “Wicked Age proves that rock is not dead”