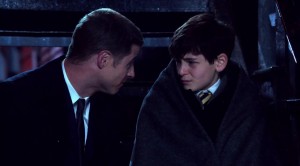 Viewers can delve into the world before Batman in Fox’s “Gotham.” Batman, created by Bob Kane and Bill Finger, made his first official appearance in Detective Comics No. 27.

“Gotham” follows James Gordon, played by Ben McKenzie, a young detective for Gotham City police investigating the death of Thomas and Martha Wayne, along with his partner, Harvey Bullock (Donal Logue). As these two detectives continue searching for clues, they come across new and familiar characters from Batman comics.

Gordon forges a friendship with Bruce Wayne (David Mazouz) during Wayne’s death investigation. As seen in other forms of media, Batman and Gordon share a brotherly-like bond. He lights up the Bat Signal whenever he needs Batman’s help. However, his relationship with Wayne was rarely depicted in comics, film and television.

Fox made a troubling city really pop up in “Gotham.” 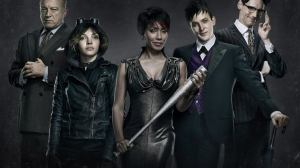 Unlike Christopher Nolan’s or Tim Burton’s Batman films, Fox nailed the look and feel of Gotham City. The city has a dark, gritty tone similar to the Batman comics.

The new crime television series does have some setbacks.

Over time, the dialogue felt rushed and out of place. Some scenes in “Gotham” had weird camera angles. In one scene that appears to have been shot with a Go Pro camera, Gordon is chasing down a criminal. There are few action sequences in “Gotham.”

“Gotham” shows viewers a city before Batman and delivers a fresh new take on the Caped Crusader. People new to Batman can watch it without reading the comic books, and superhero lovers will love it. “Gotham” airs at 7 p.m. Mondays on Fox.