Dallas-based band Metal Shop will return to Corpus Christi on March 21 for a show at Brewster Street Ice House. Fans packed the club Feb. 21 to see the band, which is famous for its classic rock music. The group has been performing for seven years and continues to build its fan base around the state. Band members include lead vocalist Michael Diamond, lead guitarist Ritchie Ratchett, lead bass Ginger Roxxx and lead drummer Crash Gordon. 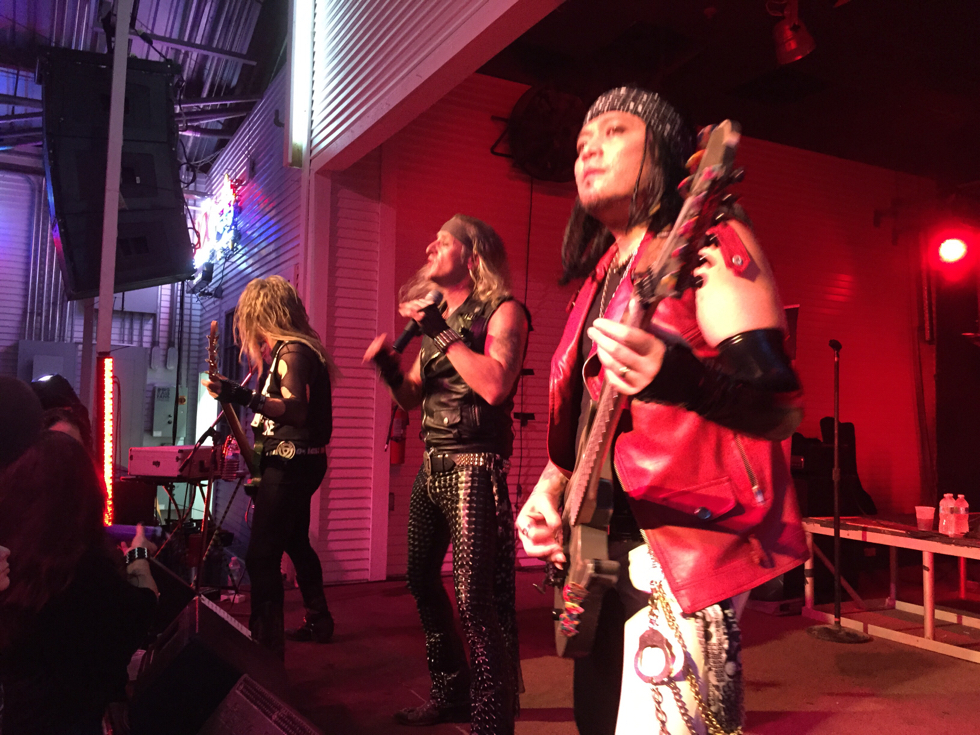 Fans were excited to see the band, which is known for wearing tons of makeup, cool clothes and big hair. The group counts legendary artists such as Bon Jovi, Def Leppard, AC/DC, Guns N Roses and Poison as its inspiration.

Corpus Christi residents Teresa Garza and Jessica Hernandez have been fans of the band for the past two years.

“The thing we like about the music is it’s ’80s rock, and family fun,” Garza said. The couple brought their 9-year-old daughter, Sarai, to the show.

One of the reasons the couple likes the band is because its performances are always family friendly.

“It’s not our first time and certainly won’t be our last,” Hernandez said.

Ratchett, the band’s lead guitarist, prides himself on putting on an entertaining show.

“I like the metal genre because it’s awesome and fun,” Ratchett said. “ I like watching people’s reactions when I perform.”

The band’s members are full-time musicians who couldn’t imagine doing anything else. All they do is perform and sleep metal.

“All we are is musicians and all we do is perform,” Diamond said.