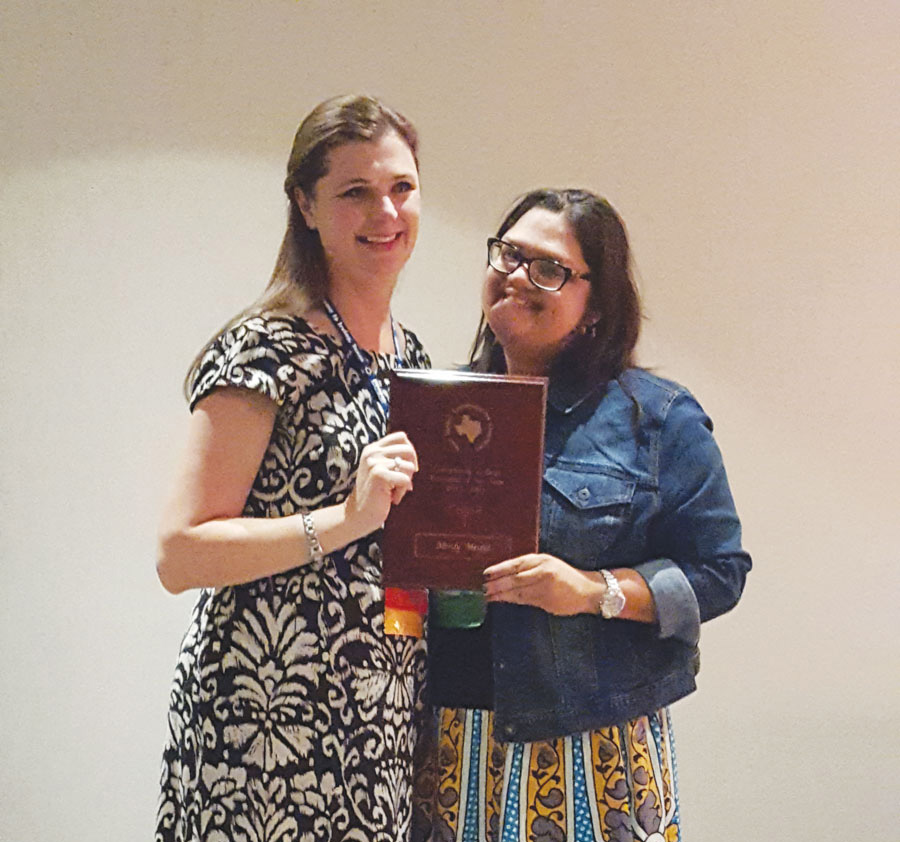 During the first weekend of October, big awards were given out to two Del Mar College speech professors at the Texas Speech Communication Association conference in Dallas.

Amy Jones, professor of speech, was passed the gavel as she became president of the association. She had previously served as vice president. Coming to the conference, Jones had to create the panels and programs that are the heart of the conference.

“Amy will be the main decision-maker for the state speech organization,” said speech professor Sarah Contreras. “The hardest part of that job is when you are VP, so she just finished planning the whole conference this year. In the speech department, we are all very close.” 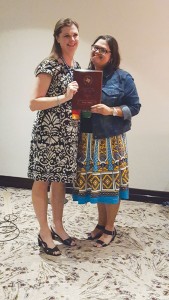 “This is just the beginning,” Meurer said. “I feel like I have a validation that I am doing something right so I feel more confident in the classroom. My next goal is just do whatever it takes to be better.”

“Mendy has grown so much. I met her when she was 18 in my class, she became a star on the Vocal Viking speech team, winning scholarship through forensics to WTAMU, then working in our speech lab while she got her master’s and now is tenure track faculty member,” Contreras said.

There were also a touching moment at the conference between Contreras and Meurer since they have known each other for a long time. They took part in a panel called “Mentors and Mentees” because Contreras mentored Meurer.

“We were selected to speak about our relationship in the panel; that was really very special,” Meurer said.