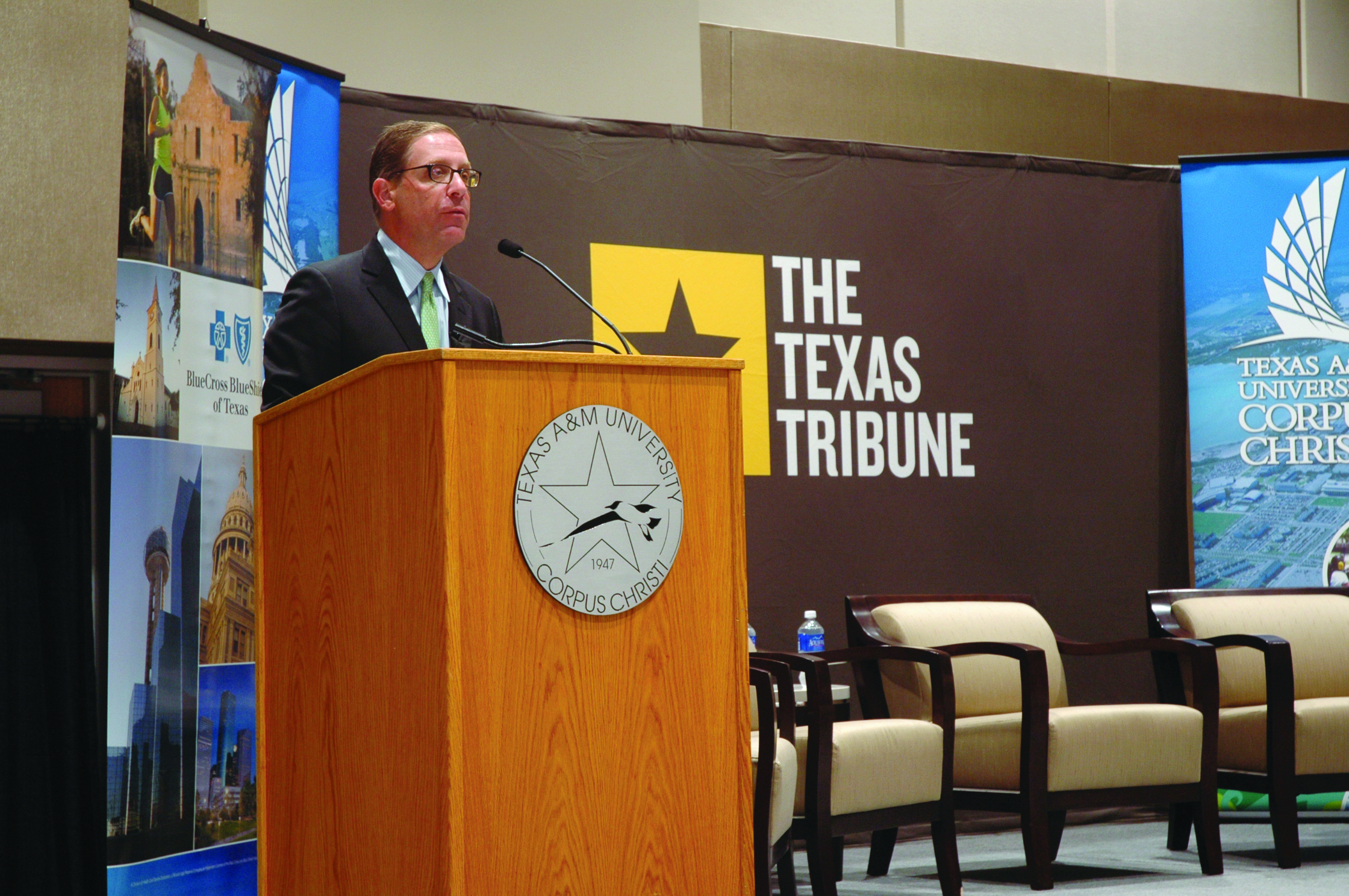 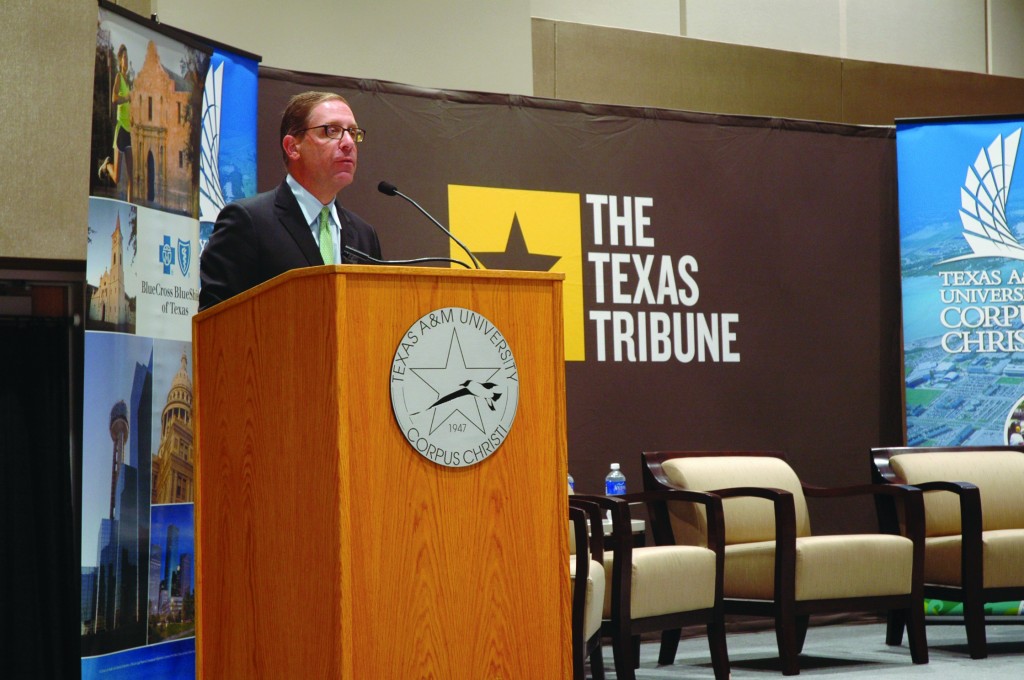 Texas Tribune CEO and Editor-in-Chief Evan Smith speaks at “The Environment: The Next Five Years” on Sept. 28 at Texas A&M University-Corpus Christi.

“We are obviously a news organization that’s focusing on public policy and politics,” Evans said. “And so the environment is one of the eight big things that we cover as a vertical beat. This year all year long, because it is our fifth anniversary, we have been doing a special series of conversations on college campuses using that fifth year as a catalyst. We want to take issues, such as the environment, and look out five years from now and say where is Texas headed and how do we get there.”

The Texas Tribune’s hope is that from these conversations the public can get a sense what the big challenge is and opportunities are from the state and what it is going to take from a budget and non-budget standpoint.

The panel was over an hour long and discussed a wide range of issues, including whether Texas is helping the environment and if it is taking the steps to ensure that it is protected. In the coming years, a host of natural and manmade factors such as extreme weather, sea level rise, coastal erosion, industrial growth and federal regulations promise to affect Texas’ rich natural resources.