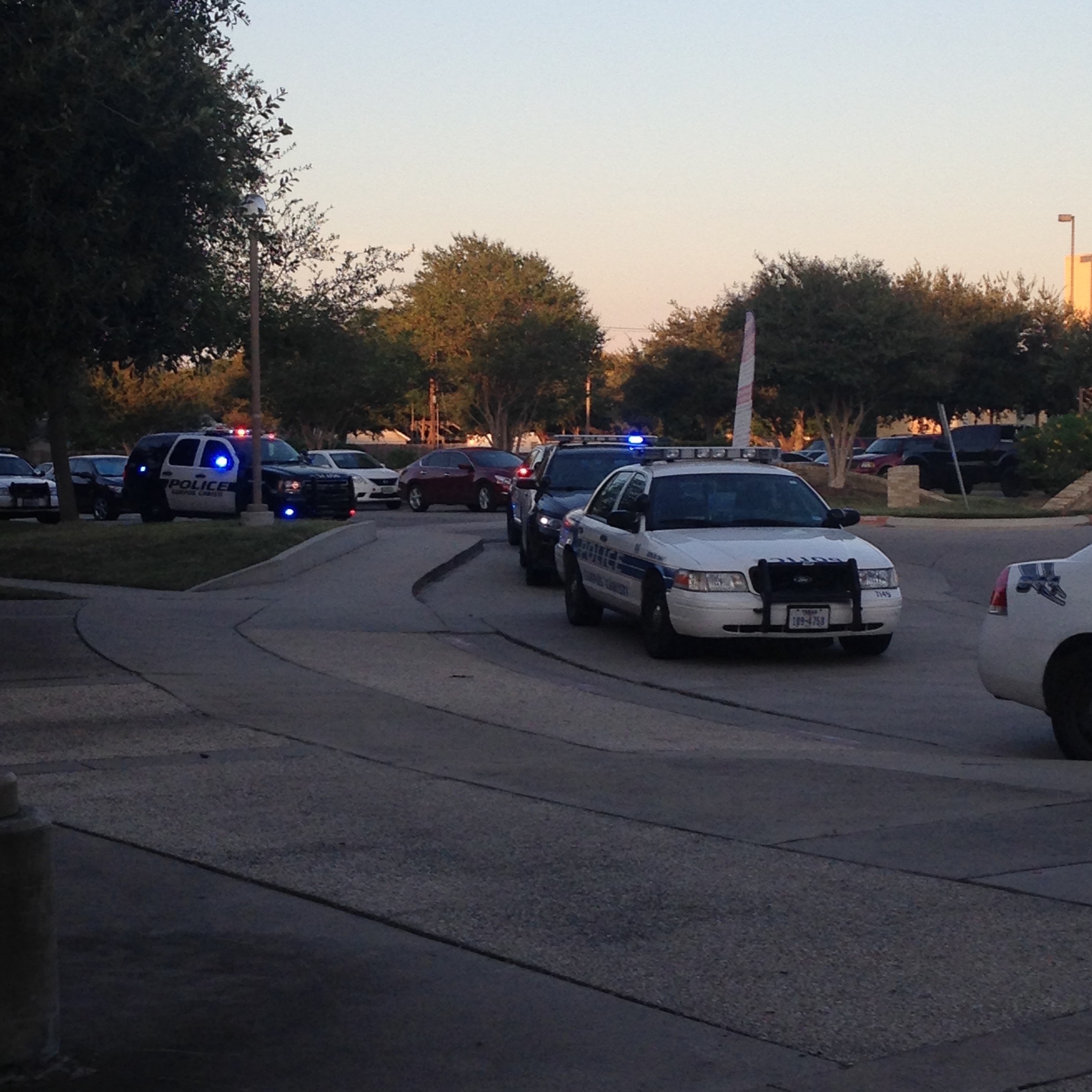 About 30 Corpus Christi police units surrounded Del Mar College’s East Campus after a 911 call of shots being fired at about 6:45 p.m. Monday, Oct. 5.

While armed officers searched the Memorial Classroom building for a shooter, witnesses outside told officers there were no shots fired. Instead, a truck had repeatedly backfired on Ayers Street near Wienerschnitzel, witnesses said. 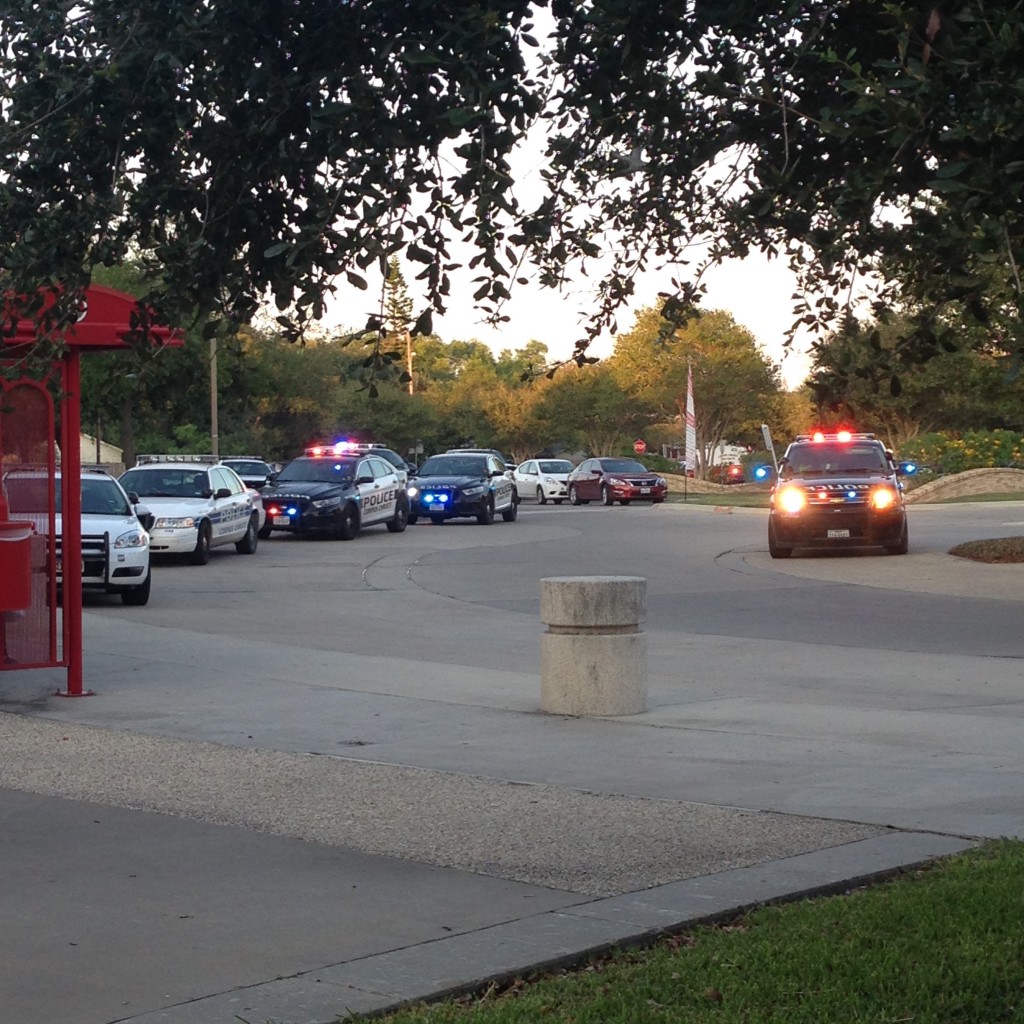 Police officers arrive on Del Mar College’s East Campus in response to a 911 call of shots being fired on site.

“Basically, we had a truck that backfired four or five times on Ayers and everybody freaked out,” said Officer Daniel Tovar of the Corpus Christi Police Department. “The person that called 911 thought it was a shooter on campus, thinking of the worst, but it was just the opposite. A truck on Ayers was just backfiring really loud turning on the corner of Ayers and Baldwin.”

Tovar said police were quick to respond after the caller said shots had been fired. 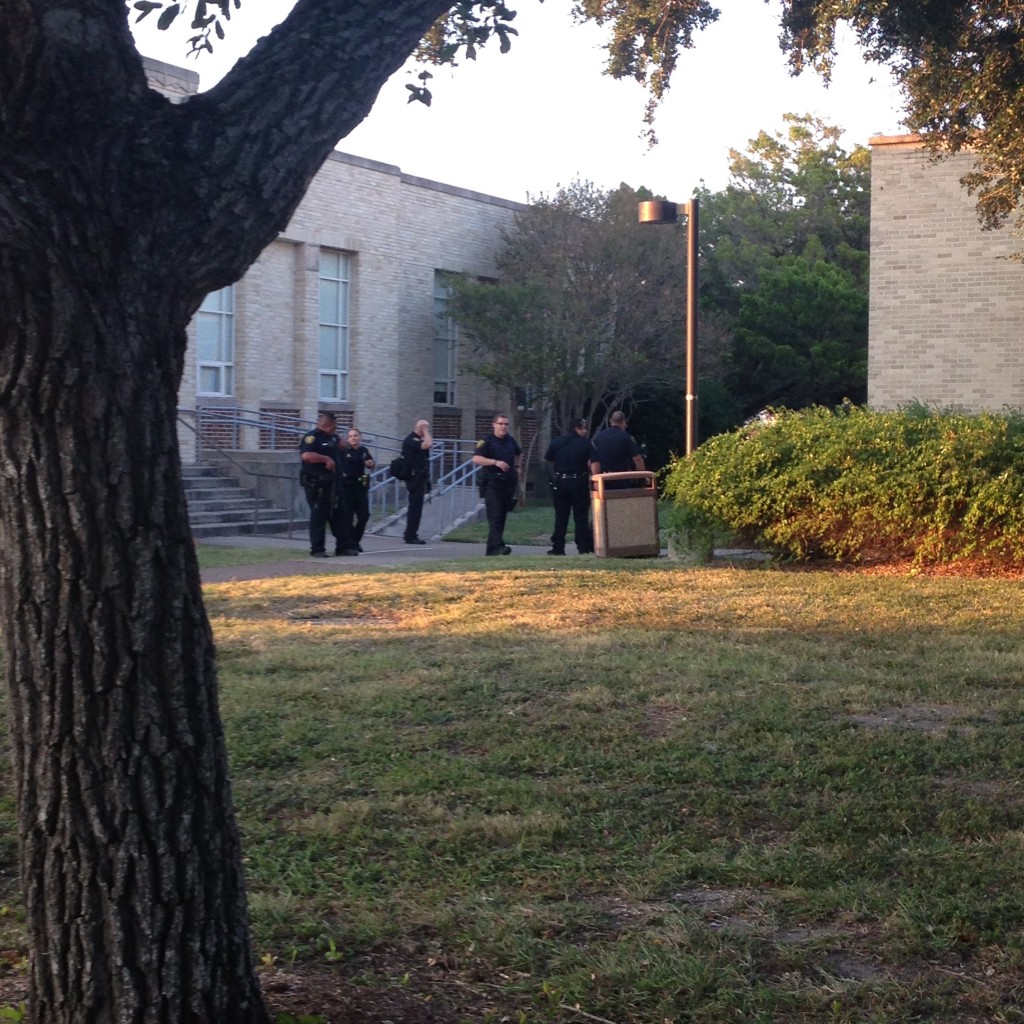 Police exit the Memorial Classroom Building on Del Mar College’s East Campus after learning the 911 call was a false alarm.

“That is why there around 30 units here surrounding the campus,” Tovar said. “We immediately identified within a few minutes that the call was in fact a false alarm and we were confirmed by five different witnesses who actually saw the truck backfiring outside. We still searched the building but we didn’t find anything.”

No DMC Alert was sent during the brief incident.