In 1910, Eastern and Southern Europeans made up 70 percent of the immigrants entering the United States. The vast majority of immigrants crowded into the growing cities, searching for their chance to make a better life for themselves in the land of opportunity. The influx of newcomers resulted in anti-immigrant sentiment among certain factions of America’s native-born, predominantly Anglo-Saxon Protestant population. The new arrivals were often seen as unwanted competition for jobs, while many Catholics — especially the Irish — experienced discrimination for their religious beliefs. This resulted in in the Emergency Quota Act of 1921, which restricted annual immigration from a given country to 3 percent of the number of people from that country living in the U.S. by 1910. It wasn’t until the Immigration and National Act of 1965 when the quotas on nation origins was repealed over forty-four years later.

Fast-forward over a hundred years later, and it appears that America is repeating history when it comes to the issues on today’s immigration. The European refugee crisis is a major talk in the media. Sure, the refugees of today are no longer from Eastern and Southern Europe but, rather, from Syria. 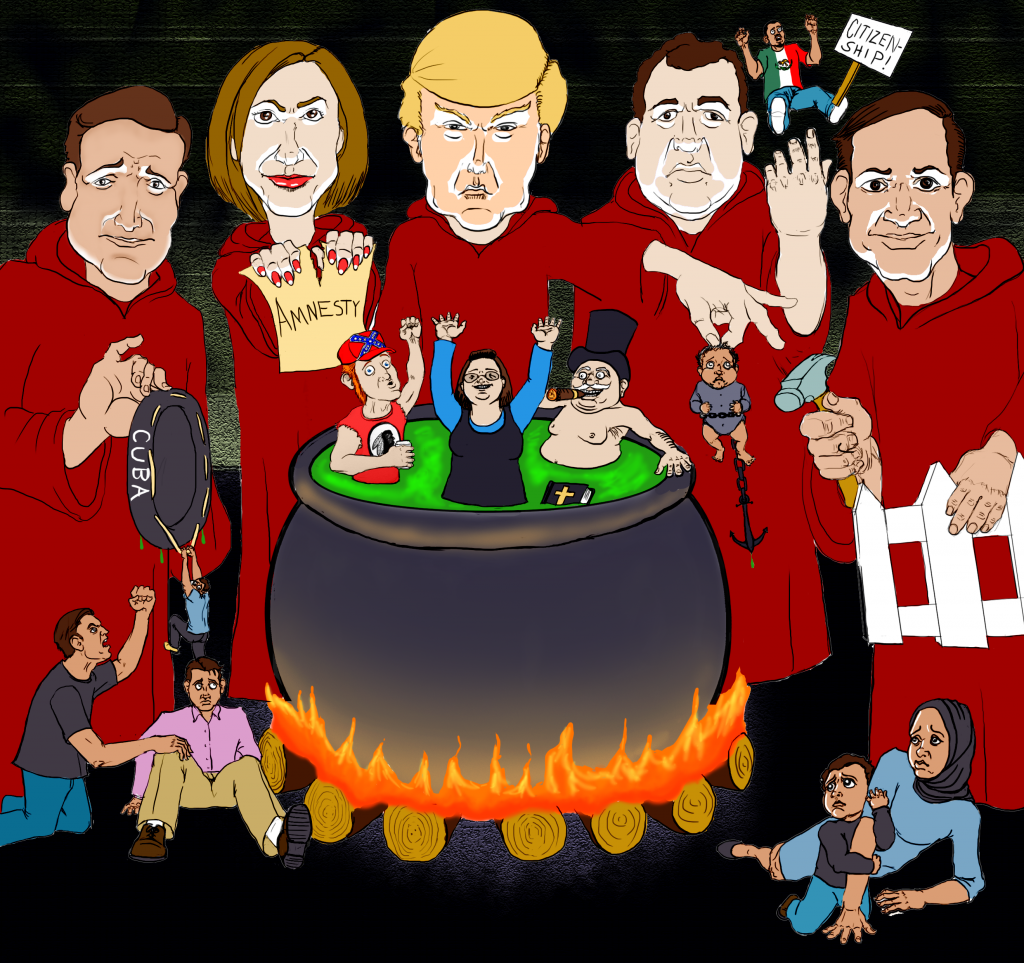 Since the Arab Spring in 2011, a brutal civil war has affected Syria. From religious extremists to ISIS, the Syrian people have fled their dangerous homeland. As a result, many refugee camps are crowded and undersupplied, subjecting people to cold, hunger and disease. Instead of the world coming together in a united front, it has become more divided. Islam, high birth rates, crime and the collapse of social systems are all fears the Western world has. It’s a global problem, one in which the United States is involved too.

Sure, the U.S. has agreed to take in from 5,000 to 8,000 Syrian refugees in 2016, but groups like the International Rescue Committee say this can only be the first step and that ultimately America should take tens of thousands more. America does take in relatively large numbers of asylum seekers overall, with about 70,000 applications accepted each year. It’s a popular place for asylum seekers, but Germany, which is expected to receive around 800,000 migrants and refugees in 2015, gives an indication of how the United States appears to not be pulling its weight.

These factors may well get worse as the United States nears the 2016 election, where immigration is already a key issue in the presidential campaign. The leading Republican candidate, Donald Trump, has proposed building a wall along the country’s border with Mexico, a move that parallels similar moves made by Europeans. Anti-immigration sentiment tends to rise when people feel economically insecure, as many do in Western countries now. The insecurity can bring a sense of zero-sum competition, even though in fact migration is typically economically beneficial.

There is enormous political demand within Western countries for keeping out migrants and refugees. This should not be the case. Without immigrants, the United States would not exist. The country is built on this principle alone. It is not called a “melting pot” for nothing.

Pope Francis visited the United States last month and made a speech in Congress discussing this particular issue on immigration. He implored America’s leaders to accept those born in other countries as their own children, urging lawmakers to set aside political differences and embrace people who travel here in search of a better life.

“Your own responsibility as members of Congress is to enable this country, by your legislative activity, to grow as a nation,” the pontiff said.

Pope Francis made the appropriate observation for the United States to live up to the high standards that we set for ourselves, so why not live up to them?