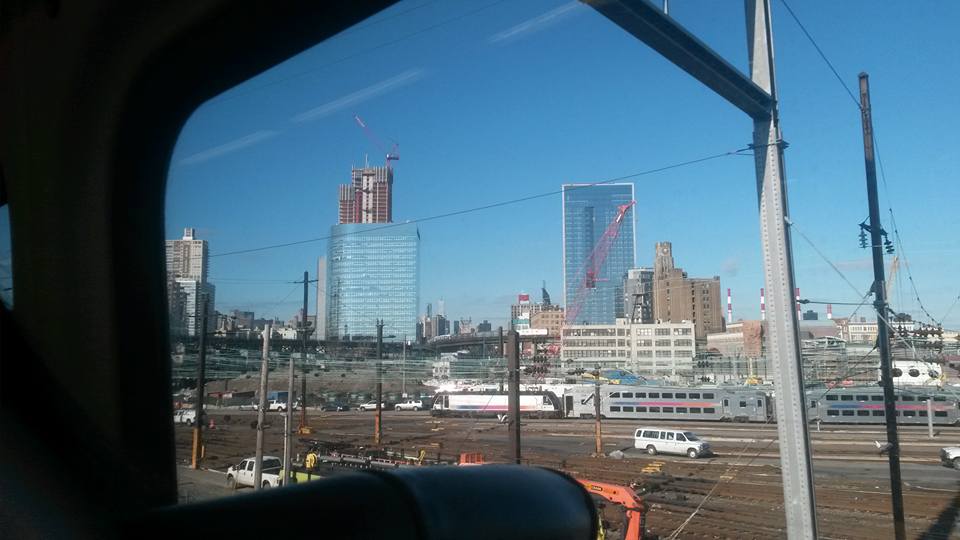 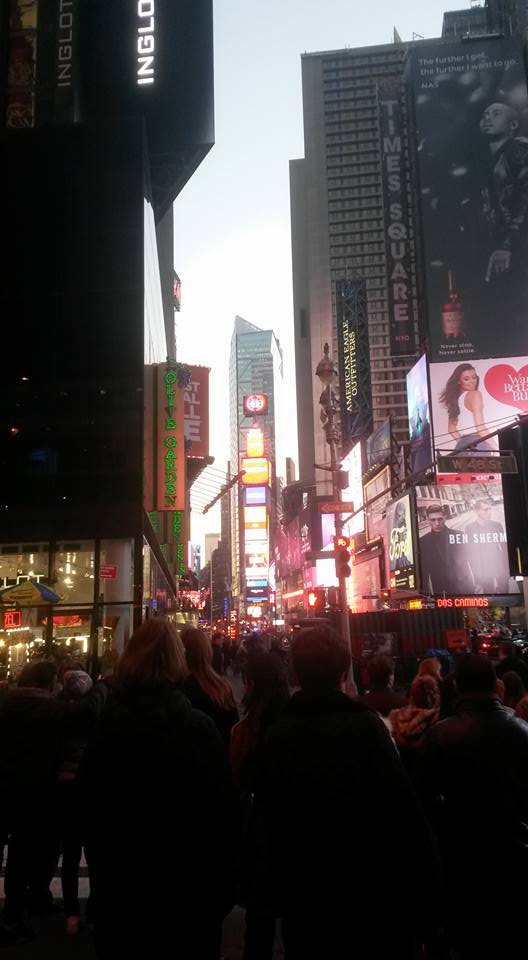 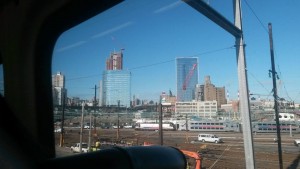 After a day of travel the fun begins as we explore Manhattan. Taking the Long Island Rail Road, with our friends from Mary Hardin Baylor, we viewed (or tried to catch more sleep) the different towns on the way to Manhattan before jumping on the subway to get to our first spot, Ground Zero.

Walking the same streets that many people ran away from the debris was daunting but also seeing the buildings that were destroyed now rebuilt or still in the process of being rebuilt replayed the images in my mind on what I saw on TV when it happened, though I was in kindergarten. Reaching the memorial, which is alongside the newly rebuilt World Trade Center, was realistic to me because I was standing in the area where America witnessed its darkest day then falling silent as the world watched what was happening. Reading the names of all the lives lost and listening to the waterfall, which is symbolic to the towers coming down, made it feel even more real on what happened in this part of the city. Following Ground Zero we went to a church nearby, the same church George Washington himself went, where they helped the first responders and volunteers who were looking for people in the ruble. Today it is a museum for people to come see the church on what it was used for during the dark days in 2001 but also old gravestones from the people who lived in the area in the 1700s. 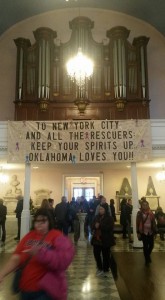 It won’t be right to leave New York without having New York style pizza, which in my opinion is really different from Pizza Hut, Papa John’s and Dominos. The next place we went to was Battery Park to see the memorials of the Fallen Heroes and also the Statue of Liberty from afar. We took a train that went to Grand Central Station, which is like what is depicted in movies. Beautiful constellation ceiling, clock in the middle of the station and many different exits to take that takes you to different streets. One of those streets led us to Rockefeller Center where the ice skating rink is along with the Rockefeller tree. We were let loose for a few minutes so I took that opportunity to visit NBC studios, only the first floor, and the Today Show studio from the outside, since my career will be in television news I really wanted to see some of the high market studios in New York.

Our last stop was Time Square, which is where we were able to visit stores of our choice, in a group or with another person of course, to shop. Along the way I saw Fox News, which is where I sprouted my love for breaking news through watching Shepard Smith at home. John Caceres and my boyfriend, Lennon Mendiola, went to the M&M Factory, the Hershey store, walked about outside Time Square as we were ambushed by people dressed in character costumes to take pictures, then the Disney store where meet a few of our friends from Mary Hardin Baylor and our own teammates Miguel Porifiro and Bri Johnson. We walked around for a bit before visiting ABC News Studios in Time Square. Seeing that it was close to the time to meet up we went to Juniors to meet with the team, after going the wrong way we managed to find the restaurant which in my opinion had the BEST macaroni and cheese I’ve ever had. 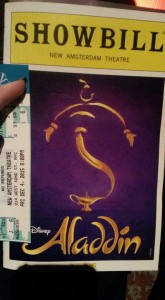 The last place we did that day was to see a Broadway show; I mean if you come to New York you have to watch a Broadway Play. We choose to see Aladdin at New Amsterdam Theatre which was beyond amazing. The actors, the music, the dancing and the sets were all beautifully put together and it was obvious that the work they put in showed.

It was already a little after 11 p.m. when we left the show and made our way to Penn Station to catch the Long Island train back to where we first started our adventure. By the time we all got back to the hotel it was close to 1am and competition started bright and early Saturday at 8:30 a.m. until 6 p.m. 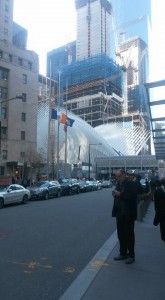 The competition itself was different than what we were use to in Texas though not so juristic. The times of our events were different than in Texas so some only competed in the mornings or after lunch. Everyone was friendly and many of us made friends from competitors who live in New York or were from another school that had to travel by plane to compete (6 total schools including our team). Close to the end of the tournament for Saturday were finals rounds, I made a promise to myself before leaving that I was going to bring home a trophy in my suitcase which I did along with Miguel Porifiro and Bri Johnson. Miguel and I competed in POI (Program Oral Interpretation) and Bri competed in Informative speaking. Both Bri and I got 6th place in the event and Miguel got 4th place. Getting exposed to the style of competition along with the various topics in New York was different from Texas which was a learning experience on new possible ideas. 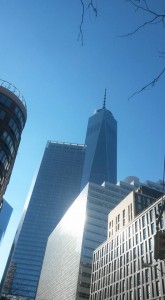 Before we packed up to get ready to catch our 9:30 flight from Long Island we celebrated with a team dinner which we had lots of smiles, congratulations and plenty of laughs. Even after a long weekend of lack of sleep, tired feet and hungry tummies, having this moment with all 11 team members (including myself) really tied the trip together to be perfect, especially before finals.

Sunday came and it was time to go home. Being in another state with the rest of the Vocal Vikings was a real blessing because we got to share this adventure with one another. For some, this was their first time on a plane and going to a different state for others it was their first time competing in a different circuit than Texas tournaments. Arriving back to Corpus Christi or adventures together in New York came to a close but with the pictures we all took it will sure live on.

From the Vocal Vikings, we want to give a special Thank You to Sarah Contreras for making this trip possible for us to go and giving us the help and push we needed to be our very best and to Tammy Donaldson for being apart of experiencing these memories and adventures. Without Sarah and Tammy this trip would not have happened, Thank You So Much!

Have a Happy Holidays and have a amazing break to restore our brains from finals!