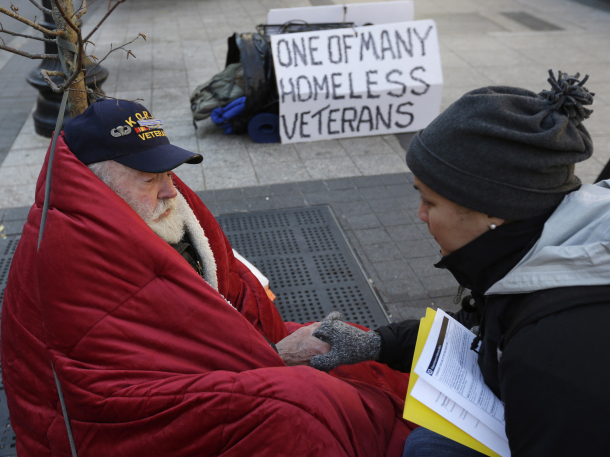 In this Wednesday, Nov. 20, 2013 photo, homeless Korean War veteran Thomas Moore, 79, left, speaks with Boston Health Care for the Homeless street team outreach coordinator Romeena Lee on a sidewalk in Boston. Moore, who said he accidentally killed his best friend with a phosphorous grenade during one firefight and spent months afterward at Walter Reed Army Medical Center in Washington, also said he has no interest in getting a government-subsidized apartment. (AP Photo/Steven Senne)

With the issue of Syrian refugees a main topic in the news today, 31 states are holding strong to their opposition of letting them into the United States. Some leaders say they either oppose taking in any Syrian refugees being relocated as part of a national program or are asked that they be particularly scrutinized as potential security threats.

In a letter to President Barack Obama, Gov. Greg Abbott said, “American humanitarian compassion could be exploited to expose Americans to similar deadly danger,” referring to the deadly attacks in Paris.

Some would say that this is a ridiculous view of the refugees and they should be welcomed to our country with open arms. Others are fully in Abbott’s corner.

As an American, I believe we should be worrying about helping out American veterans before we accept 10,000 people into our country. Not only will these refugees receive help with housing and jobs, they will receive much help from the government as they get on their feet in our country.

Why aren’t these same amenities being offered to the people who have served our country and need a helping hand? Why are these refugees our problem to deal with?

Even though I do agree that, as a nation, we can be a helping hand in the refugee crisis, I don’t believe it is right for the

refugees to take precedent over our veterans that are in need.

We live in a free country because of our veterans. Many innocent men and women put their lives on the line for you and me.

Without these people, who knows where our nation would be? My opinion has nothing to do with Abbott’s regarding the refugees and terrorism or having all refugees screened before admittance into the United States.

I just think that we already have enough problems and major issues to deal with in our country why add to the pile? 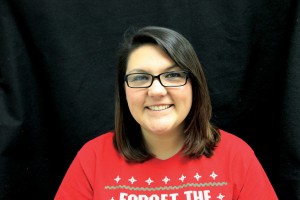 Kira has been a seasonal staff member for the Foghorn since 2013. She has served as our Associate editor and in Spring 2015 as our Editor-in-Chief.