Prominent filmmakers John Sayles and Maggie Renzi will visit Del Mar College on Feb. 8 to participate in a screening of the film “Lone Star” at Wolfe Recital Hall.

Mark Robbins, associate professor of history, discussed the importance of the two filmmakers’ work as well as how the film impacts our community.

“Sayles and Renzi’s films engage themes such as immigration, migration, labor and activism, which are similar issues that we deal with in our community,” Robbins said. 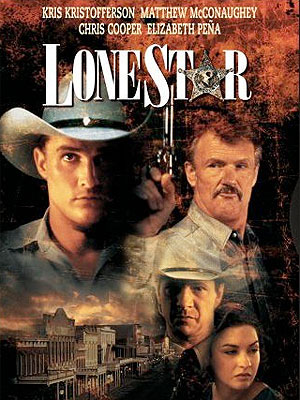 “Lone Star” takes place in South Texas focusing on issues such as larger-than-life political figures, the process of immigration and who holds power in local governments in the region.

“The film that will be played, called ‘Lone Star,’ is set in the South Texas area,” Robbins said. “It is fictional, but I think it talks about real conversations and issues that our region deals with. Such as larger-than-life political figures, the process of immigration, who holds power in local governments and how we look at history as well as the impact for all of us.”

Sayles and Renzi have been creative partners, in their life and in their art, since 1978. They met as students at Williams College in Massachusetts when John was a member of the Class of 1972 and Maggie was a member of the Class of 1973. Since then, Renzi has produced the majority of Sayles’ films as well as acted in them. Together, they approach their work with a passion that encompasses lyrical and political, as well as narrative elements. From their first feature, 1979’s “The Return of the Secaucus 7,” to their 13th feature, “Sunshine State,” the filmmakers have not wavered from their objective — to make films that explore ideas and relationships between people and places.

Sayles and Renzi have been creative partners, in their life and in their art, since 1978.

Robbins said he hoped the screening would help students understand history a little better. “Sometimes, a history book doesn’t always resonate for some,” Robbins said. “Film has this great potential with the visual imagery, textural analysis, good writing and great acting to engage multiple fields together through common conversations.”

“Lone Star” will be screened at 6 p.m. Feb. 8 at Wolfe Recital Hall. The film will be free and open to the public as well as a discussion/Q&A with Sayles and Renzi. The two filmmakers are to make an appearance Feb 8-9 with one or more classes on campus.