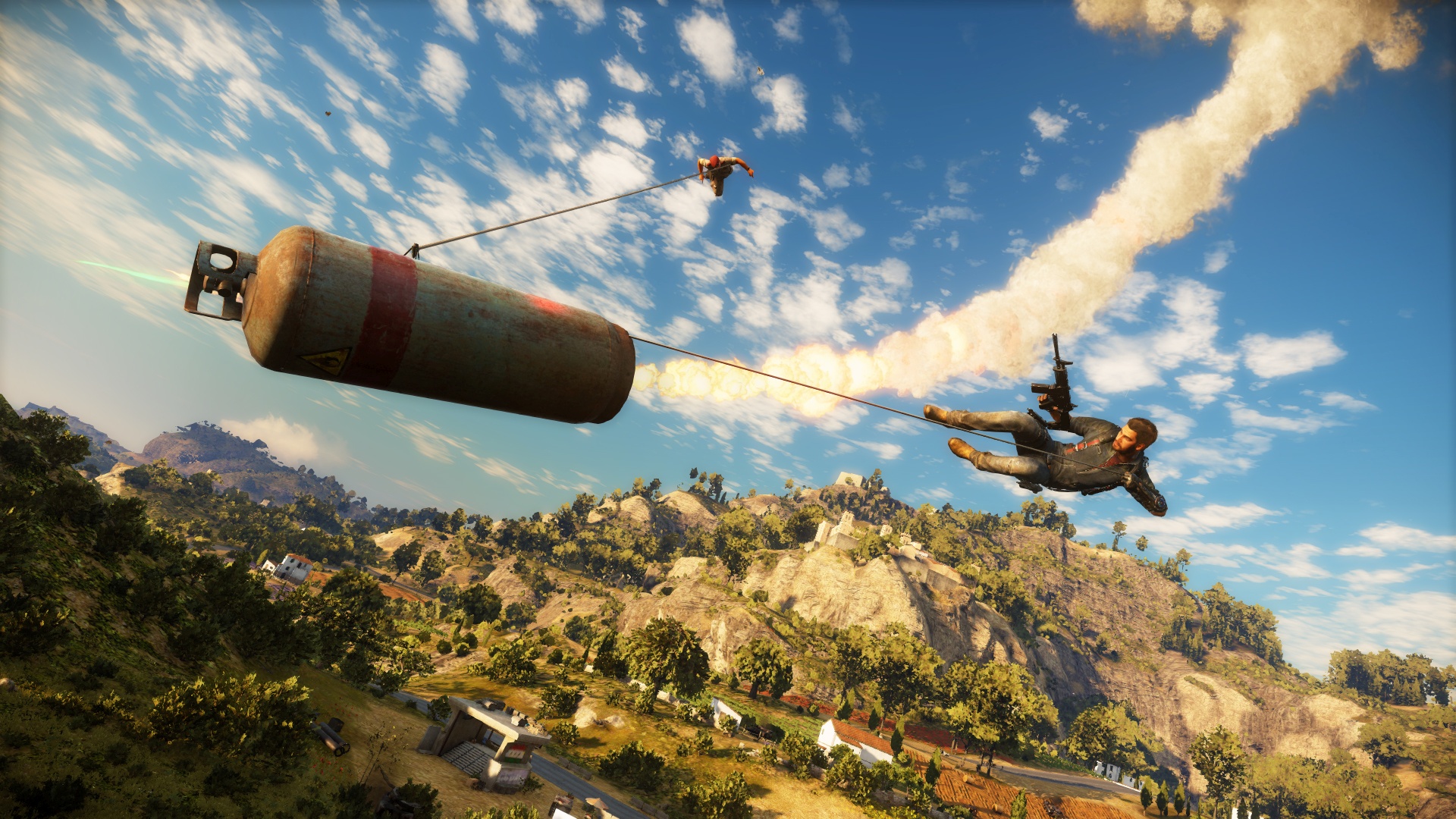 “Just Cause 3” is the latest installment in the popular open- world, third-person shooter series developed by Avalanche Studios. This series has come a long way since the first installment, in 2006, which was an almost overlooked Xbox exclusive. But it did well enough to spawn a sequel, expanding it to the Playstation 3, and was a huge hit in 2010. After a five- year wait, this game manages to be a fun thrill ride that gamers should go play.

The game takes place six years after the last game, where Rico Rodriguez returns to his home- town of Medici. But things are off as a ruthless dictator, Gen. Sebastian Di Ravello, has taken control of Medici from its towns and military outposts and bases. With the aid of his friends, Mario Frigo and Dimah, Rico sets out to liberate each providence and overthrow Di Ravello.

As the game installs, it lets you practice a bit with maneuvering with the grappling hook, wingsuit and an infinite parachute, which is good because you’ll be using each of these a lot. Rico’s grappling hook can be used to get to certain points quicker or break a long fall. But it can also be used to extend glide time with your wingsuit by reeling him in to gain speed, and also be a climbing tool with his parachute.

Rico Rodriguez (right) rides a flying exploding canister while having an enemy soldier attached to it going for a wild ride around Medici in “Just Cause 3.”

You do have weapons and explosives in your arsenal, but you can also eliminate your enemies with the grappling hook, reeling the cables in to have them slam into walls or dangerous hazards. The grappling hook can also be used to climb onto enemy helicopters, and you also can use the tethers from your grappling hook to slam them into the ground. The game does succeed in making you think of different ways to take down an enemy besides filling them full of bullets.

To unlock certain story missions, you must liberate providences by freeing small towns from Di Ravello’s control and wiping out military bases and outposts. Some military bases are protected with a defense system ranging from airstrikes, EMP blasts and even nuclear bombs. To successfully wipe out a base, you must complete a mission where you infiltrate a facility to shut down these defense mechanisms. At first this may seem repetitive, but there are many ways you can go about the approach such as using your grappling hook to take out fuel tanks and hacking a surface-to-air missile defense turret to turn the tide against enemy aerial attacks. Sometimes you’ll get rebels to fight alongside you to keep the enemy busy while you wreak havoc in the base.

The game also has challenges for explosives, weapons, grappling, wingsuit and more, which are unlocked by liberating towns and so forth. The higher your score the more gears you get, which are used to mod set category to help you in the long run.

The game isn’t without flaws. At times, the frame rate slows when too much is going on. The driving in the game can be clunky at times, and there are a few instances where a car explodes and when you have to protect your partner’s vehicle, the explosion from the enemy sends your partner flying and killing him, which can be frustrating. These bugs and glitches are not frequent so the game is playable from beginning to end.

“Just Cause 3” is a fun open- world experience with action and the many ways to take out your target make the game worth buying. It is available now on Playstation 4, Xbox One and PC.