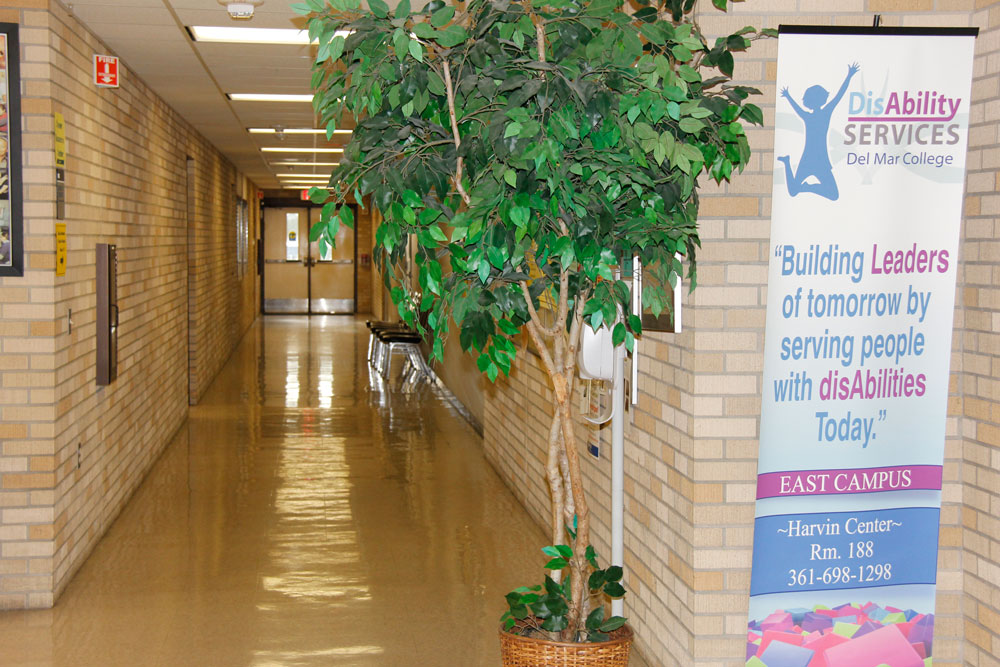 Lisa has dyslexia, which causes her to struggle with the basic student demands such as note taking and keeping up with the assigned reading.

The Del Mar College freshman registered with the disabilities office and has qualified for assistance in her class. But, after more than two weeks of searching, she has been unable to find anyone to take notes in her English class. The Foghorn has changed Lisa’s name at her request to protect her privacy.

According to Lisa, she has not only been unable to take notes, she has also not been allowed to record the lectures because of her professor’s policy.

“I talked to him about it and he says that even if I cannot find a note taker, I cannot record,” Lisa said. “It feels like I am running into a brick wall.”

Paul McCann, an associate professor of English and Lisa’s teacher, said he has several reasons for not allowing students to record his lectures.

“Recording in a classroom, to me, disrupts the classroom dynamic in a way that is not small,” McCann said.

McCann said his policies are geared to preserve academic freedom in the classroom, which is the ability of students and teachers to debate over intellectual thoughts without being judged or incriminated.

McCann believes that recording can make students feel uncomfortable and would give them a reason not to speak up during classroom discussion.

Not only is the ban on recording to preserve academic freedom, but also to help protect McCann’s intellectual property. “Professors own their lecture material. The degree to which that intellectual property then becomes compromised, because a student has a recording of a lecture or has PowerPoint presentations which they can distribute online and it’s just out there,” McCann said.

Note takers should have at least a 2.0 GPA and are paid $7.25 an hour by the Disabilities Services.
POLICY EXEMPTION

Matthew Perry, the chairman of the Department of English and Philosophy, said he would favor exemptions to policies such as McCann’s.

“If someone has a disability, the service or the entity that is providing the service needs to make a reasonable accommodation to provide that service. If in providing that service, the institution has to alter the information, then there is an exemption,” Perry said.

Daniel Fischer, who started as the new director of the Disability Services Office in July, realized there were problems with finding note takers. He has since made changes in the last two semesters, including creating new forms for teachers to hand out to students.

“Out of 17 classes that needed note takers, 11 of those classes have been filled this semester,” Fischer said.

Fischer was dumbfounded by the lack of volunteers in the remaining six classes.

“Why don’t students sign up? I mean if they’re coming to class, then why don’t they? I’m sure there are legitimate reasons why someone might not be interested, but you’d think there would be one,” he said.

Fischer plans to send specialists to those remaining classes without note takers to incentivize the class with hopes of recruiting. Note takers are paid $7.25 an hour for the notes they take.

Fischer believes the best case scenario for a disabled student left without a note taker is to take advantage of assistive technology.

McCann said he would be open to compromise with the student so she would not be left behind.

“If they can’t find a note taker then that’s unfortunate. I can perhaps find a middle ground in which what notes I have, I can hand over to them,” McCann said.

Perry and McCann both talked about alternative ways for recording lecture notes, including meeting with the teacher at a separate time.

If there are no voluntary note takers in her class, Lisa will have to communicate with McCann and the DSO to ensure that she is not left behind in her class.

Note takers should have at least a 2.0 GPA and are paid $7.25 an hour. Contact Anna Tischler in the Disability Services Office, Room 188 of the Harvin Center, if you are interested.

Students with disabilities are encouraged to visit the Disability Services Office in Room 118 of the Harvin Center. It can be reached at 361-698-1292.