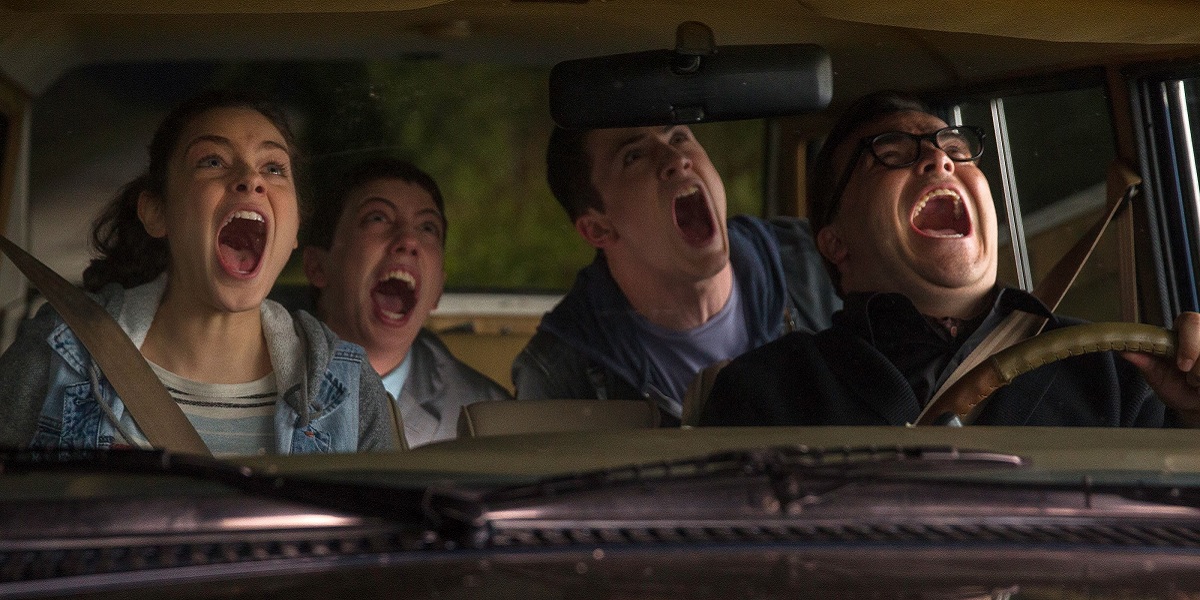 “Goosebumps,” a film directed by Rob Letterman, who also directed “Shrek” and “Monsters vs. Aliens,” is based on the book series of the same name. The movie was released in theaters on Oct. 16 of last year and is now on DVD. While the movie is not the best one to be released in recent memory, its fair amount of suspense and humor mean it definitely deserves to be watched.

Zach Cooper (Dylan Minnette) and his mother have recently moved from New York to Madison, Delaware. Things seem boring, but when he meets his neighbor Hannah (Odeya Rush) and her secretive father, Mr. Shivers (Jack Black), Zach is pulled into an adventure he won’t soon forget.

The movie gives a great blend of action and a little suspense common for the “Goosebumps” franchise.

Shivers possesses manuscripts to the entire “Goosebumps” series, and when these manuscripts are opened, they release the monster within the book. Now Zach, Hannah, Shivers, and Zach’s friend Champ (Ryan Lee) must stop every monster that R.L. Stine has ever created before they destroy the town.

While the acting from the younger members is not as great as one would hope, Black gives a solid and humorous performance as Shivers. The supporting cast also adds to the tone of the movie with Jillian Bell, who plays Zach’s lonely and awkward aunt, standing out as a fun character. The movie gives a great blend of action and a little suspense common for the “Goosebumps” franchise.

While the plot moves at a rather fast pace, the action is almost nonstop. The cast narrowly escapes encounters with a few of Stine’s many monsters, each one offering a different scene that is sure to entertain. The movie itself doesn’t have much in the way of depth, and unfortunately major character development is severely lacking.

“Goosebumps” is definitely an entertaining movie. However, viewers looking for more than a nice little movie with good effects are going to be disappointed. The movie should be saved for the small screen. Viewers looking for a fun movie to watch are certain to enjoy this one.